It is very much review season in F1 as team members head off for a well-deserved break over Christmas and people reflect on the 2015 season.

In keeping with tradition, F1i will be looking back at the best performances from drivers and teams this year, as well as some of the technical updates and innovations that were introduced over the past 12 months in pursuit of more performance.

And, in order to provide a full review of some of the better parts of this season, forgive us for indulging in a look back at some of the best grid girls of 2015. Something tells us Max Verstappen would pick Austria as his favourite weekend.

We even had grid boys in Monaco - much to Sebastian Vettel's annoyance - and a mix of boys and girls in Brazil, but probably not quite enough to warrant another gallery just yet...

Follow the link below to check out the 2015 gallery. 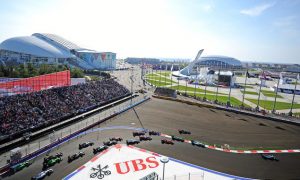