The team behind F1i looks back at how the six rookies - Max Verstappen, Felipe Nasr, Carlos Sainz, Will Stevens, Roberto Merhi and Alexander Rossi - fared in 2015 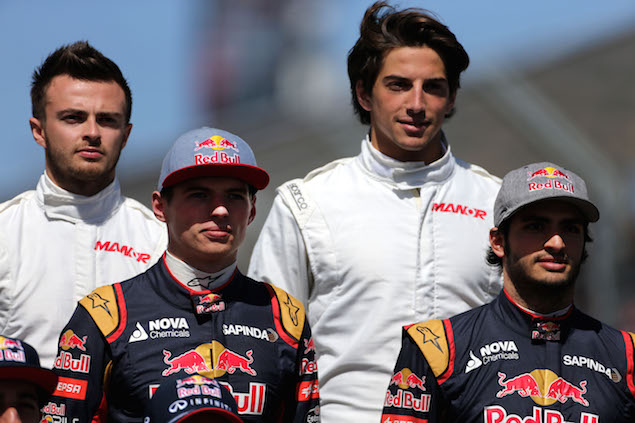 2015 saw the status quo maintained at the front of the field, but there were a number of new faces as a quarter of the grid was made up of drivers entering their first full F1 seasons at the first race in Australia. Well, it would have been if Manor had raced, but you get the point...

With a sizeable chunk of new talent on the grid - and Alexander Rossi making his debut later in the year - F1i has given each of its contributors the opportunity to review how the rookies got on and if they are likely to be one-season wonders or emerging stars.

The five writers - Chris Medland, Eric Silbermann, Julien Billiotte, Phillip van Osten and Justin Hynes - have been asked to submit their thoughts and a score out of ten for each driver which will result in every rookie getting an average score. And to keep everyone honest, they weren't allowed to see each other's submissions.

Up in my attic I’ve got the original LP soundtrack of the film “Grand Prix.” It contains the following blurb: “The Formula One driver is a remarkable person. Today only 20 or so men are qualified to drive these machines whose design gives them the aspect of a slightly flattened cigar.” That might have been true in 1966, but it’s hardly the case now with an assorted hotchpotch of rookies all seemingly capable of giving it a go. But how do you rate them, when they’re usually sitting in cars with which even Lewis Hamilton would struggle to score points? In most cases, it’s a case of close but no…cigar.

So, in reverse championship order, the following pages provide the F1i view on how the new boys fared in 2015.