With rumours circulating that Mugello is being lined up to host a round of the 2020 Formula 1 world championship, former F1 driver Mark Webber has warned that the circuit could have a brutal impact on drivers.

Mugello typically hosts the annual Italian round of the MotoGP motorcycling world championship. However the disruption caused by outbreak of the coronavirus pandemic has led to this year's event being cancelled.

With F1 keen to find venues in Europe to replace events in Australia, Monaco, Azerbaijan, Singapore and Japan, Mugello has now come into the picture as a possible host circuit.

Currently F1 has just eight confirmed rounds on its 2020 schedule, all of them in Europe, starting with the Red Bull Ring in Spielberg, Austria on July 5 and ending in Monza on September 6 - making Mugello an ideal candidate for a second Italian race.

But Webber says that Mugello is a very different beast from the usual tracks that F1 goes to these days, and that its superfast configuration could take a huge toll on drivers especially so soon after an unprecedented seven month lay-off from racing.

“Not one driver’s head is going to stay on around that track," the Australian cautioned in an interview with the F1 Nation podcast from the official Formula1.com website this week.

"If they race in Mugello their necks are going to snap in half with those cars around the back," he added. "It’s so, so quick."

Webber himself has some very relavent knowledge of the subject. He tested there for Jaguar in 2003 and for Red Bull 2012, and commented afterwards that doing ten laps at Mugello was equivalent to 1000 laps of Abu Dhabi in terms of sheer driver satisfaction.

He put the difference down to the fast. flowing nature of the Mugello layout creating significant amounts of G-force, together with a long 1km straight adding to the demands facing the drivers.

But despite - or perhaps because of - the challenges involved, Webber is all for F1 heading to Mugello this autumn. 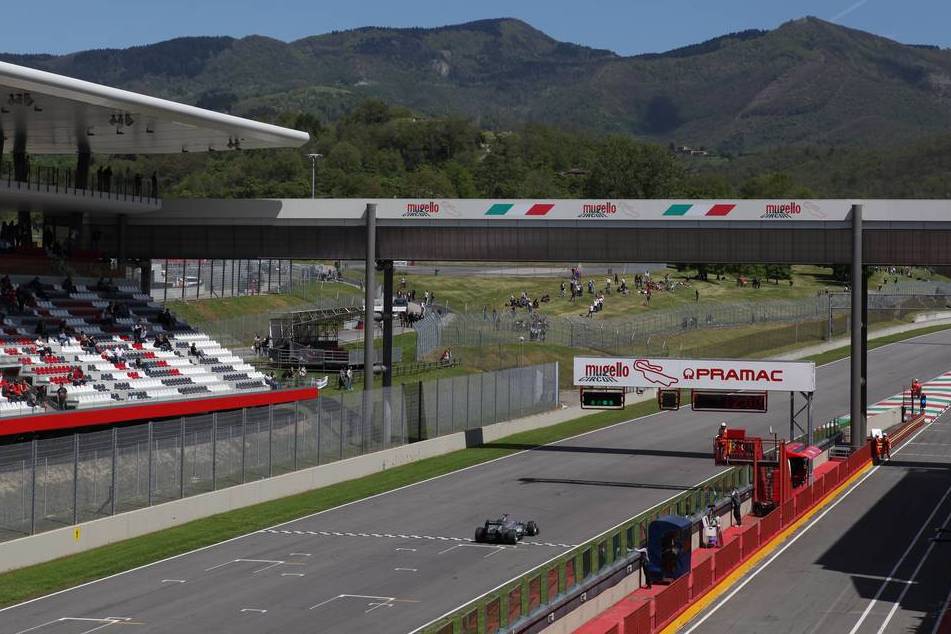 “I think it will be brilliant. I tested there and it’s very, very, very, very quick, so good – bring it on!" he said, adding that he couldn't wait for the season to finally get started - and neither can the drivers.

“They’re like caged lions at the moment. They’re ready to go,” he said. “It’s going to go from rustiness to being super-sharp.

"Then to be tired or tired-ish mentally, because you’re going to have to come out of the gates well in terms of your confidence in the car, tyres, aero.

“In Formula 1 we like to have a bit of time to get ourselves settled," he continued. "That’s also on the engineering and technical side. But [the races] are going to come at you pretty quick.

“If your confidence is high, bring it on, bring the races on, if you’re flying, you’ll have one every weekend," he commented. "But if you are a little bit on the back foot I think the guys will say: ‘Yeah, well, it’s getting a bit tricky, it’s hard' or whatever."

“They’re all in the same boat, that’s the great thing about it. No one is coming back from an injury or [coming in] mid-season or whatever.

A number of teams including Mercedes have been able to arrange private tests in advance of the resumption of racing in order to help the drivers and the pit lane personnel as a whole to shake off the cobwebs.

But Webber said that this was unlikely to make much of a competitive advantage when it came ot the first day back at school next month.

"There’s been a few guys been able to run old cars and whatnot," he acknowledged. "But ultimately when they drive out the pitane in Austria [they will] have basically what is a serious test session with a race on the end of it, and world champions points at stake.