Nine-time Grand Prix winner Mark Webber believes four-time world champion Sebastian Vettel needs to spend a year on the sidelines to "reinvent" himself before returning to F1 and competing at the front.

After a five-year spell with Ferrari, Vettel will leave the Italian outfit at the end of the 2020 season, hopefully with more wins under his belt, although securing that elusive title with the Scuderia will be a tall order.

The relationship between the German and his team appears consumed, and few predict a happy campaign for the pair in the coming months.

But Webber, who spent five seasons alongside Vettel at Red Bull Racing, believes Ferrari will eventually miss a driver of the calibre of Vettel.

"Seb, under that [Ferrari] regime, they did what they could, but I think he’s literally just run out of puff there," said the Aussie in an F1 Nation podcast.

"He’s clearly not getting out of bed motivated to drive a red car.

"Yes, he’s had some challenging times at Ferrari, no question about it, but I still think they will miss him – short term they’ll miss someone of his experience and vision." 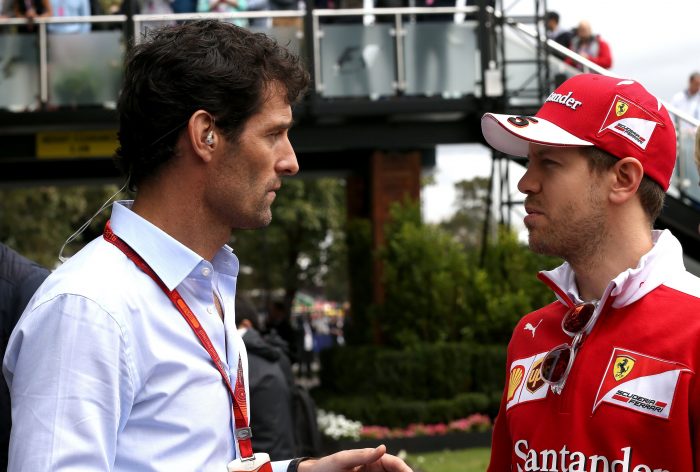 Vettel's options for 2020 appear limited, with barriers of entry erected at Red Bull and Mercedes. A seat is available at Renault but many doubt the 32-year-old would resort to taking a step back and racing in the midfield.

A plush retreat seems like Vettel's most likely alternative, but Webber sees his former teammate jumping back into the fray in 2022, if the right offer comes along.

"I think he’ll have a year off," he said. "I hope for all of us he can rejuvenate himself and get back into the spirit of wanting to be competing at the front again in Formula 1.