Ex-F1 driver Stefan Johansson, who manages the career of five-time IndyCar champion Scott Dixon, says the Kiwi would have been world championship material had he raced in F1.

Johansson competed for over seven years in Formula 1 and is one of the rare drivers to have raced with both Ferrari and McLaren.

While the Swede's post-F1 career took him into various categories of motorsport, he also established himself as a very efficient manager, guiding the career of Dixon among others.

And Johansson, speaking on F1's latest 'Beyond the Grid' podcast, believes that his protégé would surely have been a title contender in F1 had he been in the right place at the right time.

"It was just timing," said Johansson when asked why Dixon never made it to F1. " When he won the championship the first time [in 2003], we had the test with Williams, which went very well.

"And we were due to have a test with Ferrari as well, we had some meetings with [then Ferrari team boss] Jean Todt. They wanted to do a test as well.

"But with Williams, BMW was the main partner and they didn’t want a rookie in the car, basically.

"So at the time we managed to leverage that in getting a really, really, really good deal from Chip [Ganassi] for IndyCar, so we ended up in IndyCar, and that’s where the career ended up going." 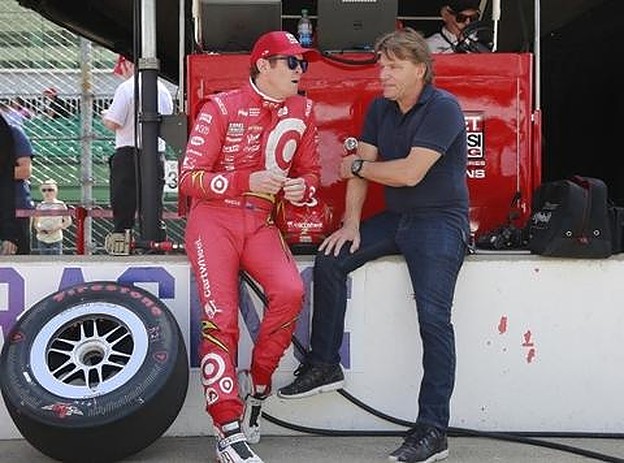 With 47 wins and five IndyCar titles under his belt, Dixon's career n the US has been massively successful. Still, Johansson regrets the Kiwi never made it to Grand Prix racing.

"I think he would have been world champion," he said. "In F1 you have to be in the right car at the right time. Timing is so crucial in F1… but if all the stars had lined up, no question he would be world champion.

"I think he’s absolutely one of the best in history of any category, in my opinion."

Brown: 2020 season could end up being shorter than hoped