Bernie Eccletone moved to defend his controversial comments on racism in motorsport expressed earlier this week and which were heavily criticized by Lewis Hamilton.

In an interview with CNN Sport released on Friday, Ecclestone downplayed the importance of racism in the sport and minimized the impact on Hamilton's career of the discrimination the six-time world champion claims to have endured.

Ecclestone, who insisted he was not a racist, praised Hamilton for his racial injustice activism and his fight for more diversity but doubted it would have any bearing - good or bad - on F1.

The 89-year-old's controversial words were met with a barrage of criticism, by Hamilton, who called the comments "ignorant and uneducated", and by F1 itself which distanced itself from the Briton, revealing that the latter was no longer Chairman Emeritus of F1.

But in an interview with The Mail on Sunday's Jonathan McEvoy, Ecclestone hit back at his critics, defending his reputation as someone for whom race was of no importance but also claiming that it was now "suddenly fashionable to talk about diversity".

"I am not anti-black people," insisted Ecclestone. "Quite the opposite. I have always been very much in favour.

"In fact, Lewis’s dad wanted to go into business with me. He made some nice rowing machines. I would never even have considered it if I had been anti-black. If the project had been right, I would have done it.

"I’ve been mugged a couple of times, once by three black guys. I ended up in hospital, but even after that I was never against anyone who was black. I don’t think of Lewis as black or anything else. He’s just Lewis to me. 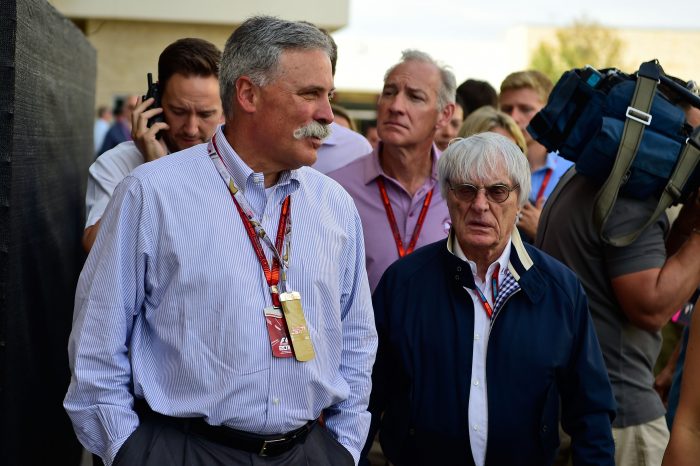 "If a black person or a white person gets turned down for a job you have to ask why. Was it because of their skin colour, or was it because they weren’t up to the job? That is what I was saying.

"And then people go on these marches, organised by quasi-Marxists who want to bring down the police, which would be a disaster for the country. If you asked most of them what exactly they were protesting about they probably wouldn’t know."

Any amount of common sense that tinted Ecclestone's comments evaporated when he felt the need to compare being black with being "short"!

"It’s not my fault I am white, or that I am a little shorter than the next man," he said. "I was called Titch at school. I realised I had to do something about it. Black people should look after themselves.

"[Former McLaren boss] Ron Dennis didn’t stand in Lewis’ way when he was a boy. He looked after him. Willy T [Ribbs] was the first black man to drive an F1 car, for me, in the seventies.

"When I lost my driving licence, I had a black driver, not because he was black, but because I didn’t care whether he was black or white. Now it’s suddenly fashionable to talk about diversity." 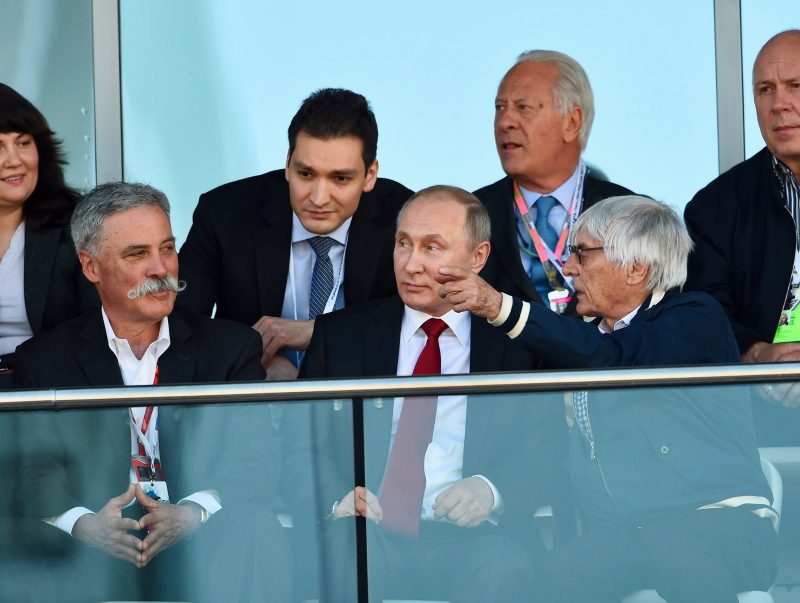 Formula 1's claim that Ecclestone had lost his status as 'Chairman Emeritus' was apparently news to Mr. E who cautioned F1's chiefs against any attempt to try and ban him from any races in the future.

"I wouldn’t advise them to do that," he warned. "They might want to try it in Russia [where Ecclestone enjoys a close personal relationship with Vladimir Putin]. I think I could probably find a pass.

"When Chase [Carey- F1 CEO] asked me to step down, he made a big thing about how important the title he was giving me was. People in America would kill for it, he told me.

"It didn’t matter to me. I’m not bothered about titles. I turned down something bigger in Britain. I was made a doctor by an English university (Imperial College London) 20 years ago. I don’t go around calling myself Dr Ecclestone.

Ecclestone's rebuttal then morphed into a personal gibe at Carey.

"I’m glad he said I have no involvement in Formula 1, so I can’t be credited with all the things they’ve not done.

"They have jumped on this racism thing suddenly because of events in America. Now Chase has put in all of $1million — enough to get a mechanic into go-karting.

"Maybe he should concentrate on doing what the shareholders want. Covid was good for him. He could blame everything he hasn’t achieved on that."