Claire Williams has explained Toto Wolff's recently reported 5% stake in Williams Grand Prix Holdings which was not the result of a recent purchase of shares.

Last month, reports claimed that the Mercedes F1 boss had acquired a shareholding in Williams, a publicly traded company, shortly after the latter's announcement of a strategic review and possible sell of part or all of its assets, including its F1 team.

However, Williams explained that Wolff's 5% stake is in reality residual equity from the Austrian's original 15% holding in WGPH that dates back to 2009, when Wolff invested in the company before becoming an executive director in 2012.

Wolff parted with his shares in 2016 through a sale to American businessman and Williams non-executive director Brad Hollinger. However, that transaction was only partially completed.

"Toto, as everybody knows, bought a shareholding a long time back now, back in 2009, from Frank [Williams] and Patrick [Head].

"He then obviously subsequently joined Mercedes, and as part of that move, he obviously had to divest his shareholding.

"Brad Hollinger, who is one of our minority shareholders at Williams and a non-exec director, bought the majority of those shares from Toto, but has not completed on that remaining 5%, so they have returned to Toto’s hands.

"Toto has not bought new shares in the business in the recent past or new past. It was just an issue with a transaction." 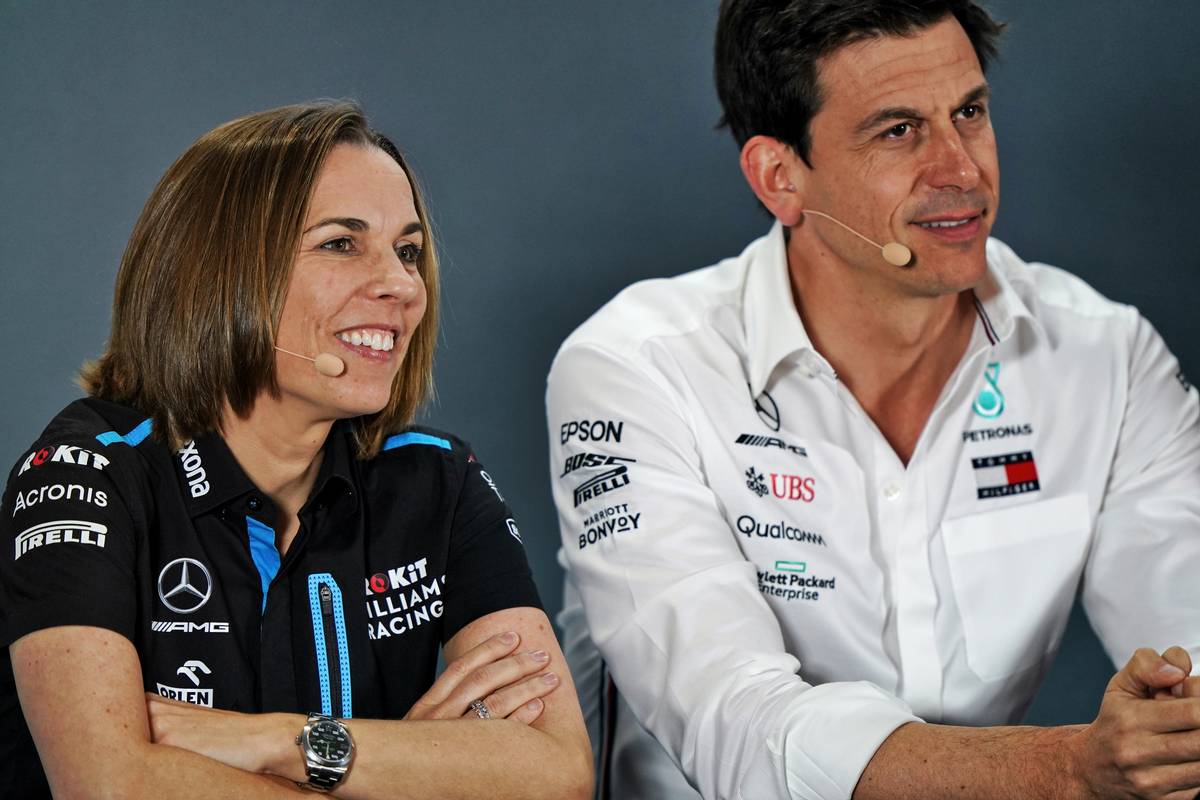 Williams' strategic review is still underway and has engaged in talks with potential "high quality" investors and take-over candidates.

"As everybody knows, Williams is a listed company," said Claire Williams. "We have to operate as per the Takeover Code and Panel, and their guidelines that they dictate. That's why the strategic review process is as it is.

"We are looking for either investment into the team, the divestment of either a minority or majority shareholding, or full sale.

"We're still thinking along any of those lines. The options are available to us, and it will be the board's decision as to the best option that's put on the table."