Mercedes looked all set to walk away with another dominant 1-2 victory in today's Hungarian Grand Prix, but a rare miscue on the starting grid nearly proved a disaster for Valtteri Bottas.

Starting fro second place on the grid alongside his team mate Lewis Hamilton, Bottas visibly moved forward before the lights went out. Then when the race did finally get underway he lost multiple positions

The 'jump start' was reviewed by the race stewards and could have resulted in a costly penalty, but ultimately it was decided that Bottas had fully stopped the car in time before the lights went out.

Even so the places he lost as a result of the scare ended up proving too much to overcome, and he narrowly failed to hunt down Max Verstappen in the final laps to reclaim second.

“It was a pretty bad race, to be honest for me,” Bottas said after the finish. “Starting second, the goal was to win the race - but I lost a lot at the start

"I reacted to a light in my dashboard," he explained. "It went off and I don’t know what it was

"But it changed my dash, and I reacted to that instead of the start lights, so I got the anti-stall in.

"I had to do the start again and lost a lot of time," he lamented. ""I lost [the race] there. No problem but obviously I lost many places, and made the race difficult and I was fighting right to the very end.

Bottas and his Mercedes engineers pulled out all the stops to try and find a way to put him back into contention. He was one of the first drivers to pit for slick tyres, and made a surprise extra stop from third place on lap 50 to take on fresh rubber in the hopes of catching Verstappen. 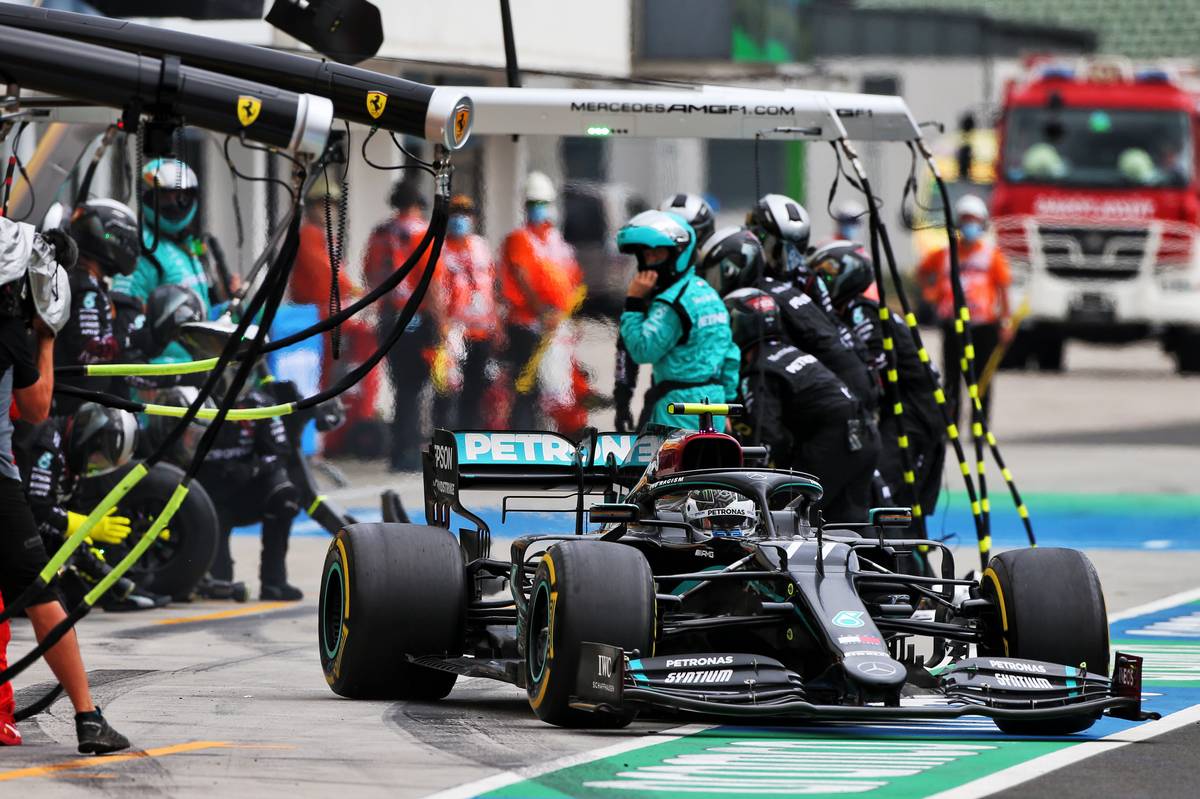 "It was worth the gamble, really," he insisted. "It gave me that difference in the tyre life, but it didn’t quite pay off today."

"[I was] fighting to the end, it was pretty close with Max, but still good points."

Not only did he not manage to catch verstappen before the chequered flag, he also lost out to Hamilton over the extra championship point for fastest lap, after Hamilton made a late stop of his own to seal the deal.

Sunday's result means that Bottas has lost the lead in the drivers championship to his team mate. Hamilton is on 63 points compared to his own 58, but both men have a significant 25 point lead over nearest rival Max Verstappen just three races into the season.

Bottas brushed that off and said he was looking forward to the next races, which consist of a double header over consecutive weekends at Silverstone. "I think the car will hopefully be good there.

"I’m looking forward to going to Silverstone,'" he said. “But again, plenty to learn from this weekend to be stronger at Silverstone.”