Kevin Magnussen put Haas back into the points in Hungary thanks to a bold pre-race strategy call from his team that put the Dane on medium tyres for the start of the race.

A wet track compelled the field to line up on the grid on Pirelli's intermediate compound, but Haas was an outlier, bringing its drivers into the pitlane at the end of the formation for a switch to the medium compound.

The move paid dividends immediately for Magnussen who stormed through the pack in the opening laps as the track gradually dried out, running as high as third.

The Dane held his own for as long as possible until he swapped his mediums for the white-walled hards on lap 37. But the change kept him in the points, his efforts yielding a well-deserved P9 finish.

"Really strong for them to give me that trust to put me out on dry tyres in those conditions. It wasn't easy and it was really risky.

"It worked out, the pace was there to get the tyres alive and then move all the way up. I started from the pitlane, and a after a few laps I was P3 or something, fully back in the race." 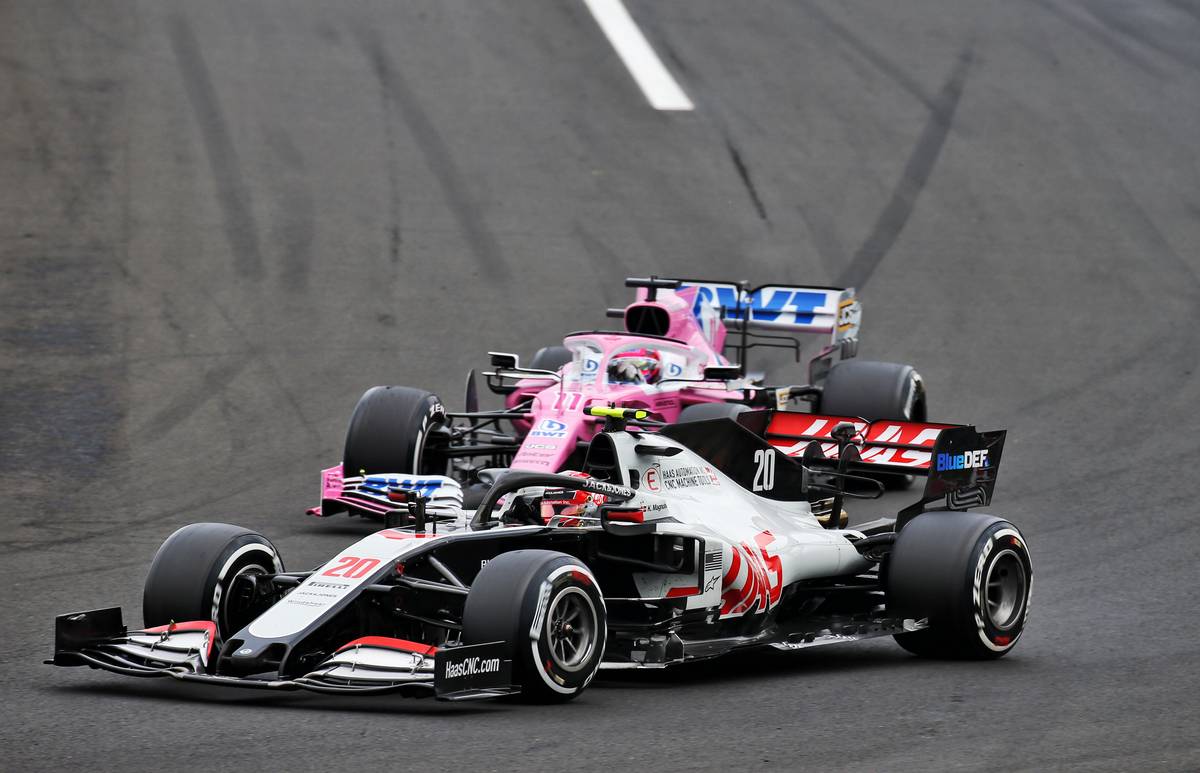 But Magnussen knew he was a bit ahead of himself at that point in terms of his race position.

"I knew from there that P3 wasn't for us, but I just thought I would try and hang on to it as much I can," he admitted.

"I was thinking, trying not to judge where I might be able to hang on, because there was no point trying to hang on to P4 or P3, I would just lose too much time.

"So I was thinking and asking the team 'where do you think I'm going to be?', and eventually it was P9. I held on to it, opened the gap to Ferrari, who would have thought that..? I was able to keep the McLaren away."

Magnussen believes the result achieved in Hungary proves the strength of Haas' VF20 in race trim.

"It just shows what good car we have in the race and it proves that the team has done an amazing job. Even though we're struggling a little bit in qualifying, we are strong and we can do good races."

Vettel not surprised Ferrari was lapped in Hungary