Mercedes principal Toto Wolff insists that despite a strong start to the 2020 season for the team, title success is far from cut and dried and that their rivals were far from down and out.

The squad has won all three of the races so far this year, with Valtteri Bottas triumphant in the season opener in Austria, followed by back-to-back successes for Lewis Hamilton.

It means that Mercedes have amassed 121 points in the constructors championship compared to just 55 points for Red Bull, while the beleaguered Ferrari team is down in fifth place in the standings.

But Wolff denies that the problems currently being experienced by his main rivals have taken the pressure off his own team. Instead he insisted that it was vital that the Silver Arrows pressed home their advantage while it was there, as things could quickly change.

“The gaps are nothing," he insisted in an interview with RACER magazine this week.

"If you look at the drivers’ points standings, it’s 30 points after three races that we have with Lewis to Max [Verstappen]. You have one DNF and the gap is gone, so you just need to keep going.”

Verstappen himself was the first retirement of the season in the opening race but since then has clinched consecutive podiums to put himself back in the running despite appearing to struggle at times in Hungary only to come good when it mattered on Sunday.

“I’m not sure I’ve seen the competition fall apart,” Wolff insisted. “You can see that Red Bull was struggling all through the weekend, and then they had a pretty decent race car."

Verstappen has been lucky to even start that race after spinning off in wet conditions on his way to the grid. Wolff said he was impressed by the work that the Red Bull engineers had pulled off in pressured situation.

"A car that didn’t look like it could start and the mechanics did a really awesome job in the car there," he noted. 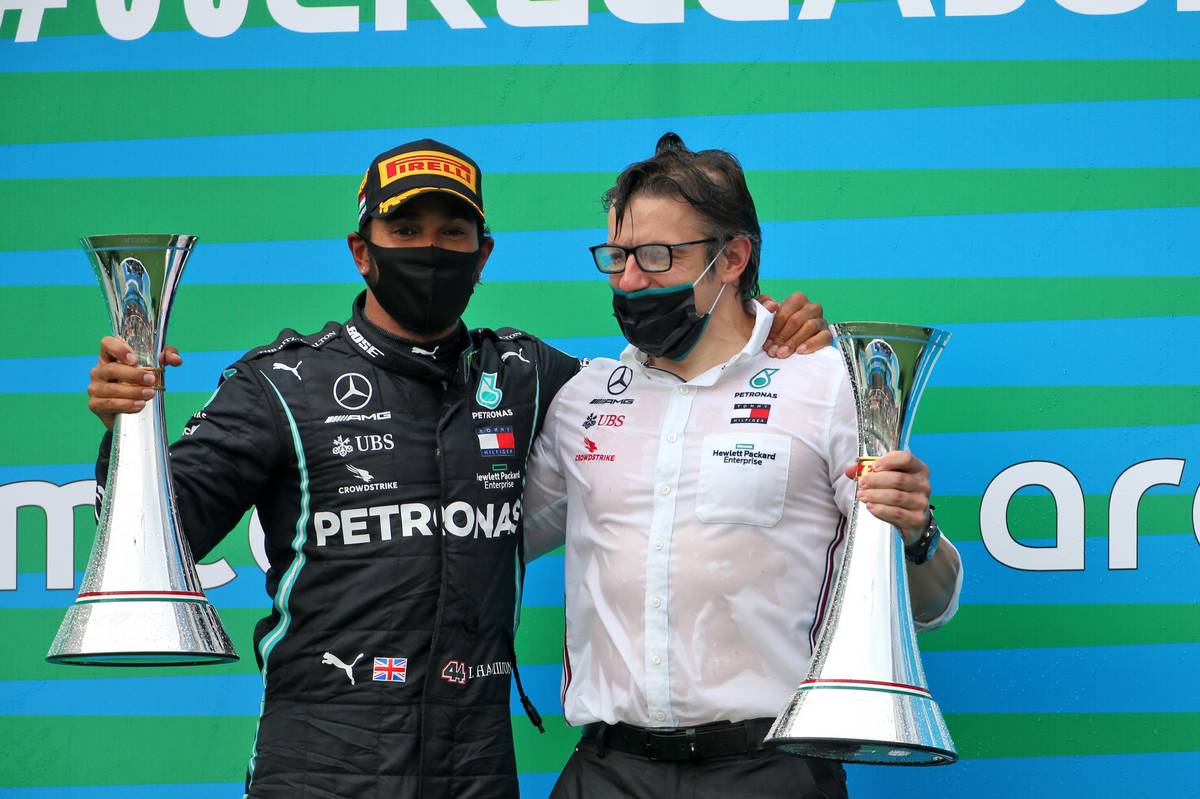 Asked what Mercedes' biggest current advantage over their rivals was, Wolff said it was a 'multitude' of factors that needed to come together to make a world championship-winning team.

"It’s never one thing," he insisted. "It’s the investment in the right resource, it’s the amount of innovation that we’re able to extract from our research and development.

"Is the aerodynamic concept right, or was the engine development done with the right strategies?

"It is not only on the engineering side which we talk all the time, but in every single area," he continued. "It’s marketing, it’s communications, it’s social media, it’s sponsorship.

"It’s a multitude of points that come together, different aspects coming together," he added. "This is what makes the team more successful I believe.

“Fundamentally, it all comes down to the people that are in charge. We have seen over the years that generation after generation have come up, have taken responsibility and accountability and have added to the team’s performance

“Nevertheless, we mustn’t be carried away with thinking that we are the greatest - because then you start quickly losing.”