His team mate, outgoing double champion Jean-Eric Vergne, won the race and between them their efforts ensured that Techeetah also secured the team title for the second year in succession, with two races still remaining in this year's all-electric series.

It was the fourth race of the week to be held at the city's Tempelhof circuit, with two more races to come to conclude a season that has been highly disrupted by the coronavirus and the shutdown of motorsport world wide.

Vergne and da Costs had qualified for the front row of the grid after coming top in superpole earlier in the day, ahead of Nissan eDams team mates Oliver Rowland and Sebastien Buemi who locked up row two.

The race saw an early safety car when yesterday's race winner Max Guenther's BMW collided with the NIO of Oliver Turvey. The damage meant Turvey finished in last place with Guenther the only retirement of the day, while Envision Virgin Racing's Robin Frijns was unable to take the start.

When the safety car came in there were reports of rain in various parts of the track. While varying in intensity in different parts of the circuit, it never became heavy enough to significantly impact the race. 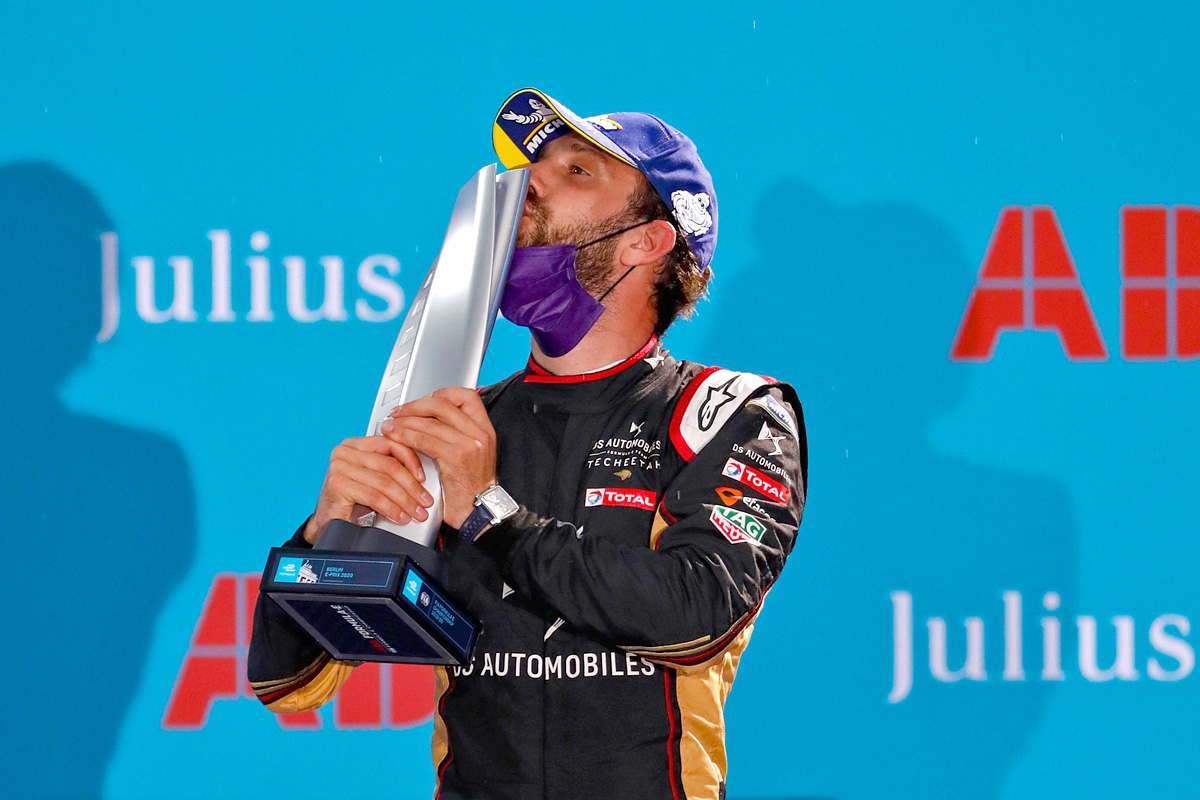 Dominant from the start of the race, da Costa and Vergne took turns in the lead in a clever strategy to ensure the battery didn't overheat and in an effort to save energy.

The only time that the two Techeetahs were under threat was a brief spell when Rowland was able to use Attack Mode to his advantage, but that was swiftly neutralised with Vergne and da Costa pulling away to safety.

As the race neared its conclusion, Buemi appealed to the eDAMS pit wall to allow him to pass team mate Rowland in a bid to take the fight to the leaders but by this point it was to no avail. 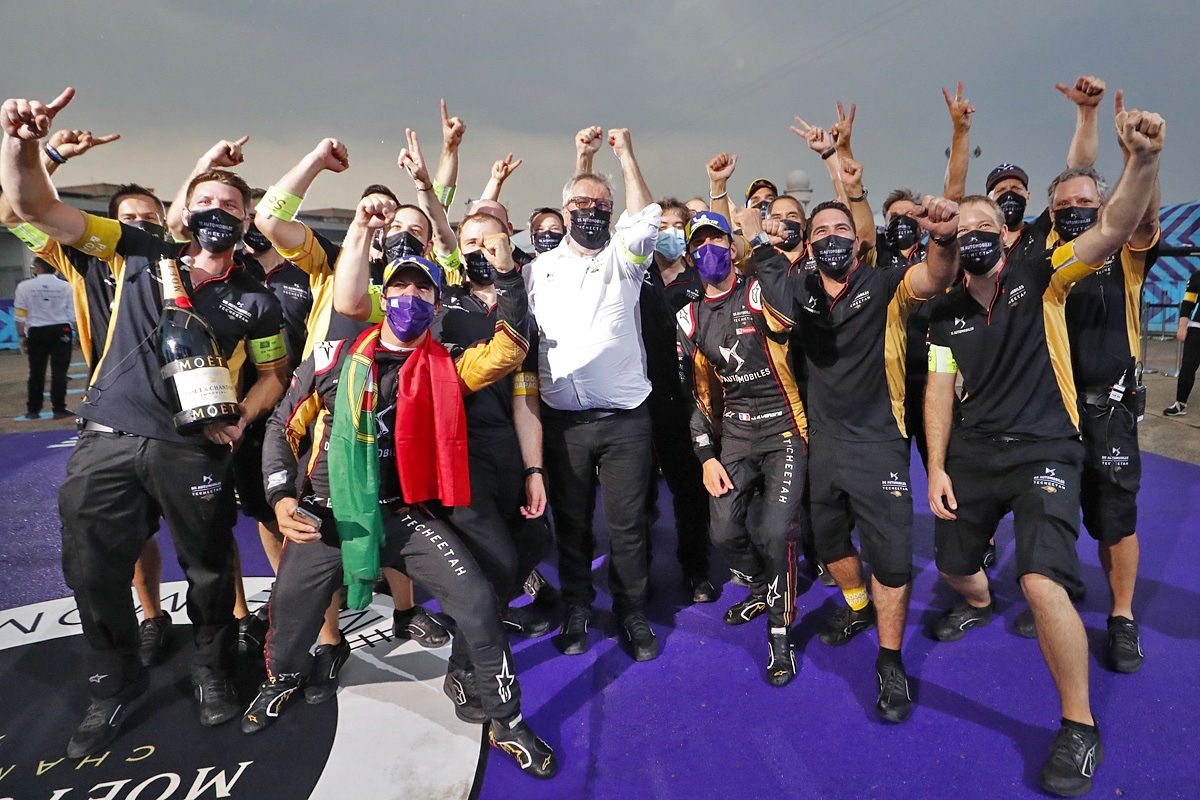 Rowland subsequently lost a further position to Nyck de Vries in a final lap strike from the Mercedes. Rowland did manage to hold on to fifth ahead of Audi's Lucas di Grassi, who used FanBoost to get ahead of Jaguar's itch Evans.

Andre Lotterer, Alex Lynn and former F1 driver Felipe Massa rounded out the top ten in the points, with Sam Bird just missing out in 11th followed by Stoffel Vandoorne.

The result of today's race gives da Costa 156 points, an unassailable 76 oint lead over Vergne, with Guenther 11 points further back in third, tied with di Grassi despite today's retirement.

In the team standings, Techeetah have 236points compared to 121 for eDAMS meaning that they cannot be caught in the remaining two rounds which take place on Wednesday and Thursday evening. 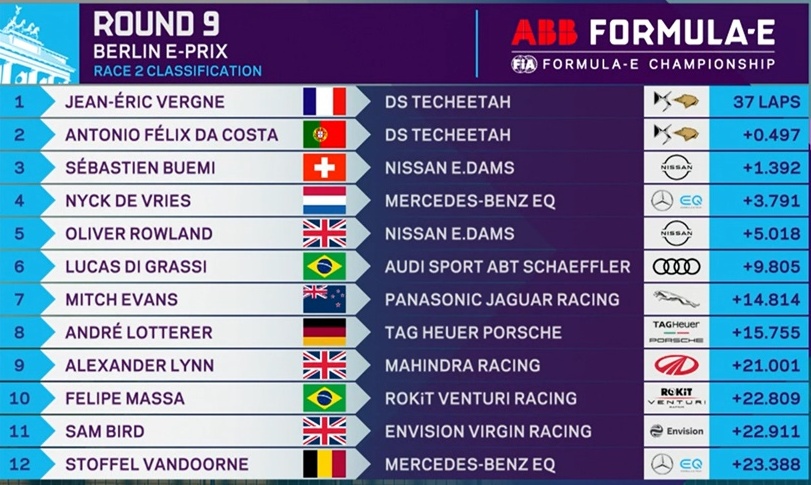 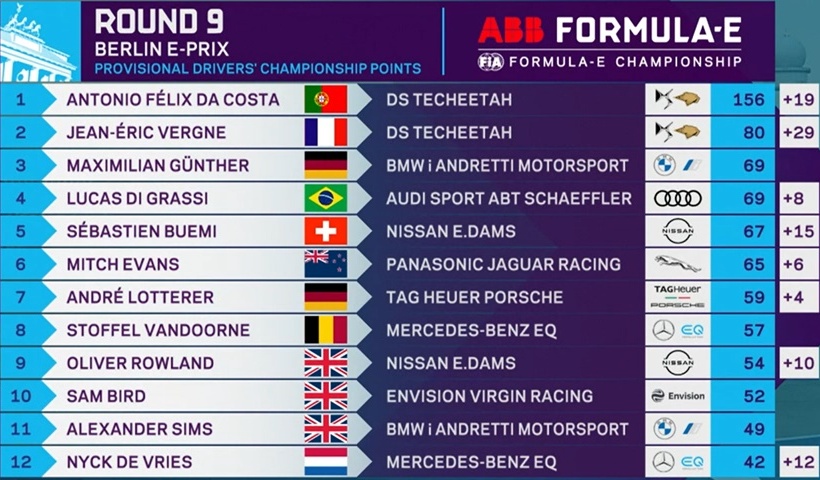