For Abiteboul, who recently signed up Alonso for a two-year contract with Renault in F1, the sooner the Spaniard completes his Indy 500 bid, the better. 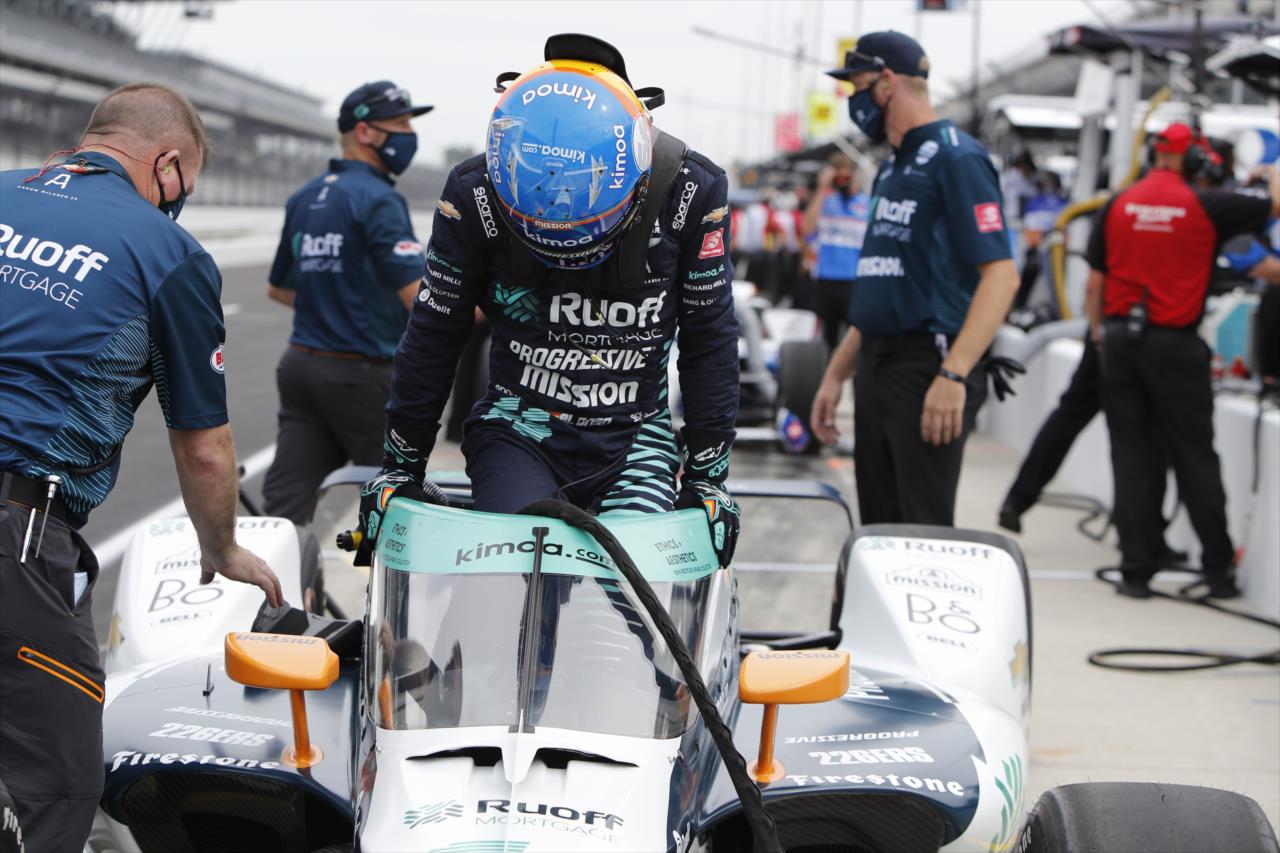 And the Renault boss confirmed his driver's words that Alonso would not be allowed to return to the Speedway while racing in F1 with Renault.

"Very straightforward," Abiteboul said. "The answer is that actually I'm hardly breathing until next weekend, actually, that he is stepping out of his racing car in Indianapolis.

"But I can be very clear that once he's with us, that's for good, and for a while. So no distractions."

Alonso resumed his on-track activities at Indy on Friday, the two-time F1 world champion clocking in 25th fastest at 229.788 mph in the 'Fast Friday' session that preceded Saturday's first day of qualifying for the Indy 500.

"Today was a good day," said Alonso. "I think after yesterday’s issue, the team did a very good job overnight and the car was ready in the morning.

"So, we maximised the number of laps we had available today and the number of sets. Because we saved some in the previous day so we had more today so it was a very good test day for us today and useful information.

"Let’s see tomorrow what the speed of the car is."