McLaren has yet to identify the source of the cooling issues impacting Carlos Sainz's car since Silverstone, despite a chassis change that has not solved the problem.

Last weekend, Sainz's MCL35 was running several degrees hotter than the sister car of Lando Norris, forcing the team to open up the MCL35's cooling ducts, a change that impacted the McLaren's aerodynamics.

Having failed to trace the source of the issue, McLaren rebuilt Sainz's car around a new monocoque. Unfortunately to no avail.

"At the moment, we haven't really solved the issue," Sainz said after Friday's practice at Barcelona.

"We still see some discrepancies across the two cars, especially with my car obviously we're having to run still with more cooling on the car, which costs quite a lot of lap time around here. 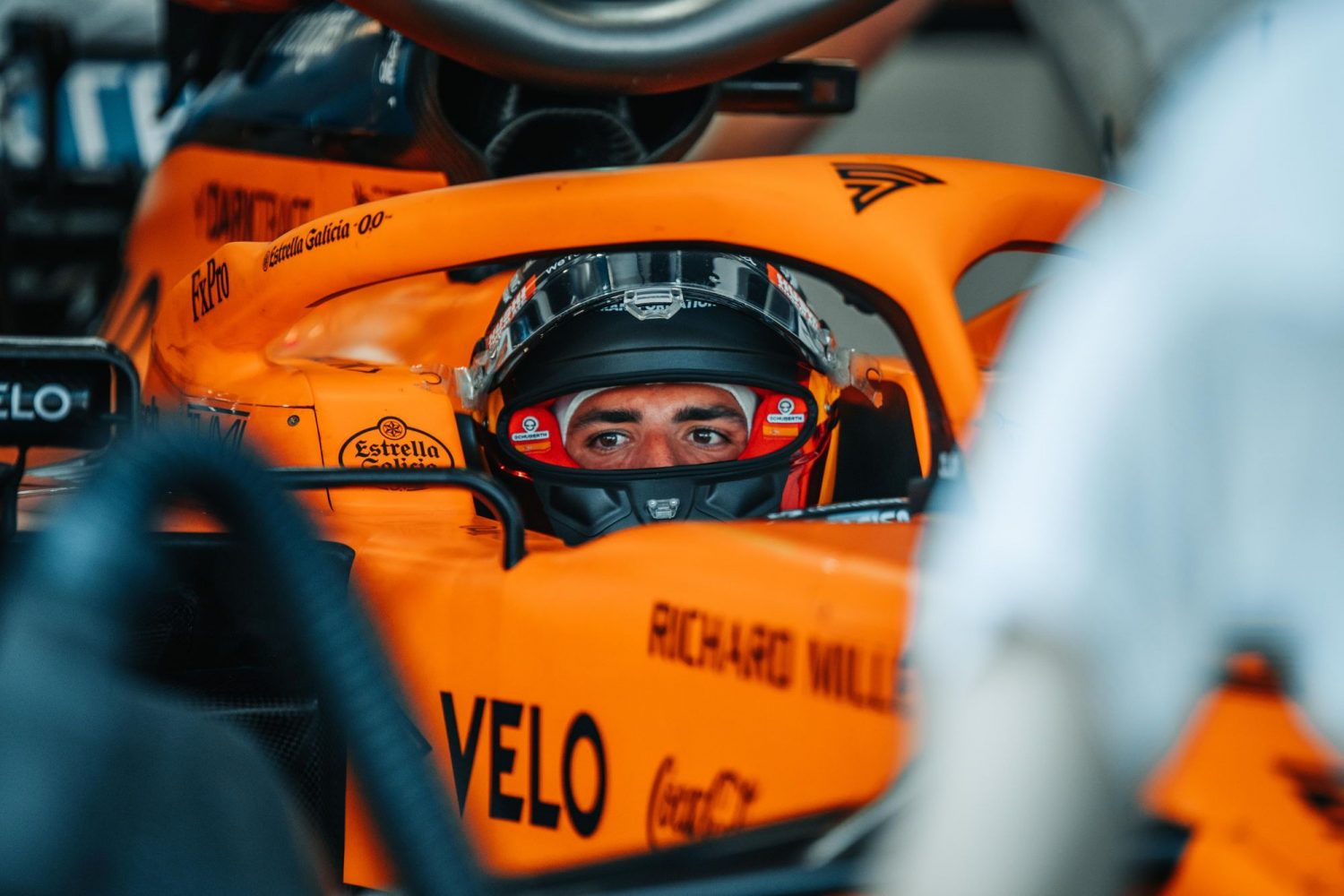 "So still not fully into the bottom of the problem. We still need to keep searching because at the moment it's a big question mark that we haven't found. And we've changed pretty much everything on the car.

"We're starting to run out of things to try, and hopefully we can find the last thing or the main thing, which will give us a final answer, but at the moment, it's tricky.

"It means that going into tomorrow we still need to do a lot of work, a lot of analysis, and see what else can we change, but we are nearly at the limit of all the things that we've changed, so we still need to keep digging and keep finding stuff."

Sainz registered the seventh fastest time in yesterday afternoon's FP2, a session during which no tyre blistering was noted in the scorching conditions, although the Spanbiard still had to contend with a fair amount of degradation.

"We don't see the blistering we saw in Silverstone so there's potentially a bit more scope on the tyres, a bit more margin," he explained.

"So it's gonna be a tricky weekend, and at the moment we are still not on top of the issues we have on the tyres, and we want to keep improving for the race.

"We still need to finalise the strategy to see what we can do, because at the moment, it looks like it could be a very tough race.

"The single lap pace was not that bad. The long run pace needs a lot of work because we see teams like Renault and Racing Point running quicker than us, on sustainable runs."