Christian Horner, the man who oversaw Sebastian Vettel's run of four consecutive world titles with Red Bull Racing between 2010 and 2013, admits his former driver is "not in a happy place" right now.

To date this year, Vettel has only scored in three races, achieving his best result in Hungary where the German finished sixth.

The Ferrari driver's fortunes didn't turn around at Silverstone where Vettel was comprehensively outpaced by teammate Charles Leclerc in both rounds at the Northamptonhsire track, putting no points on the board.

Vettel admitted to being confused by his car's behaviour at Silverstone, a bewilderment which a new chassis in Barcelona has hardly lessened, and despite the 33-year-old pulling out all the stops to try and improve his performance.

"I’m trying to do everything I can, and ignore all the things that might not be right," Vettel said after qualifying P11 in Spain. "That’s all I can do at the moment."

Horner sympathizes with Vettel's plight and suggests he shouldn't remain in F1 for the sake of simply being on the grid amid rumors of the German contemplating a move to Racing Point. 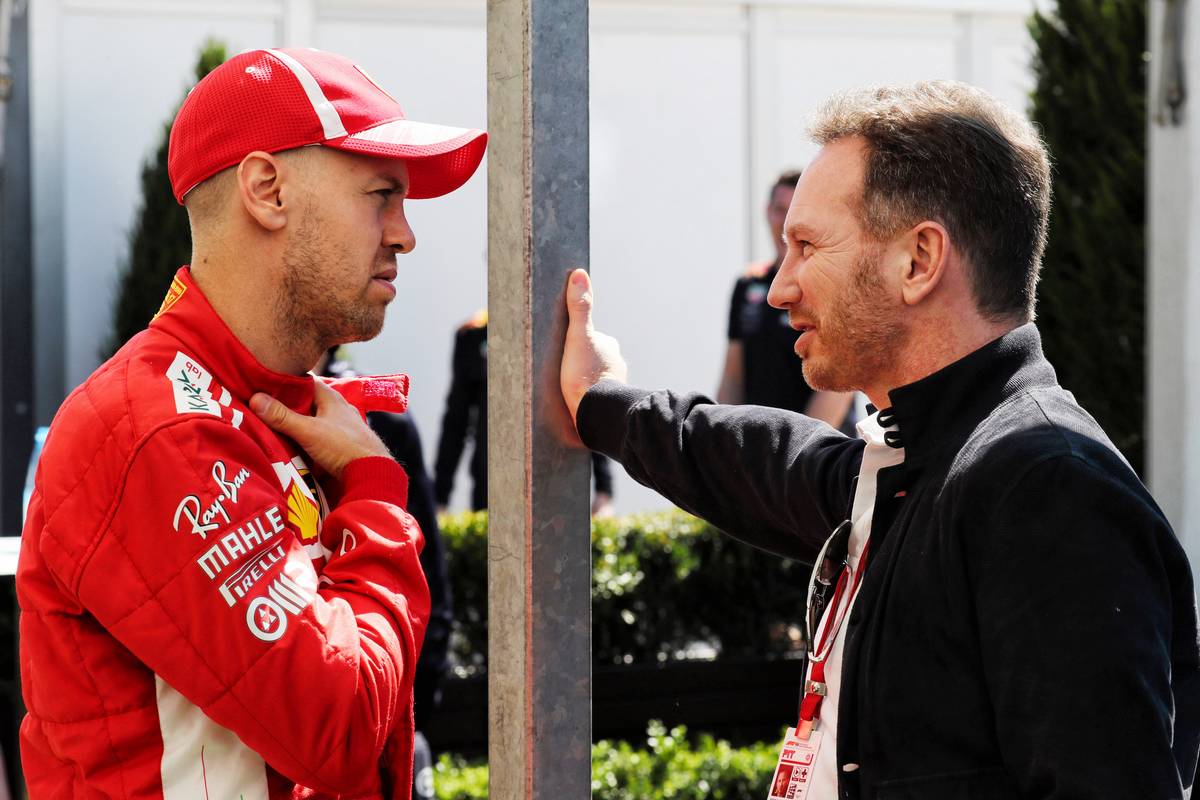 "It is a shame because Sebastian is obviously not in a happy place," Horner told the PA news agency.

"He is still relatively young, so it depends what his motivation is, but he is a four-time World Champion and the third most successful driver of all time in terms of his victories.

"Nobody can take that away from him," added Horner who believes Vettel would perhaps benefit from taking a sabbatical.

"If he chose to take a year out, he would still be very attractive to teams should he wish to come back in 12 months’ time," said the Briton.

"He doesn’t need to be in Formula 1 for the sake of being there next year. What he has achieved in this sport is quite phenomenal and I am sure he is thinking hard about his next move.

"He is carrying a lot of weight on his shoulders at the moment and that must be very tough for him."