As expected, Formula 1 will return to Turkey this year, with the Istanbul Park event joining Bahrain and Abu Dhabi among the final three races of the 2020 season.

The completed agenda will bring this year's campaign to 17 races or within the tally anticipated by Liberty Media.

Turkey has been given a slot on November 15 and will be followed by a double-header at Bahrain on November 29 and December 6, while Yas Marina on December 13 will bookend the season.

Formula 1 has yet to confirm if the two races in Bahrain will run on the same layout or if Sakhir's alternative "endurance" configuration will be used.

"We are proud to announce that Turkey, Bahrain and Abu Dhabi will be part of our 2020 season," said F1 boss Chase Carey.

"This year has presented Formula 1 and the world with an unprecedented challenge and we want to pay tribute to everyone across Formula 1, the FIA, the teams, and our partners who have made this possible.

"While we are all disappointed that we have not been able to return to some of our planned races this year we are confident our season has started well and will continue to deliver plenty of excitement with traditional, as well as new, races that will entertain all our fans."

Today's announcement by F1 also included the formal cancellation of the Chinese Grand Prix while the final schedule implies the scrapping of Vietnam's maiden race in Hanoi.

Finally, the 17-race calendar now guarantees that Liberty Media will receive in full the payments of all TV rights granted to broadcasters for the 2020 season. 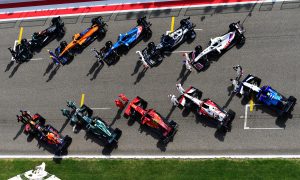