Charles Leclerc says that his huge accident halfway through the Italian Grand Prix on Sunday was his fault as he pushed too hard on cold tyres.

Having qualified for Ferrari's home race in a lowly 13th place, Leclerc was catapulted into contention after his made a pit stop just before a safety car was deployed for Kevin Magnussen's car stopping by the side of the track.

When the rest of the field subsequently too the opportunity to pit, Leclerc found himself unexpectedly up into the top six. At the start he made immediate passes on both cars from the sister Alfa Romeo squad.

But it turned out that Leclerc had pushed things too far, and on the next lap he lost the backend of the ferrari. Unable to gather it up again in time, he then ran off into a huge impact with the outer tyre wall at the Parabolica.

“I just lost the car,” he told Sky Sports F1 after his retirement. “It’s my fault. It was a very difficult race to be honest, then I thought we were unlucky with the safety car but we were lucky.

“With the hard tyres I struggled massively, I tried to push but lost it in Parabolica and crashed," he continued. “It was just a mistake by my side, it was very difficult to drive prior to the crash but no excuses, it was my mistake.” 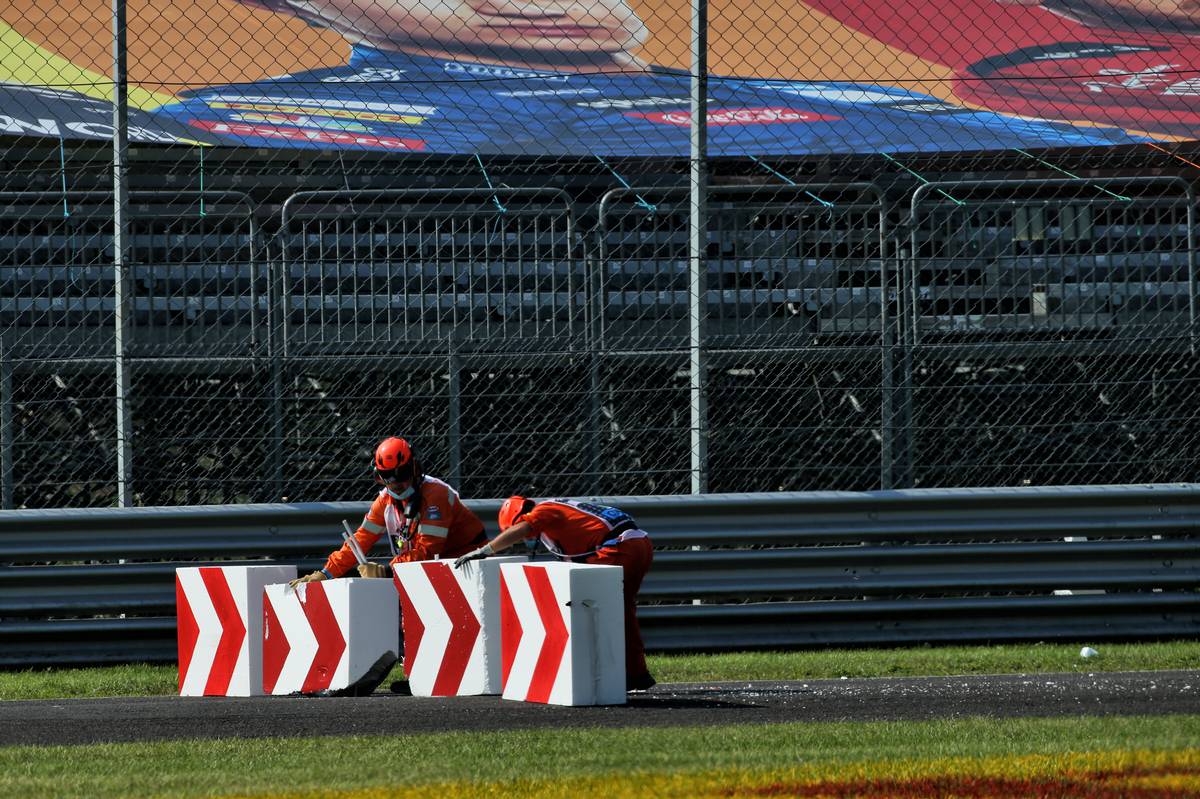 Even worse for Ferrari, Leclerc's team mate Sebastian Vettel had already retired from the race suffering a dramatic rear brake disc failure that saw him run off at the first chicane and mow down a number of polystyrene markers before limping back to pit lane.

“It is the worst thing but at least it happened in the best spot,” Vettel said of the incident. “If it happens elsewhere it’s not so nice. I completely lost the pressure on the pedal and went straight.

“In the laps before I'd run into trouble, but we managed the brakes. But it was obviously quite bad," he added. “I was struggling, had a very bad start with the hard tyres, and lost positions.

"Then we ran into the problems, had to cool the car, and the brakes failed. So a short race!" 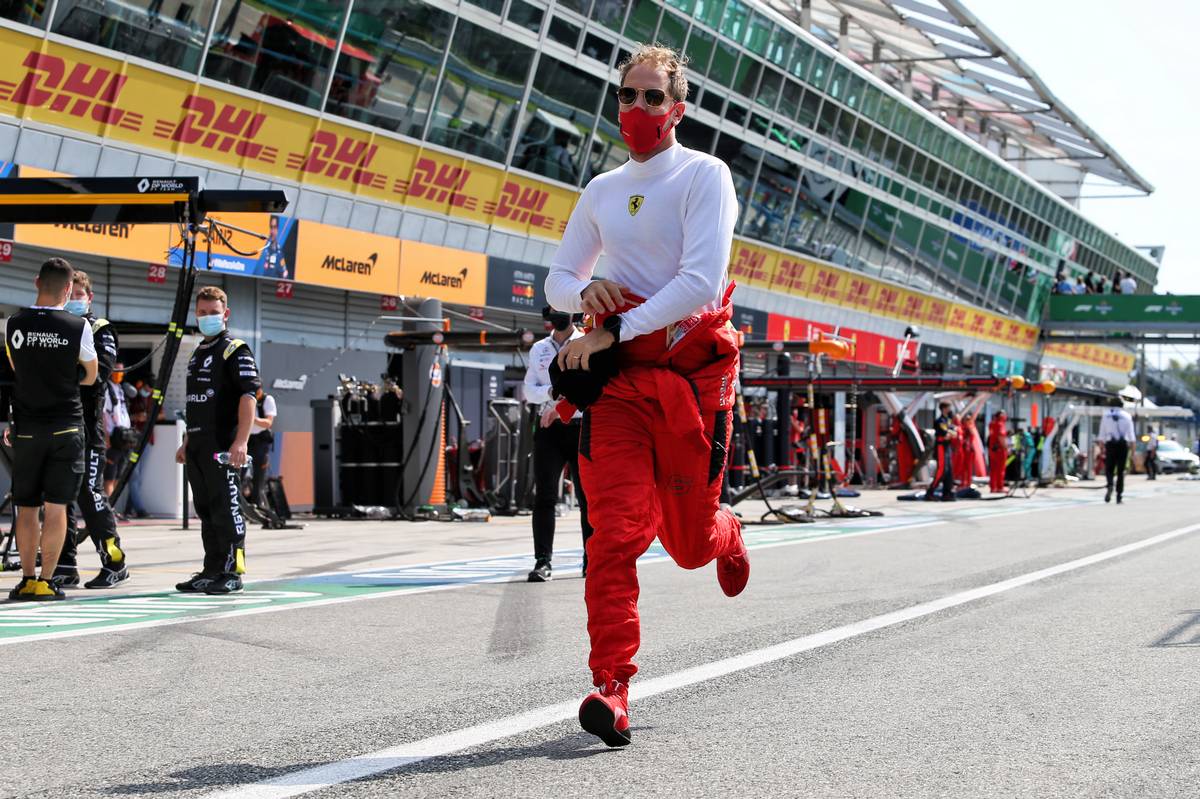 It's the second race in a row to end in gloom and despondency for Ferrari, after a dramatic drop in performance for the team at Spa.

As a result the Scuderia has now dropped to sixth place in the constructors championship behind Renault. Leclerc is currently seventh in the drivers standings, and Vettel a distant 13th.

"Charles is okay which is very important;" he told the official Formula1.com website. "Seb is okay as well because he got the reliability problem on the braking system, which in Monza is very bad!

"This is the worse conclusion of a difficult weekend. We knew that Monza was going to be difficult after Spa, but not finishing a race is even worse.

"We just need now to look forward and make sure we learn lessons so that the team will become stronger in future." 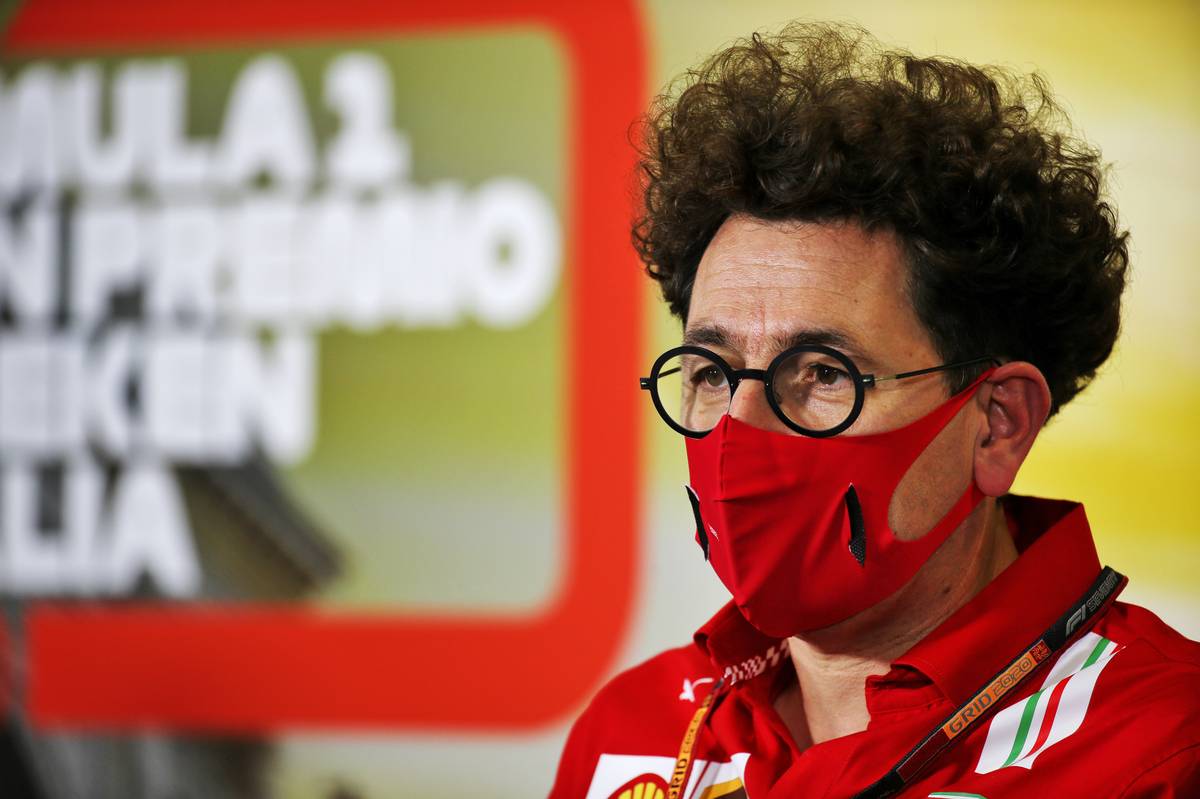 Although Ferrari had been disappointed that the Italian GP was held as a Closed Event, in many ways it was fortunate that the Tifoso had not been present in the grandstands to see the implosion.

"It's bad. It's Monza, it's the Italian Grand Prix, it's the Temple of Speed. For us it's always important to ensure we're performing well here because it's our home circuit.

"So it's bad but even worse is the way we concluded the weekend," he said,, before turning his thoughts ot the upcoming races - including the next race at Mugello, a second 'home' race on the bounce.

"We will have different types of circuits and characteristics in the future, In the a week's time we have Mugello which is an important race for us, still in Italy. I think it's important to prepare well for there.

"It will be a different type pf circuit from Spa and Monza. It's important for us to understand our competitiveness at such a circuit after the last races."