Sergio Perez believes that Racing Point got the most it could out of the qualifying session for the Tuscan Grand Prix on Saturday.

Both he and team mate Lance Stroll made it through to the final round of the session, with Perez finishing sixth fastest and Stroll just one place behind.

However their starting positions will be switched, because of Perez having been a handed a one place grid drop for causing a collision with Alfa Romeo's Kimi Raikkonen during Friday afternoon's practice session.

"It’s a shame that we have the penalty for the Grand Prix, but if I had to lose a place on the grid I’m glad it’s to my team-mate," Perez said after the end of the session.

“I think we got everything we could out of the car and overall it’s been a positive day for the team.

"t was a good lap in Q3, which was important because we only had one set of soft tyres remaining," he added, explaining that he had needed to use two sets of the soft compound to make it through Q1.

As for his prospects tomorrow, Perez felt that they could be in contention for the top five if all went well.

"It’s a new race for all of us, so there’s plenty of unknowns and calling the strategy won’t be easy tomorrow," he said. "A strong start will mean we have everything to play for in the race.”

Stroll took a podium finish last time out in Monza and hopes that he will be able to put in a similarly strong showing at Mugello.

He was one of a number of drivers to miss out on the chance of improving his time at the end of Q3 because of double waved yellows triggered by a spin for Renault's Esteban Ocon in the final moments. 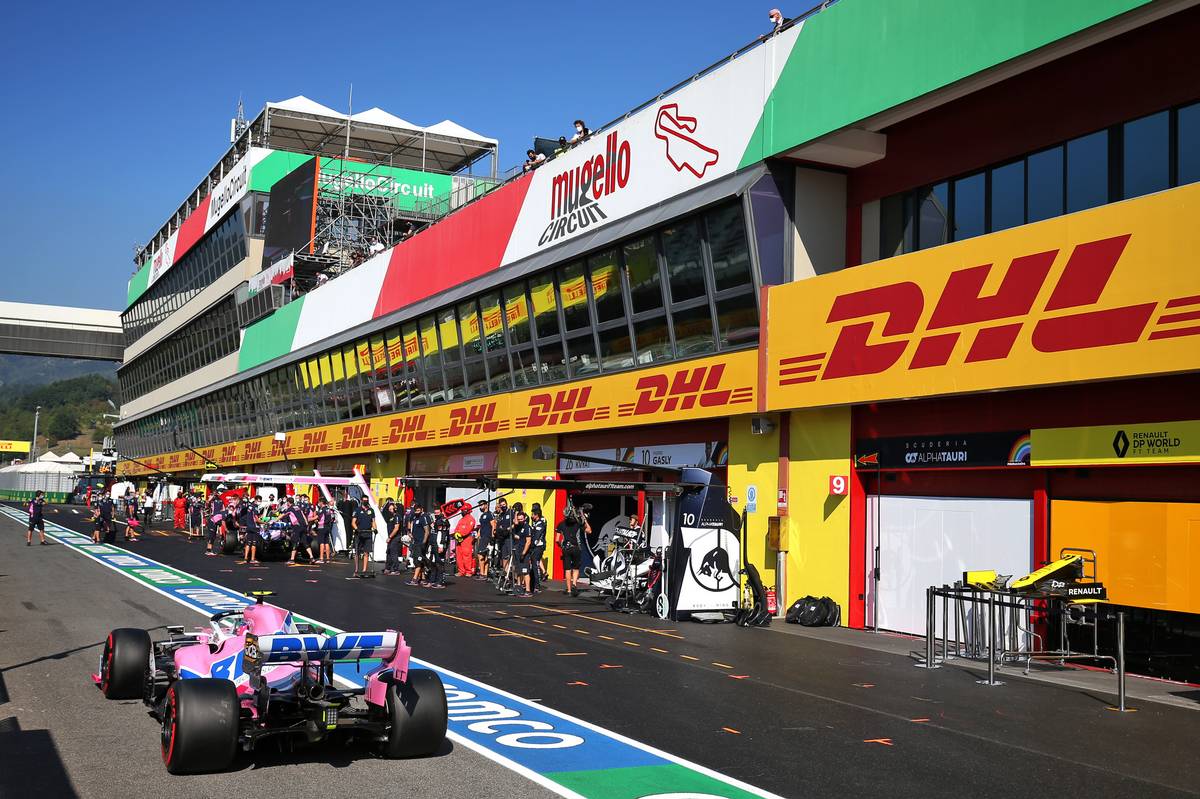 “It was a little bit frustrating out there today. I think we could have qualified in P4 or P5 without the yellow flag on the final runs in Q3.

"I’d set a comfortable banker lap on my first run and I think I was set to improve significantly on my second.

"Regardless, there’s plenty of positives to take from today. We improved the car overnight and earned a good starting position – and that’s important because overtaking is going to be difficult here.

"I’m happy with the feel of the car and we have good underlying pace, so I think we have the potential for a strong result tomorrow.

"We were also able to collect more data on our upgrade package and the early signs are promising.

"It’s been a good day’s work, and I’m looking forward to the race now.”