Following McLaren's impressive form at last week's Italian Grand Prix at Monza, drivers Carlos Sainz and Lando Norris have admitted that it's proving to be difficult going this time out in Mugello.

Sainz was runner-up last weekend while Norris finished fourth, but the team has been struggling to recapture that sort of form in Tuscany.

Sainz managed to put in a last minute flying lap in Q2 to put him through to the final top ten pole shoot-out round, but in doing do he bumped Norris out of the top ten.

“Today was a good reaction to a very difficult weekend so far," he said after the end of the session. "We finally managed to put a good lap together in Q2 and get through to Q3."

Subsequently Sainz was ninth fastest in Q3, but his final run was thwarted by late local waved yellows on the track for an incident involving Renault's Esteban Ocon which meant he couldn't improve on his time.

"It’s disappointing to not fully see what the car was capable of doing in Q3 due to the yellow flag," he said. "But in general I’m happy with the turnaround we made.

“We’ve made a lot of set-up changes across the weekend and now we’re ready for a challenging race tomorrow, when we’ll try our best to fight for points.”

Norris will be 11th on the grid tomorrow, and will at least benefit from having a free choice of tyres on which to start the race. 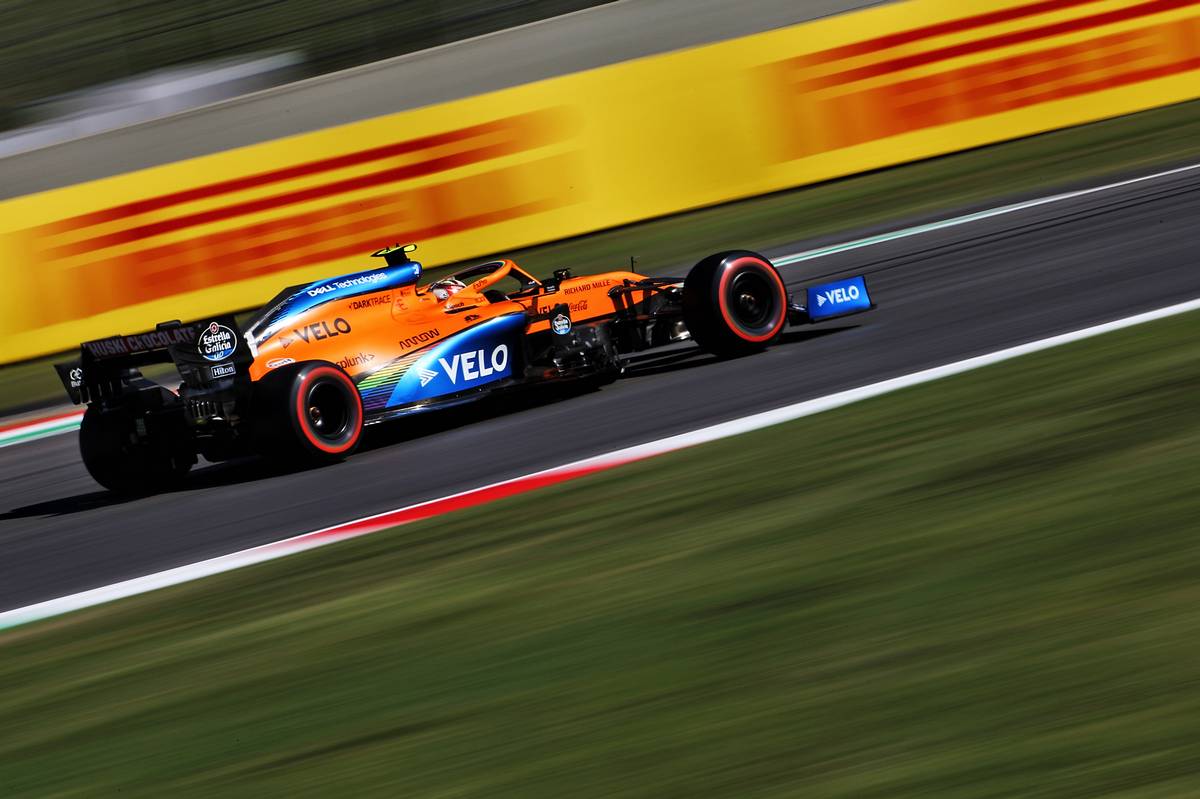 "Obviously I’m still frustrated to have missed out on Q3 by a few tenths," he admitted.

“[It was] a tricky qualifying, but given how much we were struggling in FP3, there are some positives we can take away from today.

“The car was a long way off the pace this morning and I didn’t have much confidence, so I struggled a lot during that session.

"We made some good improvements going into qualifying and the result could’ve been a lot worse," he added. "We’ll push hard tomorrow to make up a few positions and get into the points.”

Ricciardo: 'Shame not to maximise full pace in qualifying'