Daniel Ricciardo admitted that he was was disappointed not to be able to deliver on the full pace of the Renault when it came to qualifying for the Tuscan Grand Prix.

The Australian finished Friday's practice in fifth place, but fell to 17th in the final session on Saturday morning. However he was back up to speed again in time for qualifying.

Both he and team mate Esteban Ocon made it through ot the final top ten pole shoot-out round, but he still through that he should have been able to do better than eighth place on the grid for tomorrow's race.

“We showed pretty good pace today, so it’s a shame not to maximise it," he commented after the end of the session. "Looking at the result, there was potential for fifth with a clean lap.

"I was happy with the session, especially with Q2, where I put in a good lap and saved two sets for Q3," he continued.

"My first run in Q3 wasn’t the best," he conceded. "I lost the rear and it was a bit messy and there was certainly more to come on the second set."

"Unfortunately that final run was thwarted by local double waved yellows triggered by a spin for his own team mate at turn 3 at the end of the round.

"With Esteban’s spin and the yellow flag I couldn’t improve my lap time," he lamented. "[But] we’re still in a good position to score points for the race.

"There will be a lot going on tomorrow and I think there will be a good battle for the top five and hopefully it’s a fun one," he added. 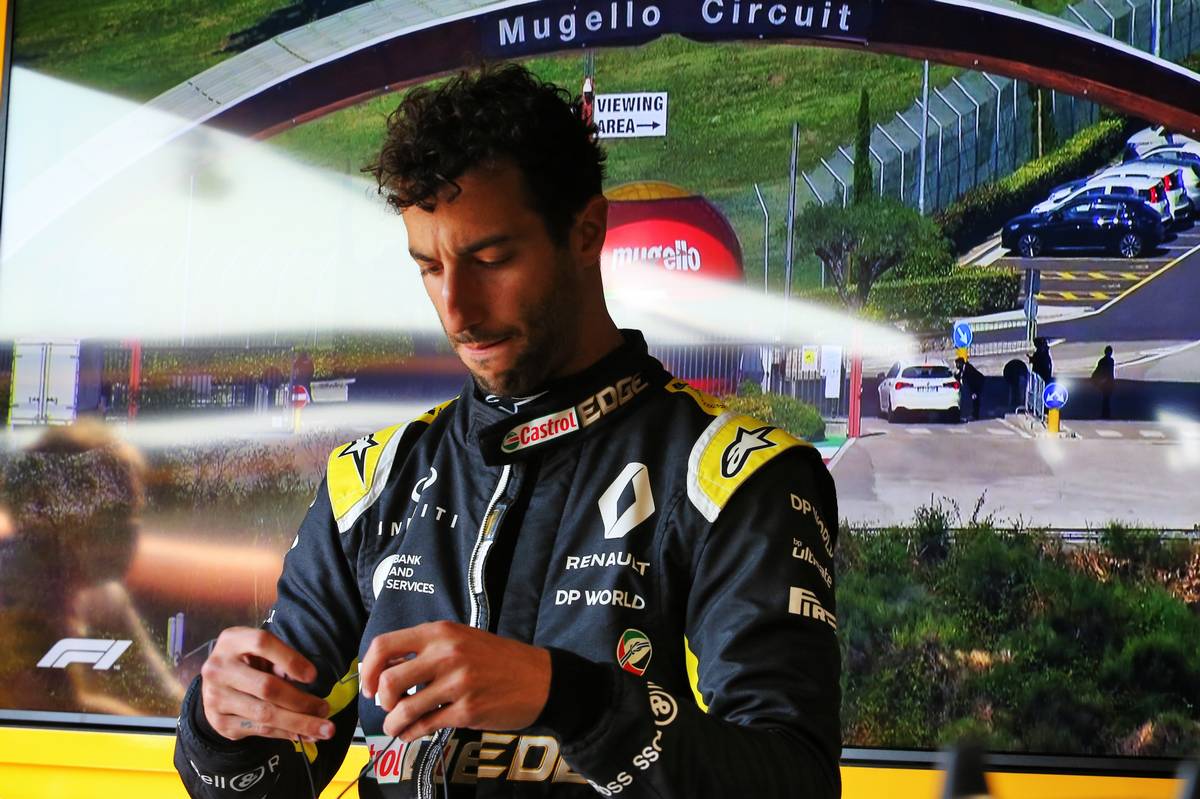 Ocon admitted that the late yellows had been the result of his pushing a little too hard on his one and only flying lap of the final round leaving him unable to set a lap time.

“Unfortunately, I lost the car on my Q3 run and couldn’t put in a lap time," he said. "It was one of those times when you push the limits more and more throughout the session and that one was just a bit over.

"It’s a shame as we showed good pace and we could have qualified a lot further up.

"The car was good today and the team did a really solid job, especially the step between FP3 and qualifying. We’re in a position to score points tomorrow and I know we have the ability to grab some."

Ocon will start tomorrow's race from tenth place on the grid at Mugello.