Pirelli F1 boss Mario Isola says that how drivers control the degradation of their soft tyres in their opening stint will decide whether their Tuscan GP will be a one or two-stop race.

Pirelli has supplied its three hardest compounds to teams for their very first race at the challenging and high-energy Mugello circuit.

While both a one stop and two-stop race is possible, the latter should prove theoretically quicker over the course of the 59-lap event.

According to simulation, the fastest two-stopper consists of two stints of 19 laps on the soft tyre plus a 21-lap stint on the Yellow medium rubber, which could also be used in the middle stint.

"All the drivers in the top 10 of the grid have chosen to start the race on the soft tyres, which obviously has an effect on the race strategy," explained Isola.

"Controlling degradation on the soft at the beginning of the race will be crucial, and this will help to decide if it's a one or a two stop race, with several different strategies possible.

"The soft tyres were used from start to finish of qualifying, but the harder compounds will definitely come into their own on Sunday, especially for the drivers contemplating a one-stop strategy."

As Saturday's running demonstrated, Mugello's small run-off areas will leave no margin for error in Sunday's race, implying that any mishap could result in a Safety Car regime, throwing preconceived strategies out the window. 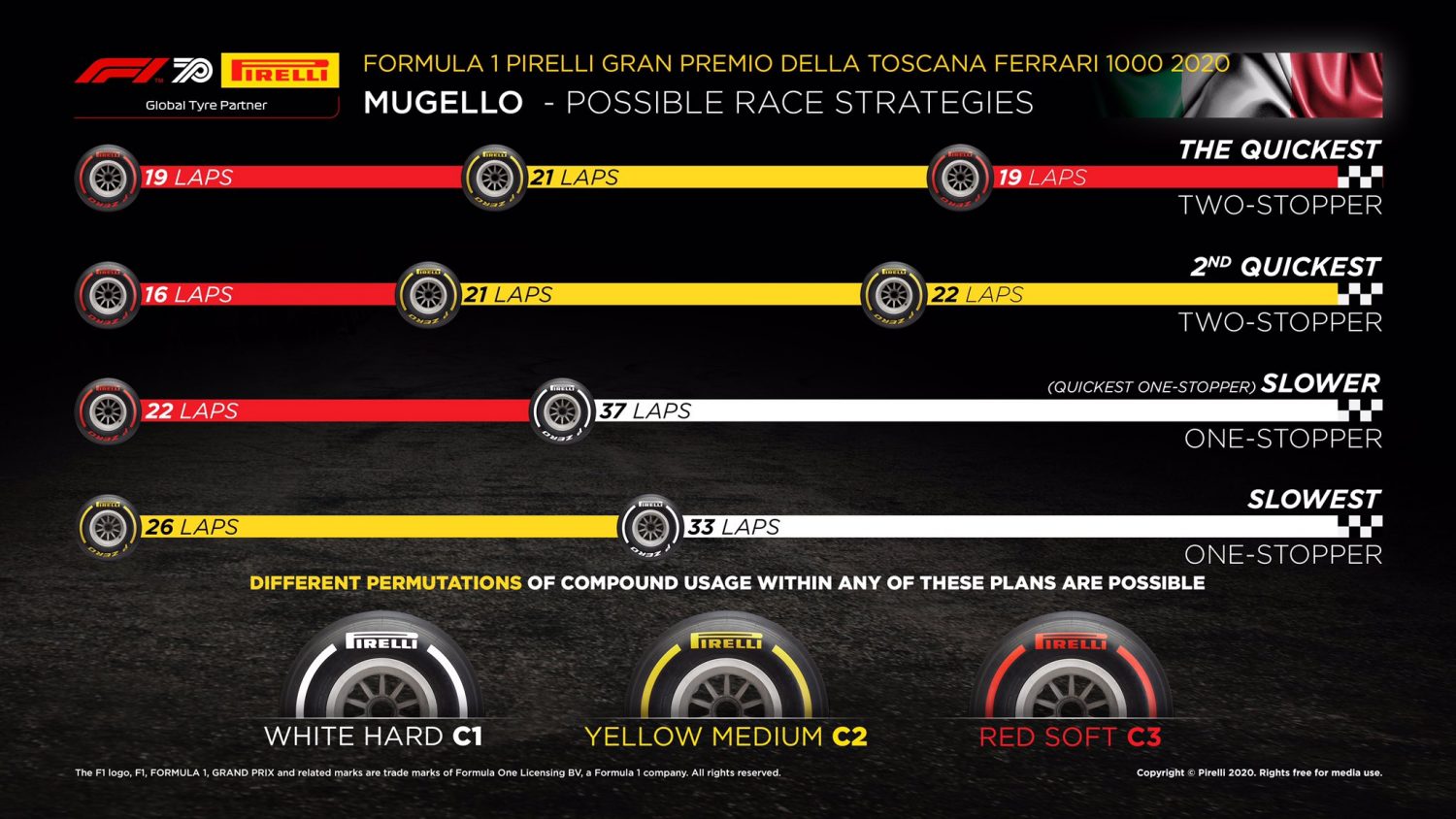