Sebastian Vettel criticized the use of multiple standing starts in the Tuscan Grand Prix, insisting they were unfair to those sitting on the wrong side of the track.

Sunday's race at Mugello was interrupted by two red flags, which meant two additional standings starts for the field of survivors.

But Vettel, who finished 10th in Sunday's race, equated the launches to a lottery for those lining up on the dirty side of the track. 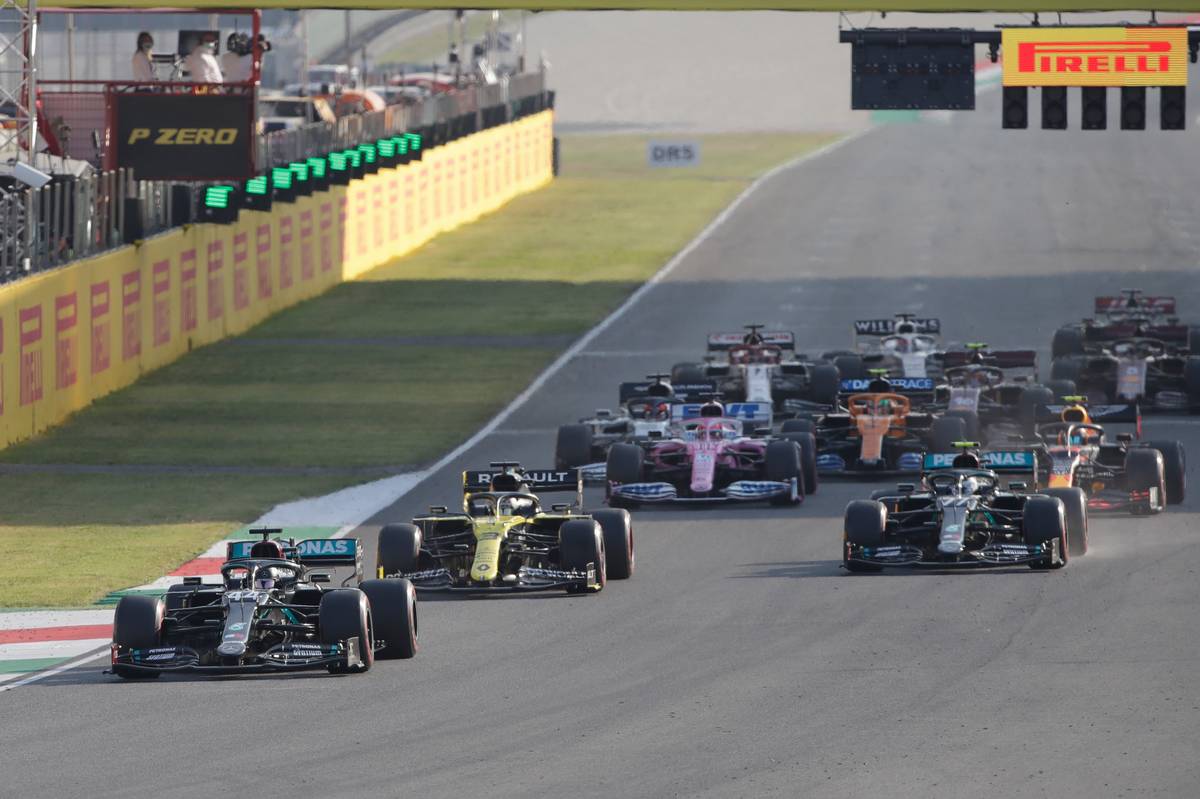 "I don’t remember doing so many starts in one day, normally you only have one," Vettel told Sky F1.

"I have to say I am not a big fan of that rule [standing restarts after red flags] because if you are on the correct side of the track then it is a huge advantage compared to being on the dirty side of the track.

"We saw that in Monza already. Halfway through the race there is a lot of marbles offline and I just don’t think it is fair."

Vettel suggested F1 should work on designing cars that allow for easier overtaking, which is exactly what the sport is attempting to do with a new set of regulations that will be introduced in 2021.

"Maybe we should focus on building the cars to overtake and not just throwing them into a lottery," said the German.

Mocking Sunday's multiple race starts, Vettel asked his Ferrari pitwall as he entered parc fermé after the race: "Is there another restart, or is that it?".

Anyone else wake up thinking the same as Seb?! 😰#TuscanGP 🇮🇹 #F1 pic.twitter.com/VdC8zzGLRP