Max Verstappen has conceded that his championship ambitions for this season are "over", the Red Bull driver sitting 80 points behind Lewis Hamilton in the Drivers' championship with eight races to go.

On Sunday, the Dutchman found himself once again on the receiving end of a Honda engine reliability issue although his demise from the Tuscan Grand Prix happened in the wake of a collision on the opening lap of the race, an incident brought about by a sudden loss of power at the start. 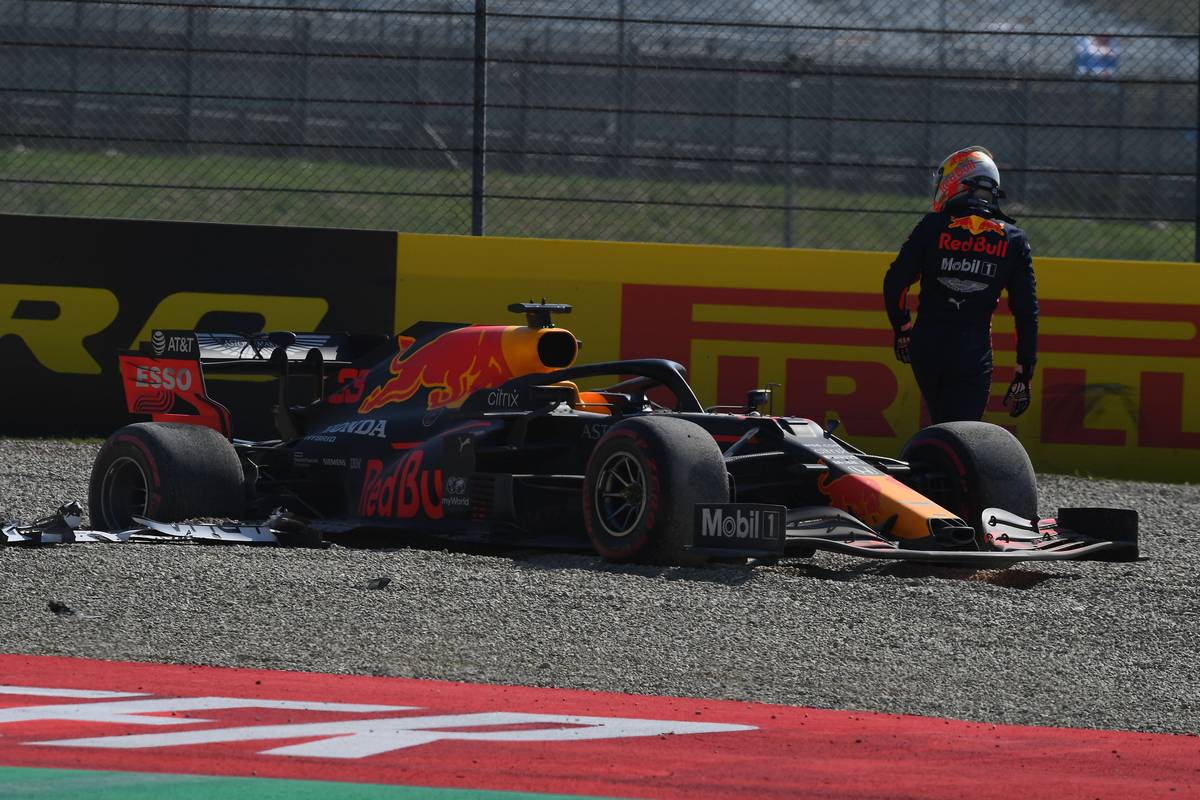 "For the second consecutive Sunday, and the third time in nine races, Verstappen was having power unit problems which would almost certainly have led to retirement anyway, and he’s understandably not impressed," Brundle wrote in his post-race Sky Sports column.

"Strangely the same units in his team-mate Alex Albon’s car and the sister team of Alpha Tauri for Gasly and Daniil Kvyat seem more reliable."

A frustrated Verstappen admitted the consecutive failings at Monza and Mugello were "not normal".

"It seems that it was the same problem as last week in Monza," he told Ziggo Sport.

"The start was good, but when I went full throttle, I had that problem again. I could already feel it on the way to the grid.

"It is not normal for it to happen two races in a row. At the moment I’m sick of it. It doesn’t matter that much to me anymore."

For Verstappen, the most significant consequence of the consecutive DNFs is an end to his title hopes for 2020, but the 22-year-old is also downbeat on his prospects for 2021.

"I hope that we will be closer to Mercedes next year," he said. "I don’t think we will beat them.

"With corona you can’t change that much about the car. But I hope that there will be a new direction for us in 2022 with the new regulations.

"If you are so far away and you are also too slow, that won’t happen. We still want to win every weekend. But the championship is over."