The chief executive officer of the Bahrain International Circuit says that he doesn't expect Formula 1 to make a habit of using its outer loop layout in future Grand Prix events.

Bahrain has been on the F1 calendar since the venue opened in 2004. But the race has always been run on a version of the 5.412km, 15-turn international layout configuration.

There's also a longer Endurance Circuit used by the FIA WEC 6 Hours of Bahrain event. And this year there is a new option of an Outer Circuit which is shorter (3.543km) and features just 11 corners.

F1 will use the traditional Grand Prix layout for the first of the double header races being held at the end of November, but the following week will see cars taking to the Outer Circuit for the first time.

It's a bid by F1 bosses to add extra variety to the season in the face of the coronavirus pandemic, after previous back-to-back races in Austria and Britain were held on the same circuit configurations at the Red Bull Ring and Silverstone respectively.

However, Bahrain International Circuit CEO Sheikh Salman bin Isa al-Khalifa said that he didn't expect the new layout to become a fixture on the F1 schedule.

“It’s an interesting year," Sheikh Salman told Motorsport.com. "Decisions were made, especially with us, because of the situation that we’re in [with the disrupted season].

“It’s a decision that they made considering the situation that they’re in, and they would have to do more events.

“If we had one race per year - or if we were chosen for one race only - it would be on the international layout," he insisted.

“It is a lot shorter of a track," he explained. "The international layout is something that we know more fans can see, because of the inner part and the technical aspect." 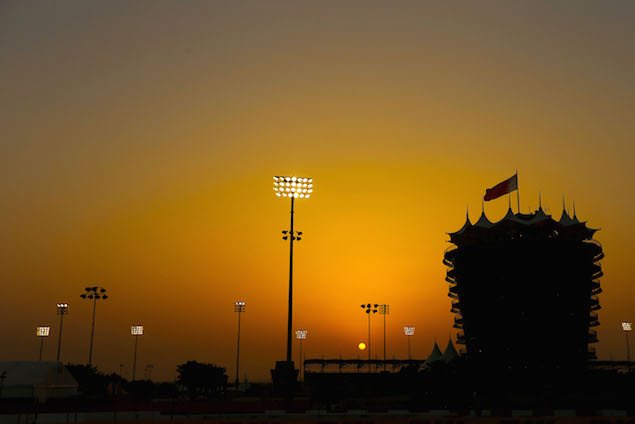 Adding a new configuration means a lot of work for the organisers and track workers, and Sheikh Salman also praised the input of the F1 team.

“Formula 1 technically now have taken a more detailed approach to all layouts, where they put the cameras," he said. "With Pat Symonds they have a technical team now.

“They’re approaching it more, which gives us confidence, that they chose that layout with an understanding of everything," he added. “The track layout and the lighting will be set up for F1 standards."

Bahrain normally holds the second round of the season in March, and this year's race was one of the first to be postponed due to the coronavirus outbreak.

Sheikh Salman said he expected next year's schedule to be back to normal - which means that Bahrain will end up holding three races in four months.

“From what we’ve heard, everything is back to normal, and they are trying to do what they couldn’t do in 2020,.

“For us, November, December, March, is three races in a few months, so that also has its challenges in marketing and all of that.

"We’re excited regardless, we’re going to put on a show when we can," he insisted. “We had big plans for March, and we still can decide when to do that. There are surprises which we will have.”