A member of the Mercedes race team has returned a positive result in the latest round of coronavirus tests ahead of this weekend's Eifel Grand Prix.

“We can confirm that a team member has tested positive," a statement from Mercedes posted on Twitter confirmed on Thursday afternoon

“This has been handled and is being handled in line with FIA protocols, working closely with the FIA," the statement added. "We ask for your understanding that we won't be offering additional details.

The identity of the person who tested positive and who will now have to self-isolate has not been given, but it's not thought to be either of the team's main drivers Lewis Hamilton or Valtteri Bottas.

Since the return of F1 following the outbreak of coronavirus, teams have restructured to limit the amount of contact team members have with their colleagues to minimise the risk of of contagion.

The positive test comes in the wake of Formula 1 announcing that 10 positive cases had been returned from the most recent round of 1822 tests of 'ancillary personnel' conducted by the sport following the Russian Grand Prix.

Sochi was the first race to allow fans into the venue in large numbers. Since then, organisers of the Turkish GP have been forced to abandon plans to open its doors in next month's race at Istanbul Park.

Those positive test results did not include testing of F1 team members due to be present at the next Grand Prix, with a full update from F1 and the FIA due on Friday as part of its weekly reporting.

The sport's new rules require paddock personnel and team members to undergo a test every five days as part of the regular screening for COVID-19, with a total of 26 reported cases to date from 50,000 tests since June. 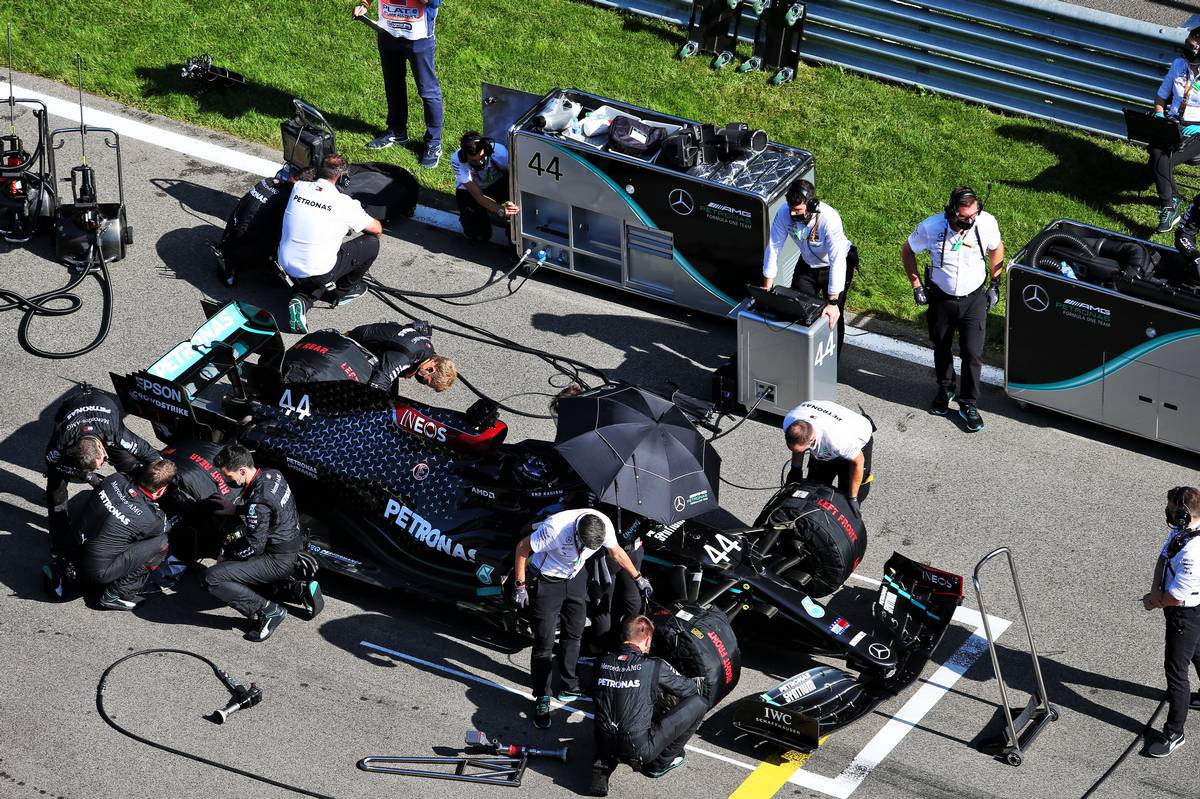 There have been positive tests from those within the F1 'inner circle' before, including a McLaren team member whose positive test in Melbourne in March led to the last minute cancellation of the Australian Grand Prix.

And Racing Point driver Sergio Perez was forced to miss two races after testing positive, with his place being taken at short notice for the Silverstone double header by Nico Hulkenberg.

Earlier this week, Red Bull motorsport consultant Helmut Marko revealed that a girlfriend of one of their teams' drivers had recently tested positive for COVID-19.

"We had a driver whose girlfriend was infected, and he wasn't infected," he said. However he didn't say whether it was one of the main race drivers or whether it was at Red Bull or AlphaTauri.

Perez 'keeping all doors open' but no 2021 deal yet