Daniel Ricciardo says that he believes Red Bull and Renault will be able to find a way to mend fences and work together again in the future.

Red Bull relied on Renault engines for 12 years, but their partnership came to an acrimonious end in 2018 when Red Bull decided to switch to Honda power units.

While that new arrangement resulted in an upturn in the team's performance, Red Bull has now been rocked by Honda's decision to quit Formula 1 altogether after the 2021 season.

It leaves the team in urgent need of a new engine supplier. Options are limited, but F1 rules would require Renault to offer power units in the absence of any other alternatives.

Some have questioned whether the two businesses could work together again so soon after such an ill-tempered split, but Ricciardo - who also left Red Bull at the end of 2018 to stay with Renault - feels it will be possible.

"It is not irreparably damaged," Ricciardo told the media ahead of this weekend's Eifel Grand Prix when asked about the possibility of a rapprochement.

"Going by the past and the history and my experience there, I don't foresee anything they should be concerned about.

"If they're building a good car, they're going to get support, and they'll still have a chance to do that."

Ricciardo has previously acknowledged that he had some concerns about Red Bull's switch to Honda at the time, and that it had been one of the reasons he decided to leave the team.

"I honestly don't feel anything personal towards it," he insisted on Thursday. "I'm not jumping around saying, 'Oh yeah, look, I was right!', it's nothing like that.

"There's always a chance [of something like this happening]," he said. "The sport is always changing so much. 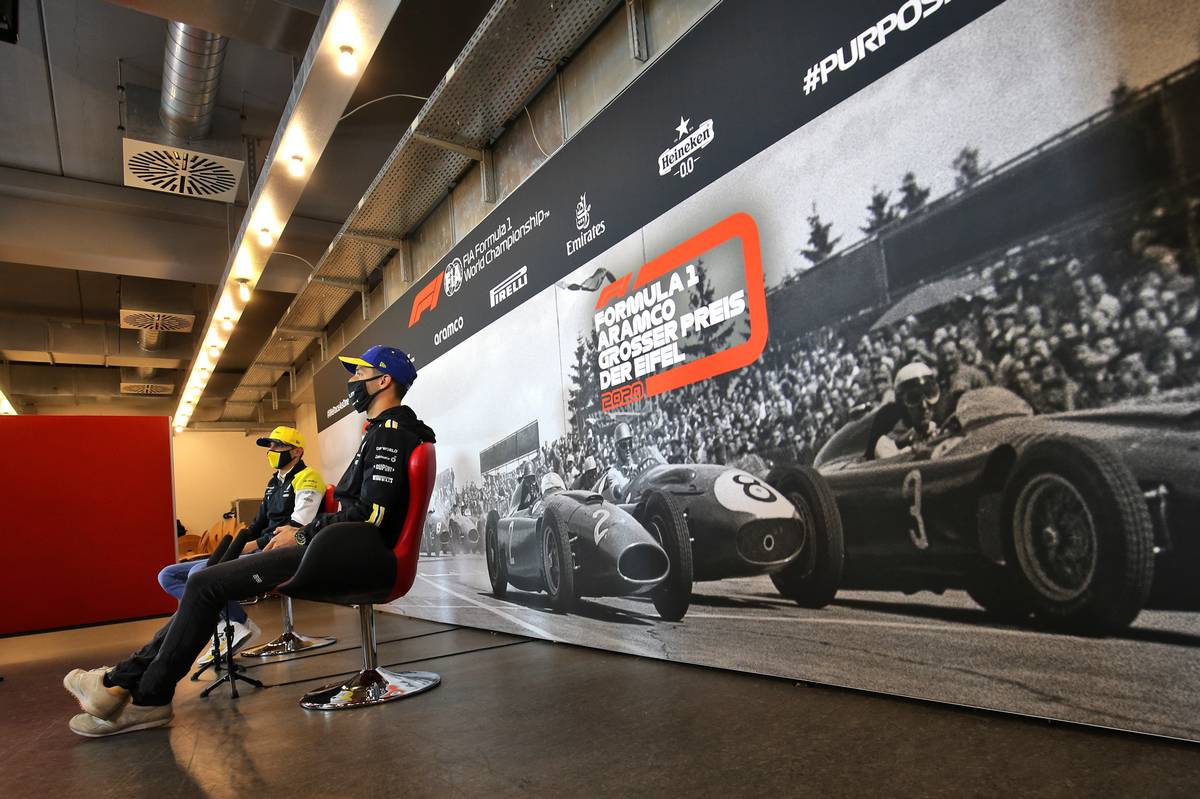 "As far as Red Bull and my relationship with them, and a lot of personnel in the team, I kept that strong throughout. Even through my decision, I kept good relationships. I never wanted them to struggle or suffer.

"Now they've got a decision to make with what happens next," he continued. "I don't really look at it in a personal light of me winning or losing, it's just the nature of the sport.

"I do hope they find a solution, a good one, and they stay afloat and keep being a rival for the rest of us."

Having won the 70th Anniversary Grand Prix at Silverstone, Red Bull is currently second in the constructors standings while the Renault factory team is in fifth.

Ricciardo himself is in sixth place in the driver standings, but the Australian will leave Enstone at the end of the year to take up a new seat at McLaren.

Perez 'keeping all doors open' but no 2021 deal yet