Haas is still in the process of evaluating its driver options for next season based on a list that reportedly includes incumbents Grosjean and Kevin Magnussen, Racing Point's outgoing Sergio Perez, potentially several of Ferrari's junior drivers - including Mick Schumacher - as well as F2 charger Nikita Mazepin whose father is bankrolling his son's motorsport career.

Grosjean's run to ninth at the Nürburgring was the Frenchman's first top-ten finish since last years' German GP at Hockenheim.

While it was a solid drive by the 34-year-old, Steiner insisted the performance would have no bearing on Grosjean's chances of retaining his drive with Haas, the odds of which appear slim.

"I don’t think so, we cannot be this emotional that we can go from race to race and decide on and off," said Steiner.

"That needs to be a decision for the long-term, not for the short-term, and I don’t fall into that trap.

"I stay very stable on that one, to evaluate what I’ve always said we want to evaluate, which is how we think the team can perform best with which drivers in the next two, three or four years."

Perhaps feeling that his days are numbered in F1, Grosjean revealed last week that he was eyeing a move into the World Endurance Championship, possibly with French manufacturer Peugeot which has put a Le mans Hypercar program on its rails.

Hulkenberg says Eifel GP was like 'dip into an ice bath' 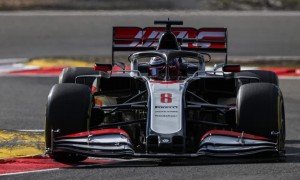 Grosjean happy with maiden points and no 'broken finger' 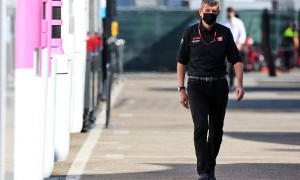 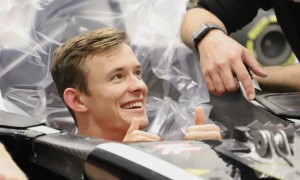 Haas wants consistency rather than speed from Ilott in FP1