Daniel Ricciardo's podium in the Eifel GP was but a start but Renault team boss Cyril Abiteboul wants the Enstone squad's members to become "addicted to success" in the future.

Ricciardo's third place finish at the Nürburgring was Renault's first podium since its return to F1 as a works outfit in 2016.

The achievement logically sparked a burst of joy among the French team's troops, many of whom had never experienced the jubilance associated with a top-three finish in F1. 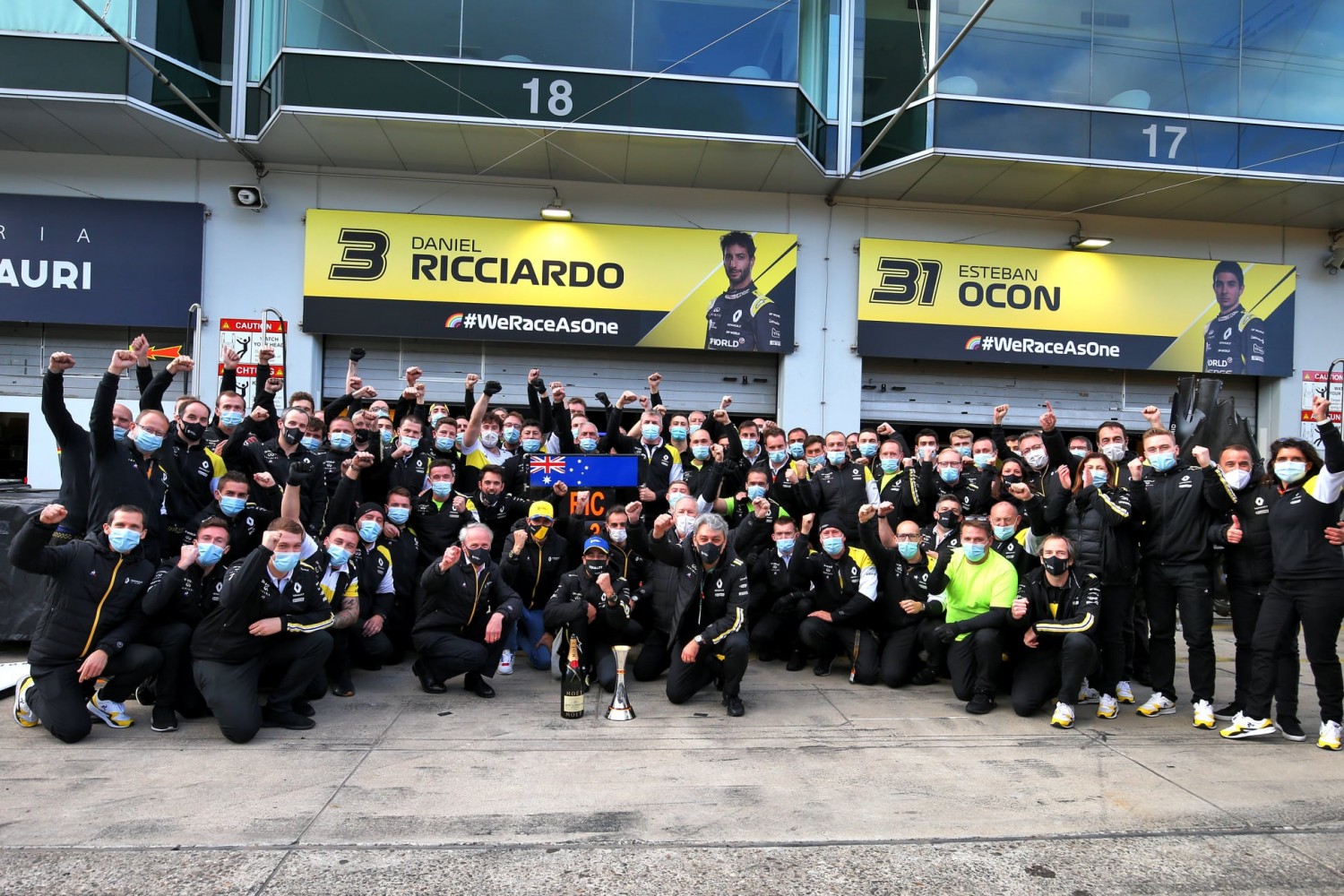 "It's clearly a very emotional moment, it's a great feeling," Abiteboul said. "That podium may not be the end of everything, and the ultimate target of our journey in F1.

"In particular the results that manufacturers want, we want more than that, but there always needs to be a first. And that first podium here, that moment with Daniel, at a place like this one, is a great moment."

Abiteboul said that Renault's attainment in Germany has come at the right time and delivered a timey boost of emotion and energy to those who have been working hard to help the team develop and improve over the years.

"You know the amount of work that goes into a programme like this one, and I'm not just talking about me, I'm talking about the 1000 more team members that compose this team," said the Frenchman.

"They need a bit of emotion, they need some energy.

"Keep in mind that we grew massively. Most of the people who have joined the team are young people, who have never experienced the emotion of winning, or even being on the podium.

"So we need to take that. And we need to make them addicts to success for them to develop more, to build more success.

"And, yes, right now, we need a bit of circumstance to be on that podium. But the focus will be from Monday onwards first to understand the problems that we've had."