The hot-headed Venezuelan pay-driver, nicknamed 'Crashtor' for his legacy of penalties and crashes, competed in F1 between 2011 and 2015.

But Maldonando's claim to fame in the sport is a shock win achieved in 2012 at Barcelona, where the Williams charger - starting from pole - delivered a stellar performance to offer the Grove-based outfit its first victory after an eight-year drought, a milestone success that remains to this day the team's last triumph in F1.

But over the years, suspicious minds peddled a theory claiming Maldonado's astonishing win at the Circuit de Catalunya had perhaps not been all it appeared to be.

The conspiracy alleged that F1 supremo Bernie Ecclestone had arranged for Williams to run - unbeknownst to its rivals - an underweight or illegal FW34, allowing the team to gift a belated 70th birthday present to its beloved founder, Sir Frank. 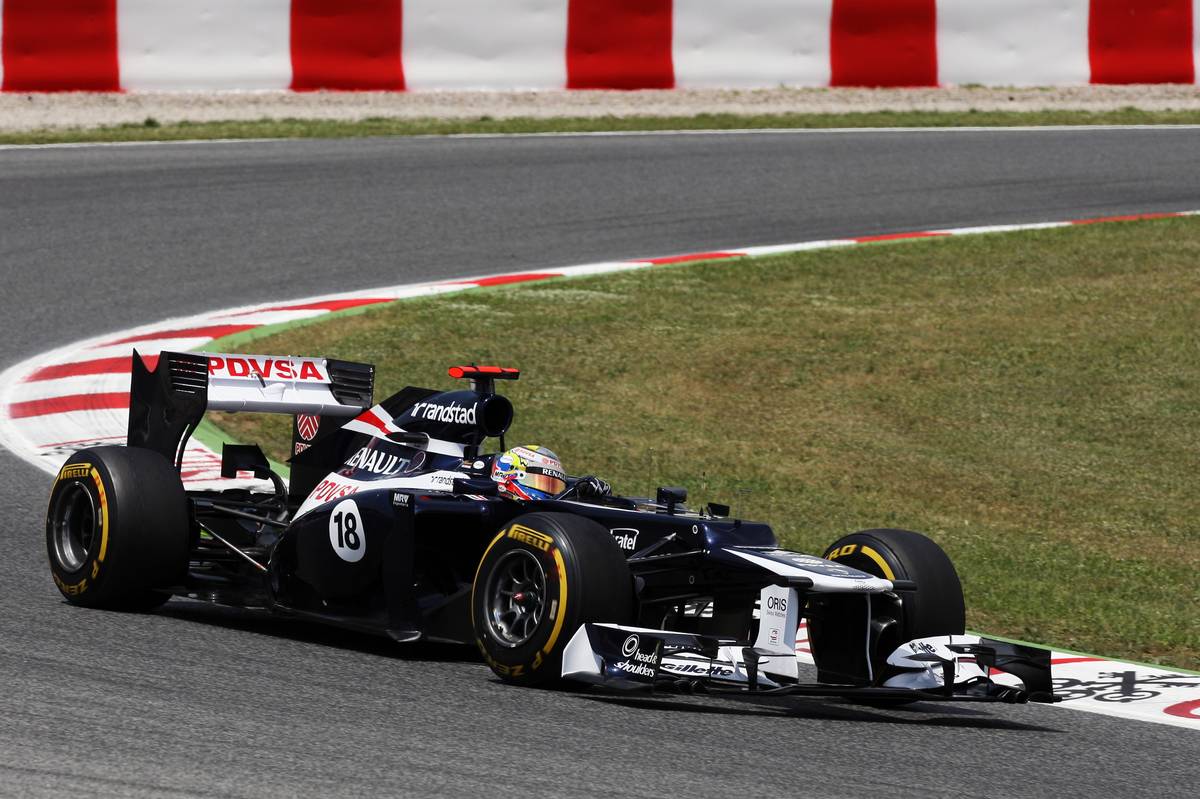 The conspiracists also claimed that the fire that broke out in the Williams garage after the race, as the team was packing up, had been set alight deliberately, to erase all evidence of any wrong doing!

Revisiting the rumors of the bonkers scheme in an interview with Austrian broadcaster ORF, Wurz predictably ridiculed the alleged plot.

"Definitely not!" said the GPDA chairman. "I was still with the team and those were the times when Toto [Wolff] was with Williams. And the fire was dangerous, catastrophic."

Wurz insisted Williams' pace that weekend - or rather Maldonado's impressive form as teammate Bruno Senna had only qualified a lowly P17 in Spain - was absolutely legitimate and rooted in a ploy discovered by the team.

"The car was very fast, because as a team we were the first to understand that we had to heat the front tyre on the rim. And we found that out during the test. It was Ed Wood, then chief designer, and me.

"We stood on the track and talked about the air flow volume flow that goes through the rim and always cools the tyre. And everyone had understeer. We were the first to find out."

Wurz explained that Wood was also successful in improving the brake cooling of Williams' FW34, a topic at the forefront of Racing Point's recent legal woes with the FIA.

"That is a big issue now, part of the copying issue in Formula 1 - with Racing Point and Mercedes," noted Wurz.

"We were the first to do it right. Then everyone copied it and Williams fell behind again."

Maldonado's best result during the remainder of the 2012 season was a fifth-place finish in Abu Dhabi, but the nutty intrigue lived on.