Organisers of this weekend's Portuguese Grand Prix have been forced to reduce the number of fans that will be allowed into the Autódromo Internacional do Algarve in Portimao this weekend.

Up to 46,000 tickets had been on sale for race day, approximately half the venue's total capacity. A similar number of spectators had also been expected to be allowed into the grandstands on Friday and Saturday for practice and qualifying.

But last week's spike in positive coronavirus cases in the region prompted an urgent review by the country's Directorate-General of Health (DGS).

A total of 2,608 cases were reported on Friday, the highest number in a single day since the beginning of the pandemic and there have been 100 deaths in the last week. In total, Portugal has recorded 95,902 cases of the virus with 2,149 deaths from a population of 10.1 million.

The national government has now implemented a limit to the number of people who can gather in public areas to five, and is in the process of implementing new laws to make face coverings mandatory in public spaces.

Regarding the Grand Prix, the options were limiting the number of fans allowed in, or potentially forcing the race to become another 'closed event' with no fans allowed in at all.

Tuesday's announcement confirmed that the organisers were removing general admittance tickets that did not come with an assigned grandstand seat.

"Portugal saw measures to combat the pandemic COVID-19 increased last week, as determined by the government, with a series of additional restrictive measures taking effect in the national territory," said the organisers in a statement.

“As a consequence of these new measures, the health and administrative authorities have also determined new limitations and prohibitions regarding the presence of the public at Portuguese Grand Prix.

The statement said that these involved "a further decrease in the total number of spectators allowed.” 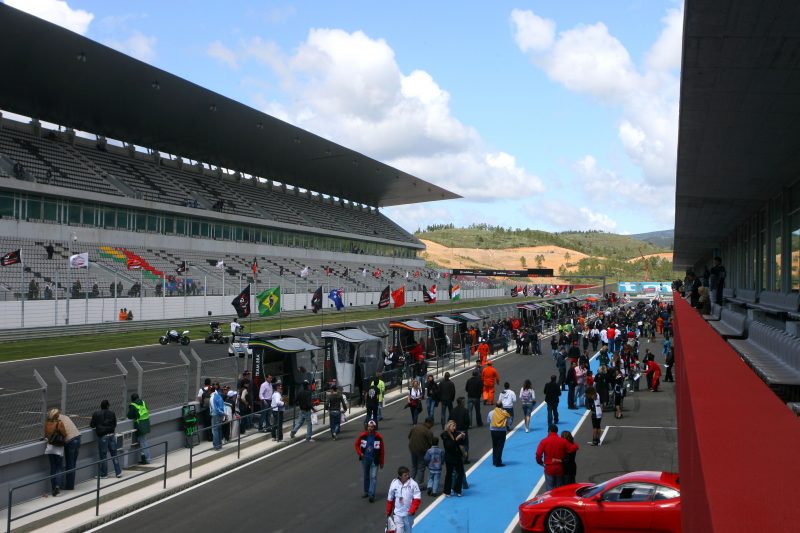 The statement said that full refunds would be offered to those fans in the general admission zone affected by the decision. The organisers added that it was still working on “several solutions”.

It continued: “We would very much like the current moment to be different, so that everything could happen in a different way.

"But we have to adapt to situations, as they come across us, and resolve them within the possibilities within our reach."

The FIA has its own rules and protocols for how personnel should behave in the paddock at Grand Prove events which includes regular testing of drivers, team members, officials and venue staff.

While positive cases have been reported from team members at McLaren, mercedes and Renault, so far the only driver to have returned a positive result was Sergio Perez.

The Mexican was forced to miss the Silverstone double header in August and was substituted at short notice by Nico Hulkenberg, who also sat in for an unwell Lance Stroll in the most recent race at the Nurburgring.