Hamilton's victory in the Eifel Grand Prix was his 91st career win in Formula 1, matching the record for the sport set by Schumacher back in 2006.

And if all goes according to plan in the remaining races of 2020, Hamilton will also soon equal Schumacher's record tally of seven world championships.

Hill said that both drivers had the sort of star charisma that meant everyone had been immediately aware of them the minute they arrived in the F1 paddock.

"People can't believe what they combine, giving rise to a particular excitement in the sport," he said.

Hill raced against Schumacher in the mid-1990s and lost out to the German by a single point in 1994, but had his revenge when he took the title in 1996.

While their battles were highlights of the time, Hill himself admits that he was never in Schumacher and Hamilton's superstar league that made them multiple world champions.

"In my case it didn't happen," he said. "They have something magical.

"I raced for nine seasons against Michael Schumacher and closely followed the career of Lewis Hamilton," he continued. “You think they can be beaten but they can’t.

"They know how to dip into the reserves of talent they have, like Rafa Nadal and Roger Federer in tennis.

"If you don’t have their natural gift you have to find something deep inside you. Sometimes that can put them behind you, but it’s always impossible [to stay ahead]." 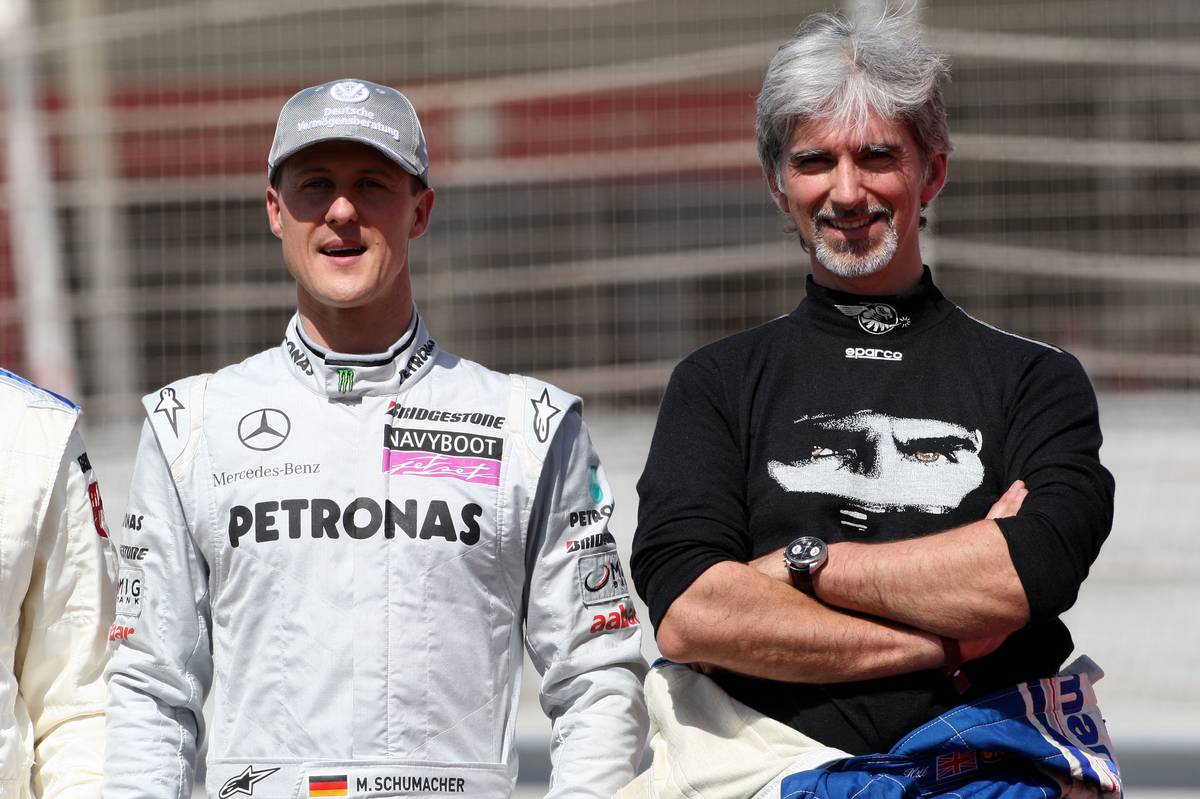 While their achievements are comparable, Hill pointed out that the two men had very different personalities, contrasting Schumacher's 'day at the beach' serenity in the cockpit to Hamilton's anxious, nervous messages over the team radio.

"Nobody thought Schumi's record was attainable, it was an inconceivable idea when he left motor racing," admitted Hill.

"Alain Prost failed to equal Juan Manuel Fangio's five titles in the 80s and 90s, but Lewis has caught Michael with 91 wins, a impressive number.

"The way F1 evolved made it possible," Hill acknowledged. "Both have perhaps won too much, making Ferrari and Mercedes happy but killing the spectacle of the GPs a bit."

But not everyone agrees with Hill that Hamilton deserves a place at the pinnacle of F1, with former Ferrari driver Gerhard Berger recently insisting that Ayrton Senna remained the greatest F1 driver of all time.

"I've seen all three very close, some of them wheel-to-wheel," he said. "For me it's still Ayrton. He's the best racing driver I've seen."