Stroll withdrew from the event at the Nürburgring on the Saturday after feeling flu-like symptoms in the run-up to the race weekend.

However it later came to light that Stroll had consulted by phone from Germany with his personal physician whose diagnosis excluded a COVID-19 contagion, only for the Canadian to test positive for the virus upon his return to Switzerland on Sunday evening.

Furthermore, while the team should have immediately informed the FIA of its driver's plight, Stroll's positive case was only made public by Racing Point earlier this week

In Friday's team principal press conference at Portimão, Brown took aim at McLaren's midfield rival, suggesting the pink squad had been negligent in its handling of its driver's plight. 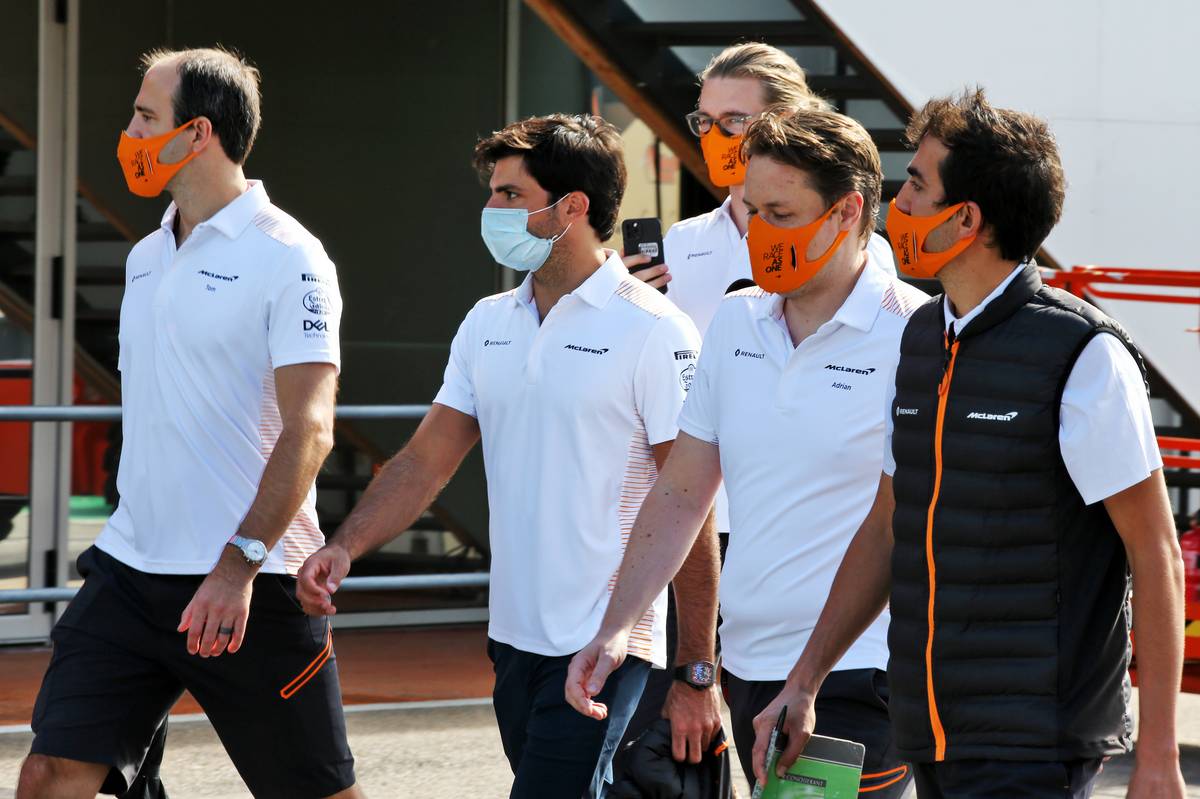 "If I look at the Racing Point situation, I would probably test anyone who isn’t feeling well daily.

"I don’t know who the doctor was, I don’t know if it was Dr Mallya, Dr Seuss, maybe it was Dr Dre. But maybe next time around we should be testing when anyone has any sorts of symptoms because we know how dangerous this is.

"I’ve heard Racing Point say they test more than any company on the planet. I don’t know how you substantiate that.

"All I know is when we had our case in Australia we communicated it very quickly to everyone and that’s exactly what Mercedes did when they had their incidents.

"It looks like there wasn’t immediate transparency and for an entity that tests as much as they do, I know we would test anyone who doesn’t feel well daily to make sure that person is well."

Since the start of the season, Formula 1 has implemented a strict protocol regarding COVID-19, but a few positive cases have nevertheless emerged recently, with two crew members of Mercedes testing positive at the Nürburgring in addition to the predicament that hit Stroll.

But the situation has encouraged McLaren to tighten its own COVID-19 protocol and formalties to avoid any risks of complacency.

"The most important thing is as a team that you will simply make sure you don't get complacent on all these procedures you have in place, sticking to the bubbles, making sure you always keep the distance and so on," explained McLaren team boss Andreas Seidl.

"After what happened at the Nurburgring, that's just another wake-up call for the entire team to make sure we don't get complacent and we stick to our procedures that we have in place.

"We did some additional measures now for here again, in terms of separating the people even more, as far as it is possible, in the offices and in the garages.

"We did another step also with the drivers to separate them even more from the team during the race weekend, simply to make sure we do what is possible to do together with this testing machine which is in place."

Seidl said McLaren was paying attention to developments in regions that F1 is set to visit.

“If you look ahead, of course, we're obviously monitoring what's ongoing in the world and in Europe. We have a permanent dialogue with FIA and F1.

"But again, I think with the procedures we have in place and with the protocols, I think we feel all safe in order to go ahead with the races coming. That's how we see that the moment."