Red Bull driver Max Verstappen said that he had been confused by the way that the track conditions at the Autódromo Internacional do Algarve seemed to vary and even worsen during Saturday's qualifying session.

The circuit is an unfamiliar one to the drivers and has never been used for a Grand Prix before.

It was resurfaced only a month ago, and that along with Pirelli's selection of hardest compound tyres together with strong winds has meant a big headache for drivers and teams.

"The whole weekend has been really tricky with getting the tyres to work," Verstappen told the media. "Besides the tyres the tarmac is slippery, just one line you can take.

"[It was] a bit confusing throughout qualifying. I did my fastest lap time in Q1 and after that I couldn't replicate it, just because I didn't have the same grip."

Verstappen suggested that the shorter Q2 and Q3 sessions means that the drivers had less time to get their tyres up to their optimum heat.

"It seemed like it was a bit more difficult for us to get the tyres in a better window," he said. "Even though I think in Q3 to Q2 it felt a bit better on, let's say, the one timed lap - on the very first timed lap.

"It was better but for me not very enjoyable to drive at the moment with the tyres and grip on the track," he sighed. "For me personally, you can't push. You're just driving on ice. It's a bit of a shame."

Despite his frustrations, Verstappen looked to be on course for a front row grid position - until a final effort from Lewis Hamilton put the Briton on pole ahead of Mercedes team mate Valtteri Bottas, and pushed Verstappen down to third. 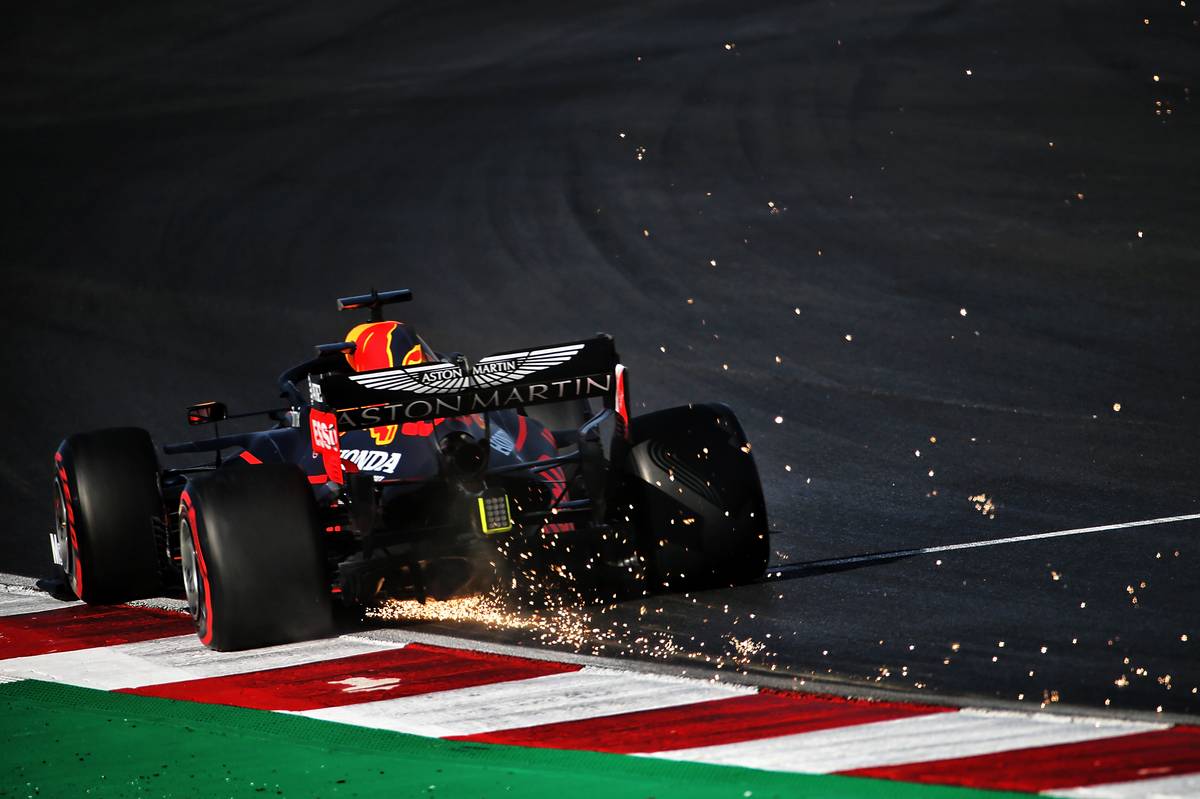 "Overall still good of course to be third," he acknowledged. "Again we were very close.

"Just difficult to really judge again the performance because of the tyres and the grip," he said. "I think we have to go to a track again where we have driven before [to] see where we ware, because we have a bit more knowledge there.

"These kind of events are sometimes hit and miss. Sometimes you can do them better than others," he said. "But still, to be P3 and be quite close to them is a good achievement I think."

Verstappen will be the leading driver on the grid on the soft compound tyres, after both Mercedes drivers as well as Ferrari's Charles Leclerc elected to get into Q3 on the medium.

Verstappen's team mate Alex Albon will line up in sixth place amid reports that he's been given a two-race deadline by Red Bull to prove himself if he wants to retain his seat in 2021.

“I would have liked to be further up there but we can work from P6," he said "The track has been weird all weekend with the new surface and changing wind conditions.

"The weather is mixed for tomorrow and the rain is meant to be coming, so anything can happen. It’s a long run to turn 1 and no one has really completed a proper long run yet, so we’ll discover as we go along and make the most of the opportunities.”