Daniel Ricciardo said he needed just one minute more to be able to get out and put in a flying lap in the final round of qualifying for the Portuguese Grand Prix.

Having set the tenth fastest time, Ricciardo spun off the track at the end of the second round of the session and ended up sliding rear-first into the tyre barrier.

It initially looked as through he had got away without any major damage to the Renault, and he was able to extricate himself from the gravel trap and return to pit lane.

“I spun!" Ricciardo said when asked by Sky Sports F1 what had happened. "I don’t know. The cars are quite sensitive.

"I had to get through a few lapped cars. They are off the race line, but turning and braking it depends where the wind is coming from.

“It felt like as soon as I got in, I lost the rear," he sighed. "But I’ll watch it again and see if it was something I caused.

"But it’s done. Obviously a shame, because when I lost it I was, 'Okay I’ll spin and get going again', but it kept going until I hit the barrier and damaged the rear wing."

When engineers checked the rear of the R.S.20 they found that the rear wing needed replacing. They worked on the car throughout Q3 but ultimately didn't finish in time to allow Ricciardo to get out on track.

As a result, Ricciardo will start tomorrow's race from tenth place on the grid. 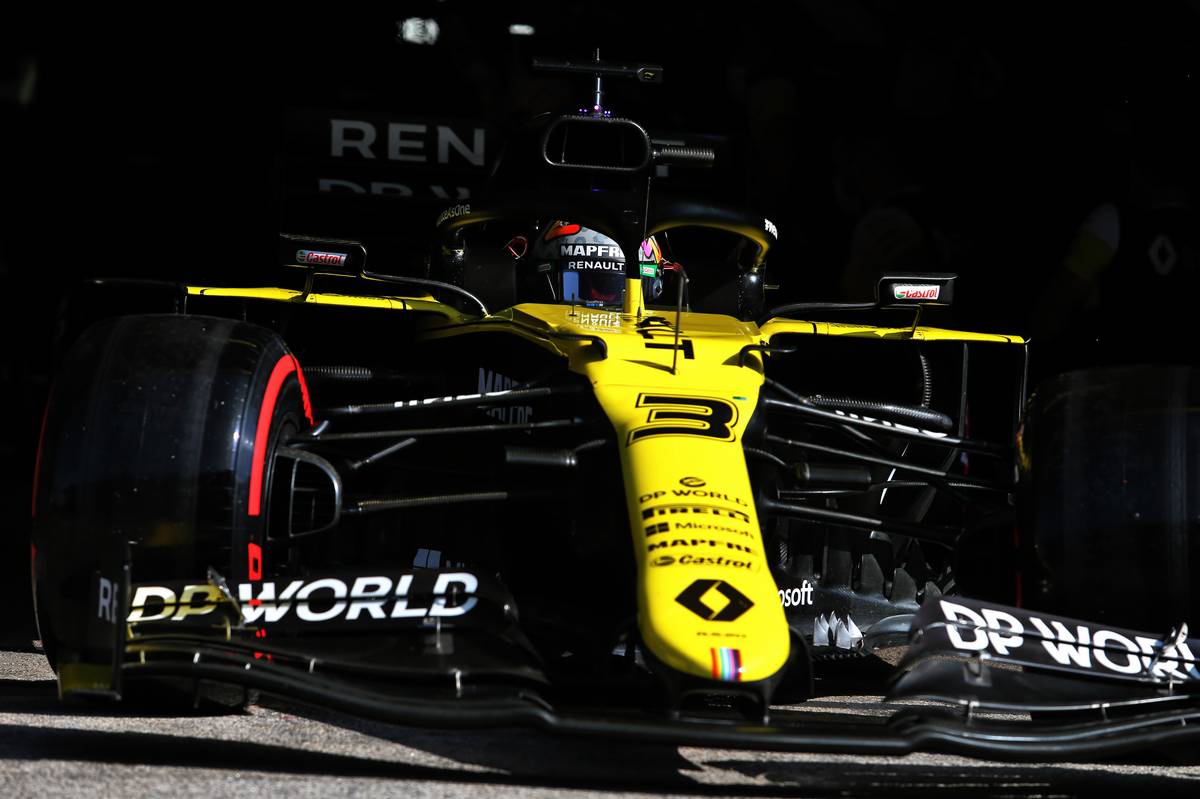 “The team got very close to getting me back out on track for Q3. One more minute and we were on track," he said.

"It’s a shame. I could see them working hard in the mirrors trying to make it work for me, so it was a bit of a let down for them. But we’ll make it happen tomorrow and move up.”

Although the low grid position is a disappointment for Ricciardo after his maiden podium for the team last time out at the Nurburgring, the Australian is still confident that he'll fare better in race trim.

"Once we settle into a rhythm we can get the car in a bit of a happier place," he insisted. “Once the race settles, and we get into the tyres, it should be okay.

"I’m ready to move forward, finish better than tenth and make up for the error today.”

Ricciardo's team mate Esteban Ocon narrowly missed out on making the cut at the end of Q2 and will start from 11th place tomorrow.

“It’s a shame to be out in Q2 today, we seemed to have struggled a little bit with the car all weekend," said the French driver. "It’s tricky to find a good balance here and it seems to be the same for everyone.

"The wind also picked up and the weather changed a little bit from this morning, so I think that added to the challenge today in qualifying.

"Let’s see what is possible for tomorrow, we have the free tyre choice and if we can get a good start we can still do well.”