Last time out at the Nurburgring, Lewis Hamilton did what few people thought would ever be possible by equalling Michael Schumacher's long-standing record for the most Formula 1 race wins.

And this time in Portimão he seized the record entirely for himself, breaking the tie with Schumacher by claiming his 92nd career victory to put him literally in a class of his own.

“It’s going to take some time to fully sink in,” Hamilton said after the finish. “I could only ever have dreamed to have been where I am today.

“We’ve got my dad here which is amazing, and my step-mum Linda, and [my dog] Roscoe, so it’s a very blessed day.”

His latest victory saw him cross the line 25.592s ahead of his Mercedes team mate Valtteri Bottas, the biggest winning margin of the season so far.

"I was still pushing flat out all the way to the line," he said. "I’m very much still in race mode, mentally. I can’t find the words at the moment.”

However it wasn't plain sailing for Hamilton, who struggled for pace at the start and lost the lead on the opening lap as light drizzle affected the tyres and grip.

"They said it was going to rain straight after the race but we got some spitting just at the start," Hamilton said. "I had a good start but then going into turn seven I had a huge oversteer moment.

"I really backed off massively. Arguably I should have probably tried to defend from Valtteri but I was like, 'No - I'll come back later on'. And fortunately that's what I was able to do so." 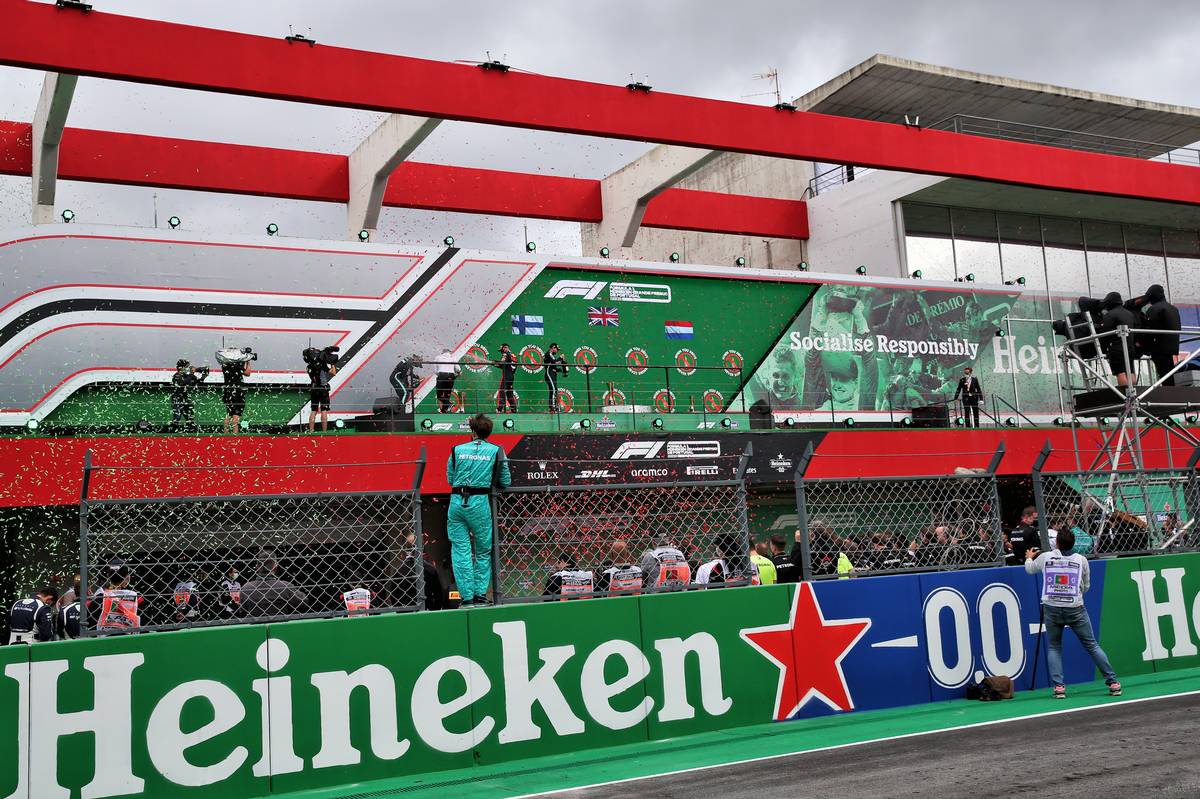 Even once he was back in charge from lap 20, he suffered from acute discomfort in the closing stages.

"It's an incredibly physical sport, I had a cramp in my right calf," he explained. "I was lifting quite often down the straight because it was about to pull.

"[It was] pretty painful, but I had to somehow get through it because it is what it is. You can't lift the whole lap."

Hamilton's record-breaking success hinges on his decision to leave McLaren and join the still-struggling Mercedes squad in 2013 - a choice that was criticised by many at the time but which has proved a masterstroke in hindsight.

“I didn’t have a magic ball when I chose to come to this team and partner with these great people, but here I am," he said.

“What I can tell you is that I’m trying to make the most of it everyday. Everything that we do together, we’re all rolling in the same direction.

"That’s really why you’re seeing the success that we’re having.”