Daniel Ricciardo was buzzing after qualifying P5 for Sunday's Emilia Romagna GP, the Renault driver hailing what he described as his "best lap of the year".

A late flyer in Q1 secured Ricciardo's spot in Q2 before the Aussie upped the pace and locked in his position among the top-ten for Saturday's final shootout. 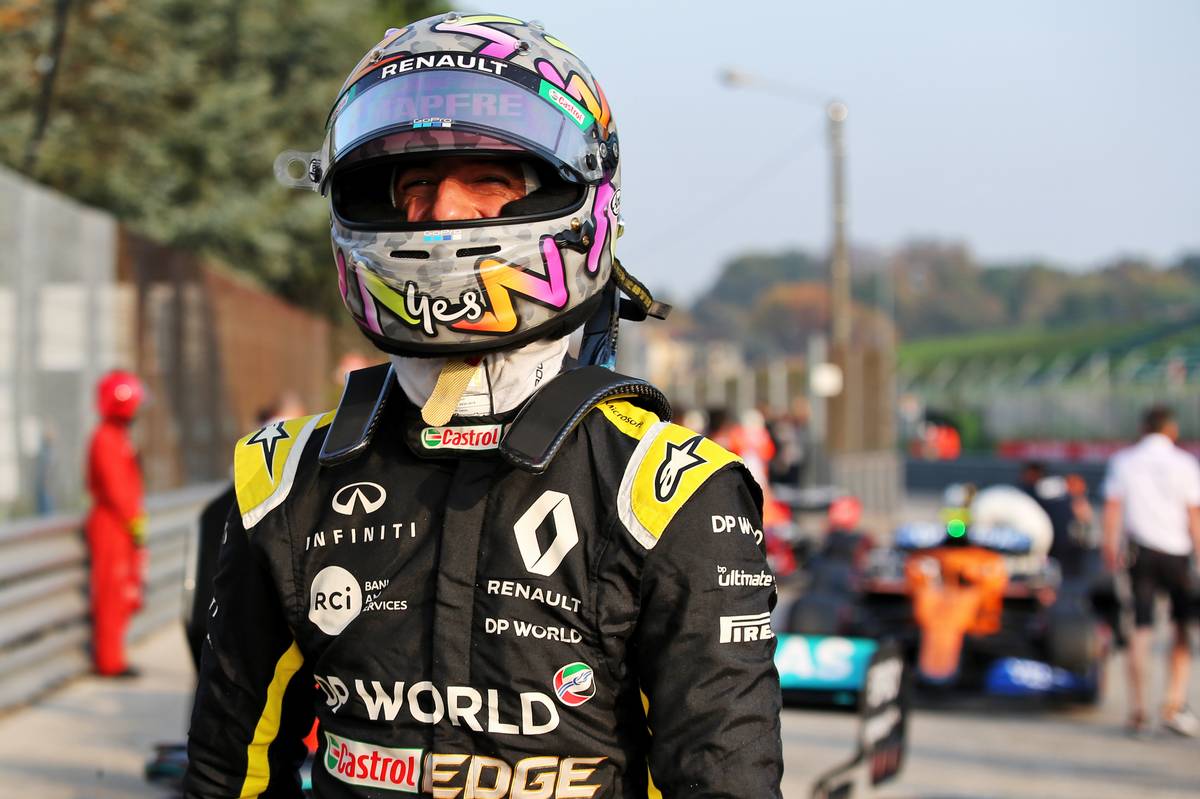 "I’m very happy with the lap and the result. Even that aside, pushing the cars around here, doing those lap times, is fun. It’s a serious circuit, it really is.

"It’s that combination, it’s narrow, it’s tight, it’s fast. There’s chicanes but chicanes you can attack the kerbs. Not sure what it is with race cars and race drivers, something about taking kerbs and really throwing the car around, it shows a bit of personality in a way.

"Felt like a fun ragged aggressive session which we could manhandle. Q3 was awesome, that lap was my best Q3 one of the year."

Looking ahead at his prospects for Sunday's race, Ricciardo reckons he'll set his sights on fourth-placed man Pierre Gasly at the start.

"I didn’t really get a long run in this morning, so I don’t think we know too much tomorrow, but saying that, everyone is in the same boat – I’m not too concerned," Ricciardo added.

"Gasly is a target. If we can get him at the start, fourth is a serious chance for us. That’s what we’ll try and capitalise on tomorrow.

"As fun as it was today, do think it’s going to be trickier in the race as far as overtaking…it is narrow, hard to find an alternate line when following a car.

Leclerc: 'We expected something better' from Imola quali