Jos Verstappen's preferred choice as his son's teammate at Red Bull next season is Nico Hulkenberg, who is also the Dutch driver's favored pick.

Another lackluster performance and mistake from Alex Albon in the Emilia Romagna GP last weekend is inevitably moving the British-Thai racer towards the exit door at Milton Keynes.

Despite Albon's poor result at Imola, Red Bull motorsport boss Helmut Marko has vowed to give the 24-year-old a little more time before making a final call on the latter's fate.

"We will give him a little more time," Marko told Motorsport-Total.

"He even has Abu Dhabi to prove his worth and then we will make an internal decision on whether to continue or look for someone from else.

"But there are many drivers on the market, so we will not be rushed."

There are indeed many free agents that would jump at a chance to join Red Bull, but Marko's choice appears to have narrowed down to outgoing Racing Point driver Sergio Perez and F1's super-sub Nico Hulkenberg. 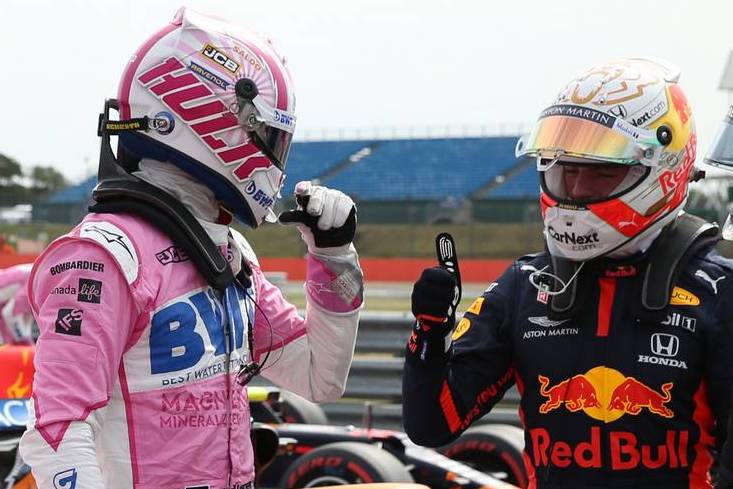 In addition to his talent, the former could bring a healthy personal budget to the Milton Keynes-based outfit that would at least pay for the Mexican's services. But the option of slotting in Hulkenberg alongside Verstappen next year gets a thumbs up from both son and father.

"It can only be three drivers - Albon, Hulkenberg or Perez," Jos Verstappen told Ziggo Sport's Peptalk. "I have the same preference as Max."

Verstappen Sr. implied that the Hulk would be his driver of choice for 2021, but the former F1 driver elaborated on why it's important for his son and the team to have a reliable and fast driver sitting on the other side of the garage.

"Max does need a strong teammate – the last race would have gone differently for a start," he said.

"If his teammate had been behind Hamilton, he could have come in earlier than he had to and the cards would have been shuffled differently.

"With a good teammate you also get better data in practice. If you have two drivers who can go their separate ways, you get more information that way."

In order to keep costs under control amid the global coronavirus crisis, Formula 1 has delayed until 2022 the introduction of its future regulation platform and made mandatory the use of this year's chassis for next season.

In light of Mercedes' continued domination, the German outfit could prove unassailable again next year. But Jos Verstappen stills sees an opportunity for his son to challenge for the world title, under the condition that Red Bull does its part.

"We look at it from year to year," he said. "There will be new opportunities next year, but the car and engine need to be improved.

"There will be a new engine next season, which is already better than the current one, so that’s positive. But the competition doesn’t stand still, of course,” he said.

"We will have to wait until we have the new car but it’s been a difficult season. We’ve dropped our four times – three times in Italy, once in Austria.

"However, we do notice that we are getting closer to the competition. The last race was particularly exciting so hopefully we will have a better car next year so that Max has a chance to fight for the championship."

Brawn: Ricciardo would be title contender with Mercedes