Former F1 driver Jolyon Palmer says crashing behind a Safety Car is a "cardinal sin" for a driver, but also a gaffe that is a lot easier to do than one might imagine.

Russell was caught out during the Safety Car period that occurred in the closing stages of last Sunday's Emilia Romagna GP when he applied too much throttle while trying to keep his tyres warm.

The Williams driver suddenly veered off course on the approach to the first Acque Minerali chicane, hitting the barriers and putting himself out of contention for a potential maiden top-ten finish in F1.

A distraught Russell quickly owned up to his mistake, but Palmer believes there were mitigating circumstances surrounding the Briton's blunder.

"Russell was unfortunate in being the last car that race leader Lewis Hamilton had lapped before the Safety Car was deployed, which meant that he was the first driver the Safety Car picked up behind the leader, and when Hamilton pitted for new tyres Russell became the car directly behind the Safety Car," Palmer explained in a feature for Formula1.com. 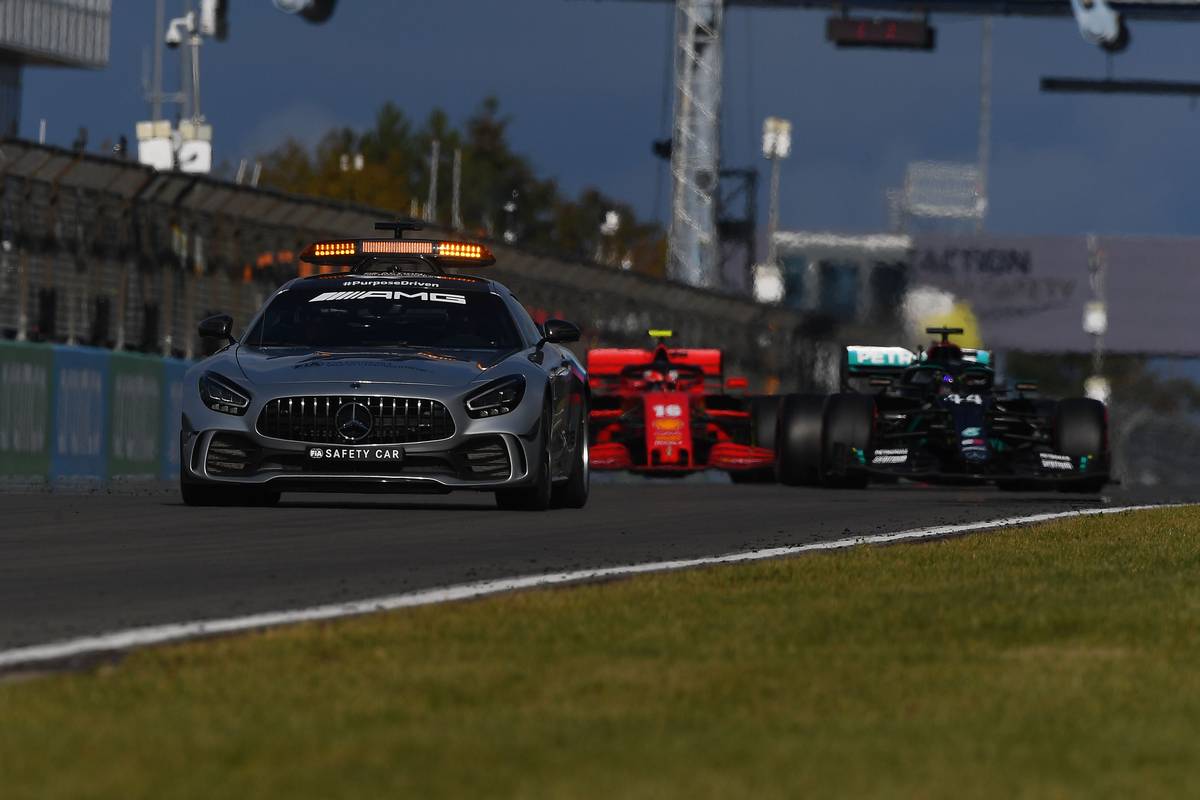 "This all meant he had been there the longest of anyone – nearly a full lap more than others on hard tyres, Ricciardo, Leclerc and Albon.

"Russell spent a lap and a half following the Safety Car before his crash and it was obvious the tyre temps were dropping as he fought the car slightly coming out of Tosa, just moments before dropping it fully into the wall as the rear wheels span up again over a slight bump on the run down to Acque Minerale."

Palmer sympathized with Russell's predicament as he remembered a mistake of his own behind the Safety car at Monaco in 2016.

"Crashing out from behind the Safety Car is a cardinal sin in Formula 1, particularly if you are running in the top 10 and have never previously scored a point, but it’s actually far easier to do than anyone watching on could imagine, and that is why we do see it from time to time," said the former Renault driver.

"When track temperatures are high and you are on soft tyres, this sort of thing doesn’t happen, but when that is not the case, it is possible, and George Russell sadly found out the hard way on Sunday.

"We see it from time to time in pre-season testing as well, when cars have silly-looking spins on the cold mornings, always from the rear tyres losing grip.

"When the fronts get cold you lock the brakes and can’t turn the car properly without it juddering horribly across the circuit.

"When the rears get cold you risk these silly moments, where the car suddenly breaks away under the strain of 1,000 horsepower.

"I too learnt the hard way when it came to tyre temperatures in Monaco in 2016, crashing on the main straight on a Safety Car restart, but in effect the start of the race," added the Briton.

For me, it was compounded by crossing a zebra crossing at a sodden Monaco, but it was a lack of tyre temperature that predominantly did the damage and caused the car to suddenly snap. There’s nothing the driver can do once that happens.

"For Russell a slight bump in the road was his compounding factor, mixed with too much throttle and sub-optimal rear tyre temperatures. A gutting error."

Recreated BRM V16 will give lucky owners an earful