George Russell has admitted that he was unsettled by all the talk that Williams might be about to terminate his contract at the end of the season and leave him on the sidelines for 2021.

Despite being considered one of the potential superstar talents on the grid, Russell's place was rumoured to be under threat following the takeover of the team by Dorilton Capital.

Prior to that, then-deputy team principal Claire Williams had confirmed both Russell and Nicholas Latifi for 2021. But afterwards, the new management headed by acting team boss Simon Roberts appeared to be reconsidering the decision.

After Sergio Perez was told he would be by Racing Point at the end of the current season, Williams seemed on the verge of picking up the experienced Mexican at the cost of Russell.

It was only last week when the team finally decided to stick with the current line-up. Although Russell himself dismissed the rumours publicly, he's now admitted to being nervous at the time about what might happen.

“I heard about the speculation about my seat,” he told Auto Motor und Sport this week. "It didn’t matter whether the stories were true or false, it was about my place in the team.

“Of course I was worried. Simon, the new owners and I had a clarifying conversation. There it was made clear that we have a contract. Period.”

After public confirmation of the final decision, Russell went on to have another trademark outstanding performance in qualifying at Imola to line up in 13th place on the grid.

In the race, he was running in the points behind a late safety car in the race when he suddenly spun off the track and into the barrier while swerving to heat up his tyres, a mistake he described on the day as "just gutting". 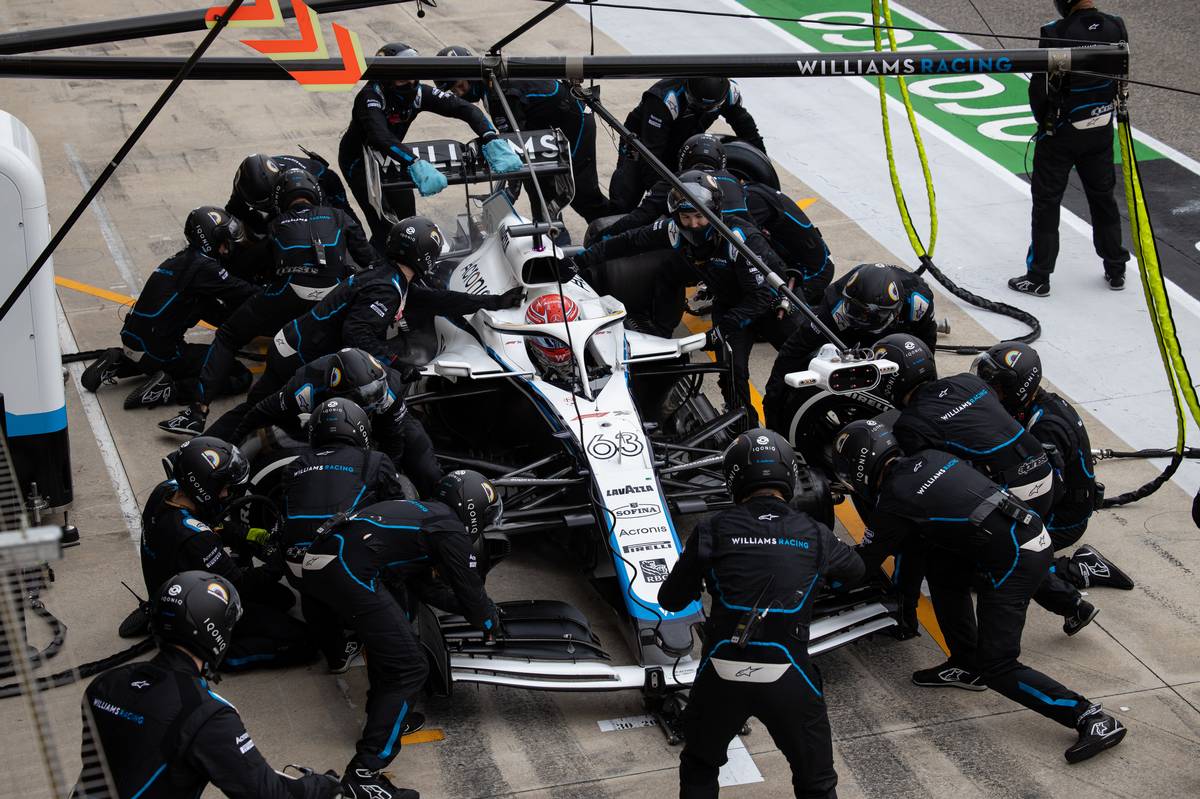 "A rookie mistake that I can’t explain to myself,” Russell told the German sports newspaper. "I’m very angry with myself. We were incredibly fast in the race for our standards, and then I threw the car away so easily.

"I accelerated, shifted up, and a small bump in the ground caught me out. The next thing I know, I'm stuck in the wall.

"These cars can be brutal," he continued. "They can catch you on the wrong foot from one moment to the next, especially with cold tyres. But we will get ourselves into that position again and then execute."

Despite a number of impressive performances since his debut in the 2019 Australian GP, Russell has yet to score any championship points after 34 outings.

The only other active driver not to have scored any points is Latifi, who inherited 11th place at Imola after Russell's retirement. But Russell remains optimistic that the chance of a top te finish in 2020 is still possible.

"We have made the breakthrough in vehicle set-up and understanding in recent weeks," he added. "We can now consistently be ahead of Alfa Romeo and Haas."

Giovinazzi says Raikkonen 'continues to be one of the best'

Ricciardo hoping to soon swap helmets with one special rival