Formula 1 teams will reportedly prepare for the 2021 season with a single three-day test program, likely to be conducted in Bahrain.

Last winter, Formula 1 reduced its pre-season program from eight to six days across a two-week period spent at the Circuit de Catalunya in Barcelona.

However, with teams carrying over into 2021 their current chassis as part of the sport's cost-saving measures, less development will be required, thus justifying a further reduction of F1's pre-season program to just three days.

Finals dates for the three-day test and confirmation of Bahrain as the host circuit have yet to be announced.

The lighter pre-season program will precede a record 23-race schedule that was released earlier this week, with the opening round of the 2021 season to take place in Melbourne on March 23.

Bahrain, which hosted its first Grand Prix in 2004, last welcomed F1 for pre-season testing in 2014. Teams are unlikely to encounter adverse weather at Sakhir while an end of February, early March date at Barcelona could foil testing plans as was the case in early 2018.

Stroll 'as safe I could be' in Imola marshal drama 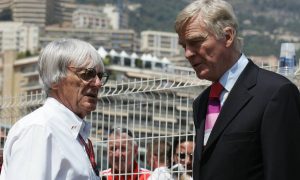