McLaren's Lando Norris was forced to pull out all the stops in Sunday's Turkey GP to recover from what he described as "the worst start of everyone's career ever".

Norris had qualified P11 but lined up 14th on the grid as the result of a grid penalty incurred for ignoring double-yellow waved flags in qualifying.

But when the lights went out, the McLaren driver bogged down in the treacherous conditions and was passed by almost the entire field.

Norris clocked in 15th at the end of the first lap after making up some lost ground and gaining a few positions following spins at the first corner by Esteban Ocon and Valtteri Bottas.

The 21-year-old then put in a spirited drive to forge ahead and finish P8, snatching at the very end of the race a bonus point for fastest lap. 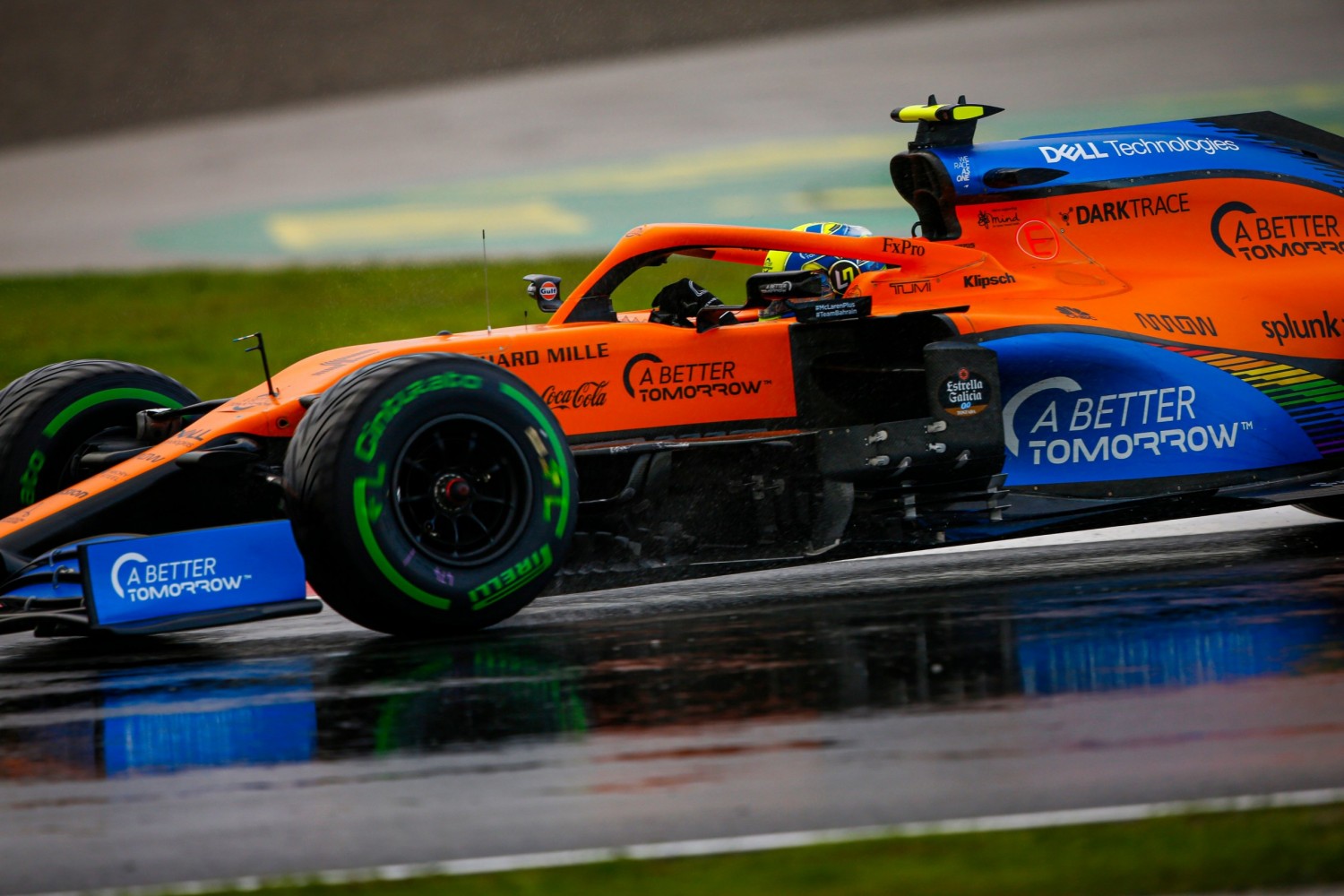 "But every time we got into clear air and had some nice gaps in the car ahead, the car came alive, and we had really good pace, but it was just always difficult to put yourself in clean air and with a nice gap.

"It was a bit of a patient game that we had to play all the way through."

In the challenging environment, a bold Norris went all in to put one over several of his rivals.

"The overtakes were nice, I got lucky with Daniel [Ricciardo] and George [Russell], because it's so difficult to overtake you have to take some risks.

"Because there's one line you have to follow, so as soon as you go off line you just lose the car. It was tricky, but I took the risks I had to take in order to finish."

A persistently wet track at Istanbul Park on Sunday precluded drivers from using slicks, but a worn set of intermediates was the next best thing according to Norris.

"The inter as a slick, is almost better than the slick," he said. "Because the operating window is much lower. It's a very soft tyre. So the grip we had at the end, although some corners were still wet, I did a 1m36s.

"The last corner was completely wet, we were losing at least three, four seconds. So if you think about it, some of the corners we were quicker on an inter then we did all weekend on a slick, which is very weird. But it's just how weird this tarmac is, and how it suits the tyres."

Norris' result coupled with a fourth-place finish by teammate Carlos Sainz has left McLaren P4 in the Constructors' standings, just 5 points behind Racing Point and 13 points ahead of Renault.