Haas' Kevin Magnussen endured a stressful Turkish GP with limited rearward visibility prompting the Dane to retire from the chaotic race rather than risk a crash with the leaders.

The dismal conditions at Istanbul Park last weekend challenged drivers but for those racing in the midfield, the circumstances added an extra layer of difficulties.

In the latter part of the 58-lap race, Magnussen's dirty mirrors hampered visibility, forcing the Haas driver to rely on information from his engineer about upcoming traffic.

Magnussen had worked his way into the top ten by the race's half-way mark but fell down the order following a pit stop blunder by his crew.

Running at the tail end of the field and at the mercy of faster cars, the Dane radioed in to signal that he could no longer make out what was going on behind him and that the situation was dangerous. 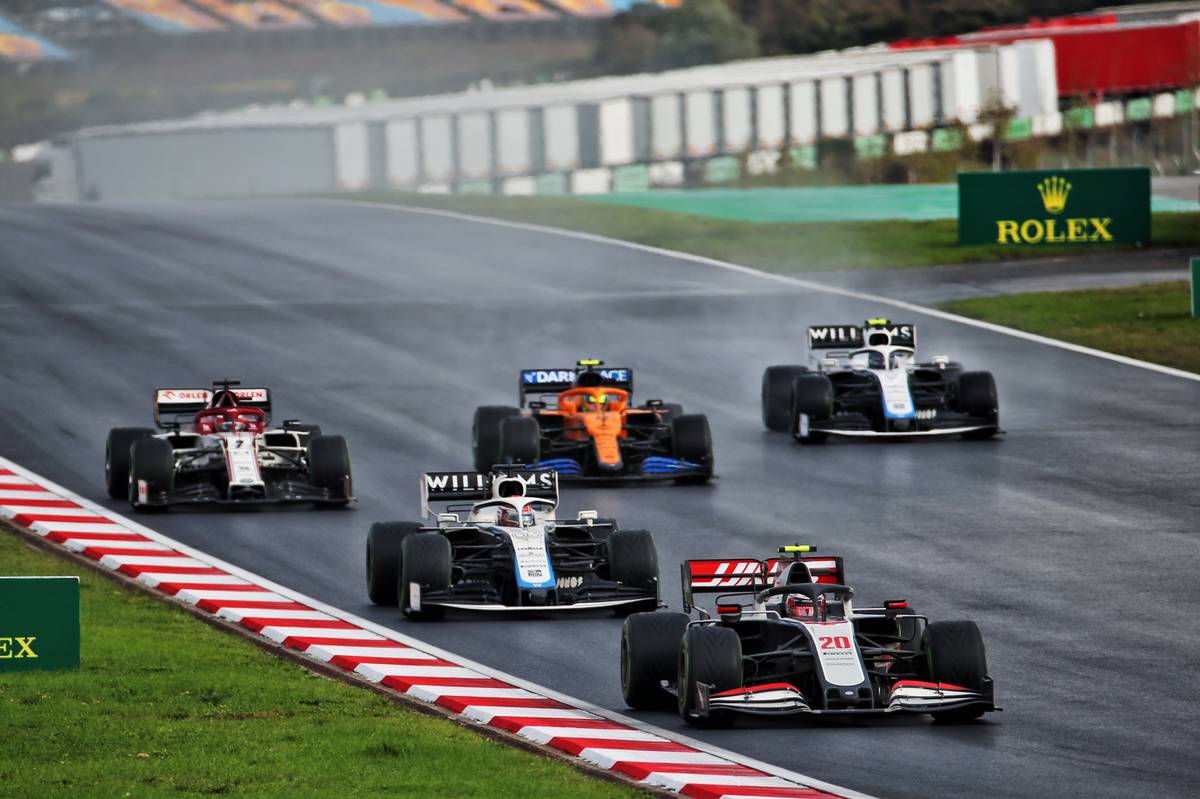 However, the team kept him out, hoping that attrition would hand the team a point or two. But Haas ultimately decided to bring in its frustrated driver on the penultimate lap to avoid any risk of contact with a fast approaching Lando Norris.

"The difficulty was he couldn't see to the back, because of the mirrors," expalmined team boss Guenther Steiner. "I think they were dirty and with all the spray you cannot see anything in the rear.

"And being in the middle with blue flags is very difficult if you don't see in the back, and he didn't want to hurt anybody's race or do anything which then is deemed having done something wrong.

"He started to say that about 12 laps to go. And a race like this you never know if in the front there is a mayhem happening in a group of five or six cars.

"All of a sudden you can unlap yourself, and it's like a difficult decision because then you really look stupid if you withdrew a car. And he was fast.

"So we decided to keep him out there, and the car was going good. I mean, the chances of an opportunity were very small, but you cannot just give up."

Ironically, Haas retired Romain Grosjean for damage that occurred when the Frenchman was hit by the Williams of Nicholas Latifi, who blamed his dirty mirrors for the contact.

"I couldn’t see out of my mirrors from basically lap one," Latifi said after the race. "Not from rain or fog, they were just coated in a layer of dust and dirt like the rest of the car.

"It was very tricky to manage. You can only rely on the radio messages so much [with] gaps and stuff.

“I know when they are within a second because of the beep from the blue lights, but then so much of letting the drivers by is seeing and using your eyes.

"It was just unfortunate that I got the gap, whichever Renault it was, Grosjean followed, I pulled off to the side, broke on the inside line to let them have the racing line, but they were much further back than I thought as I couldn’t see them.

"When the Renault went by I was by the turning point, but had no grip and understeered into Romain. It was my mistake, but it was unfortunate."

McLaren: Sainz clearly justifying 'why Ferrari went after him'