Sergio Perez reckons he's probably at his peak as an F1 driver as the Mexican demonstrated in spectacular fashion last weekend in Turkey.

Perez finished second at Istanbul Park last weekend, skillfully side-stepping the many challenges and pitfalls faced by drivers in the wet and slippery conditions.

But Perez also owed his runner-up spot behind race winner Lewis Hamilton to his experience in tyre management that allowed the Racing Point charger to undertake just a single pit stop and prolong the longevity of his intermediate tyres.

While last Sunday's result was his first podium of the season and his first since Baku in 2018, Perez cast a positive view on his 2020 campaign, and where he currently stands in his career as a driver.

"I think from my side it’s been a good season but also Formula 1, it’s so much related to your car’s potential," Perez said.

"I think I’ve had very good seasons in the past but were not seen as a good year because of the car's potential. I was finishing seventh in the championship, a couple of times eighth, but I was still doing a good job, a tremendous job. 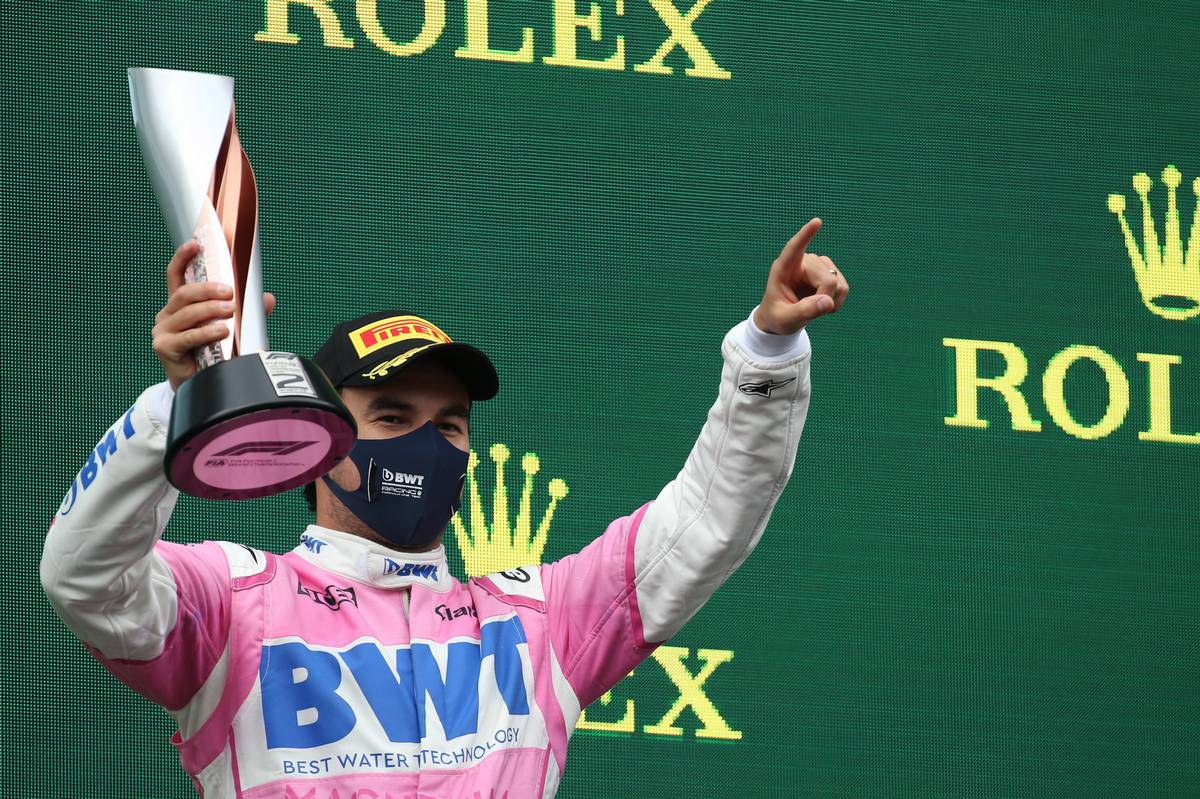 "I think right now I’m at a very good level in my career, I think probably at my peak in terms of experience, understanding, communication-wise with the team as well. I’ve been awhile with the team so that also helps."

Perez believes his performance in Turkey, which helped Racing Point build a small but crucial five-point lead over McLaren in the Constructors' standings, bodes well for his final three races with the Silverstone-based outfit.

"I think the season has been a bit up and down due to a lot of things, circumstances, some on track, some off track but still we’re getting our season on track and I’m sure this podium will help us to finish the last few races on a high," he said.

F1 boss Ross Brawn said after last weekend's race that it would be a tragedy if the talented Perez fell off the grid in 2021, a view shared by the Mexican's fans and many in the F1 paddock.

But Perez's only chance of remaining in F1 next season is hinged on Red Bull's decision to retain or not Alex Albon, a call that Christian Horner and Helmut Marko likely won't make until the end of the season.

As Red Bull's decision lingers, Perez patiently waits, although the 30-year-old admitted that time was slowly running out.

"Everything is so late now it looks like I will know whether I continue in Formula 1 or not quite late in the year," he said.

"I think a sabbatical, it’s an option. We’ll see what what happens in the next couple of weeks."

McLaren: Sainz clearly justifying 'why Ferrari went after him'