Valtteri Bottas took pole position for Sunday's Sakhir Grand Prix, but it was by a razor thin margin over his stand-in team mate George Russell who is subbing for the unwell Lewis Hamilton at Mercedes this weekend.

Russell had topped both of Friday's practice session to establish himself as a genuine threat to the more experienced driver, putting Bottas under pressure to prove that he was still the top driver at the squad in Hamilton's absence.

In the end the difference between them in Q3 was just 0.026s as they succeeded in securing another Mercedes 1-2 front row lock-out - a little too close for comfort perhaps for Bottas, who was less than delighted with his performance.

"It's good to be on pole," he told the media after the end of the session. "I'm happy for that but [it was] not my best qualifying. I'm happy it was enough.

Bottas took pole with a time of 53.377s in his second flying lap of the final round. He wasn't able to improve on it with his final run which was somewhat scrappy, allowing Russell to close the gap - but not by enough to bump the senior man off pole.

Bottas admitted that it felt odd to have someone new in the car alongside him in the Mercedes garage after such a long partnership with Hamilton.

"For sure it's a different situation to have a new teammate," he said. "But ultimately I just wanted to focus on my own doing, and not to waste energy anywhere else,. I think I managed to do that.

"I think strategy wise we are in a great place as a team and good to see George locking out the front row as well." 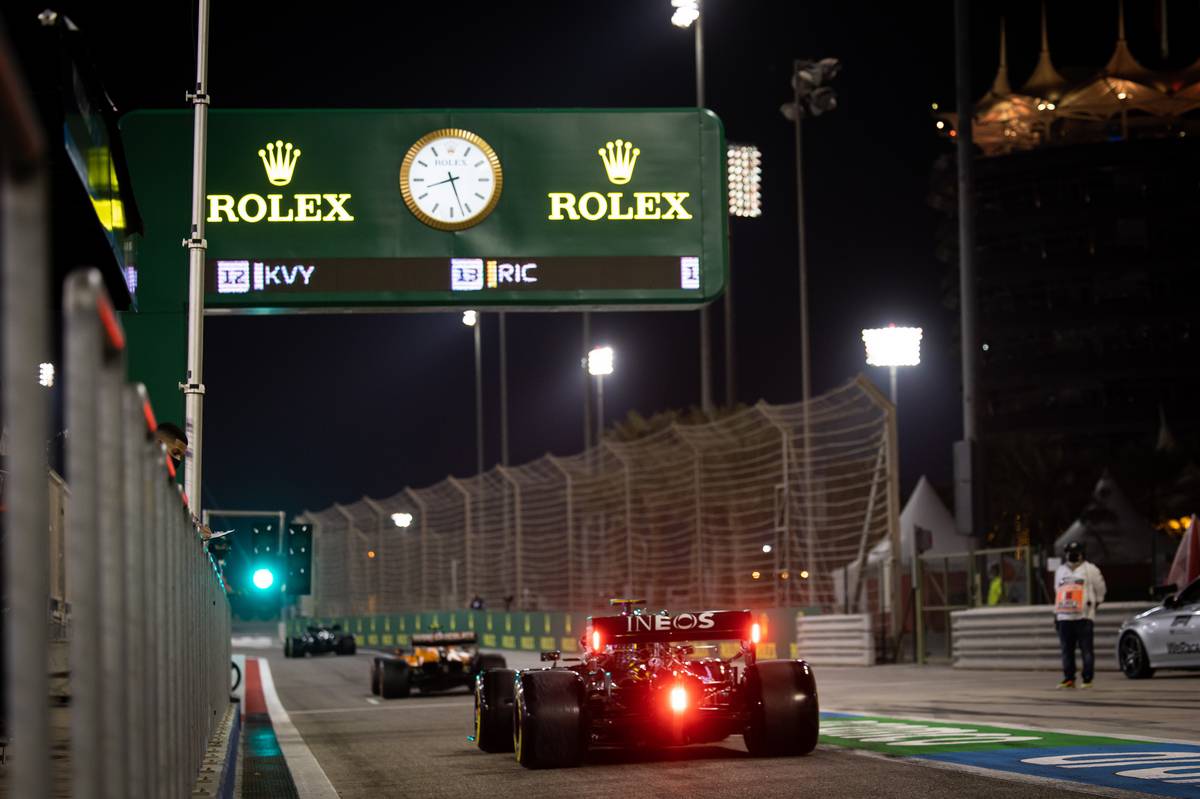 The result means that the pair will be alongside each other for the start or Sunday's night race, with both drivers on medium compound tyres at the beginning

A long drag to the first corner means that anything could happen on Bahrain International Circuit's outer loop, the first time that this track configuration has been used in a top championship.

"It's a bit of an unknown really how the racing is going to be," Bottas acknowledged. "Hopefully we'll see a fun race. It feels a bit of a Mickey Mouse track, in a way. It's quite bumpy and twisty, but let's see tomorrow."

"It didn't feel that easy to follow other cars, so I'm really pleased to be on pole and go from there."

Bottas was 0.056s faster than Red Bull's Max Verstappen, who will start the race on the soft compound from third place alongside Charles Leclerc, after a strong qualifying performance from the Ferrari driver.