Racing Point's Sergio Perez believes the strong pace he enjoyed in the closing stages of Sunday's Sakhir GP would have allowed him to fend off an assault by Mercedes chaser George Russell.

Russell was recovering from a disastrous pit stop under the Safety Car by the Mercedes team during which its crews confused tyre sets between the Briton's car and that of teammate Valtteri Bottas.

Forced to undertake an additional stop, Russell was fifth when the race was restarted. The Mercedes stand-in resumed a charge that pushed him back up to second within a handful of laps.

As he prepared to hunt down Perez up ahead, a puncture put paid to his efforts and to his dream of fighting for an outright win for the first time in his young career in F1. 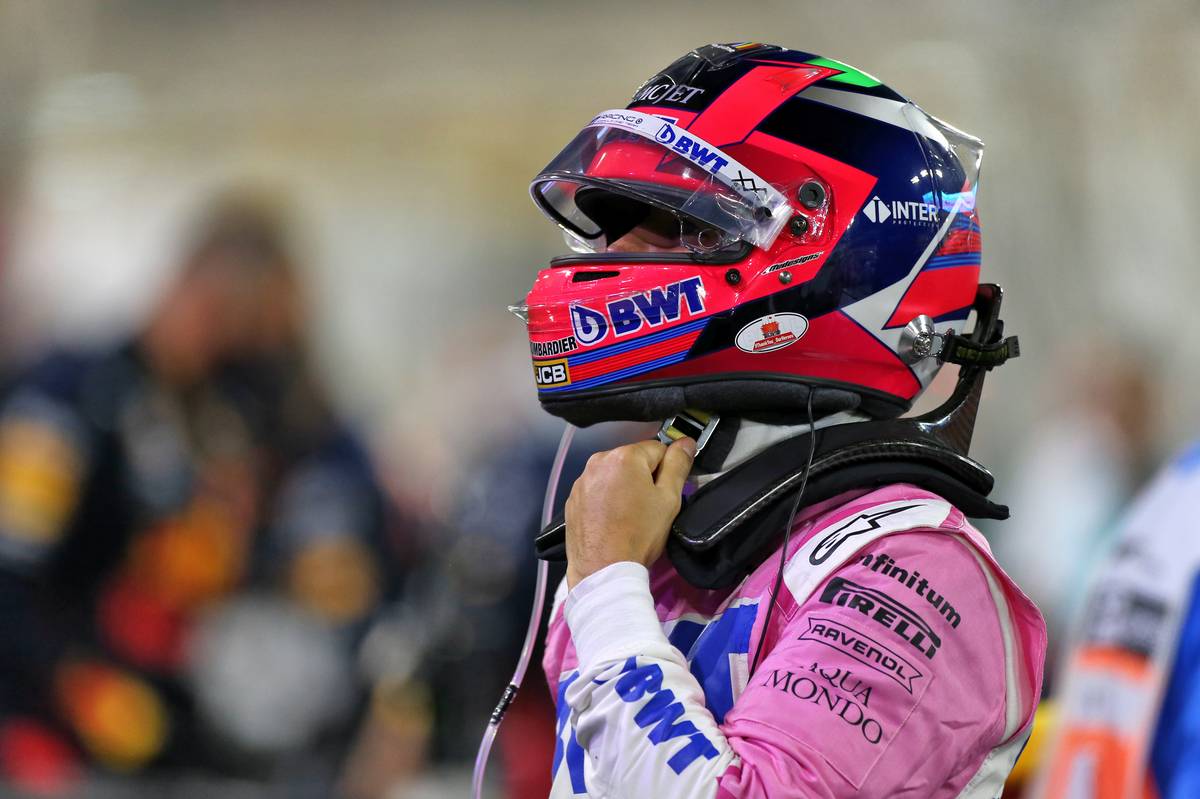 Perez - who had clocked in dead last at the end of the opening lap following a contact with a clumsy Charles Leclerc - believes it would have been a tight battle against Russell in the final laps of the race but that ultimately he would have prevailed.

"I think after what happened in Imola, when we made the wrong choice under the Safety Car, we were clear what we wanted to do here," Perez said.

"We were staying out. We were fairly confident I was going to be able to restart on tyres and to be able to go to the end with good pace.

"He was about two-to-three tenths [faster], sometimes four tenths, sometimes I was matching him. I think the closest he got was 2.8s. The information we had as a team was you needed a difference of eight-tenths a lap to overtake.

"I think we won today on merit. Yes, the Mercedes had some issues, but I think in the end my pace was strong enough to have held George, who did a fantastic race."

The rallying cry in the paddock after the Mexican's superb win was for Red Bull to sign him up on the spot for 2021, especially in light of Alex Albon's unremarkable performance in Sakhir.

But Perez says that if he isn't on the grid next season, he'll at least enjoy a "peaceful" year on the sidelines.

"It makes me a bit more peaceful with myself," he admitted. "What happens is not so much in my hands at the moment but I know I want to keep going so if I’m not on the grid next year I will be back in 2022.

"We’ve seen drivers like him missing out on seats so it’s just the way Formula 1 is . It can be really tough, and not the best drivers are in Formula 1, unfortunately."