Charles Leclerc's results in 2020 have fallen well short of expectations, and yet the Ferrari driver insists he's "extremely happy" with his campaign.

Last year, in just his second season of Grand Prix racing and his first with the Scuderia, Leclerc clinched his first two career wins in F1, an achievement that elevated him to the rank of genuine contender for the title in 2020.

Alas, a Ferrari engine stripped of its 2019 muscle by the FIA and an aerodynamic weakness imbedded in its SF1000 foretold a season of struggles for the Scuderia as early as pre-season testing.

A lucky second-place finish behind Valtteri Bottas at the opening round in Austria is as good as it has been for the Italian outfit and its star driver who have been confined to scraps in the midfield for most of the current season.

"At the beginning of the season it was difficult to accept the situation we were in," Leclerc told BBC Sport.

"I’ve always had a dream of being in Ferrari to win races and then I did a first year that was very good.

"I won my first ever F1 race, which was a dream since I was a child, but I was still at the end of the season a bit disappointed with myself because I did mistakes at some very important moments last year where I would have hoped not to."

"It’s part of the learning curve, so I gave myself a target this year to try and do it in a better way with less mistakes, which I think I achieved." 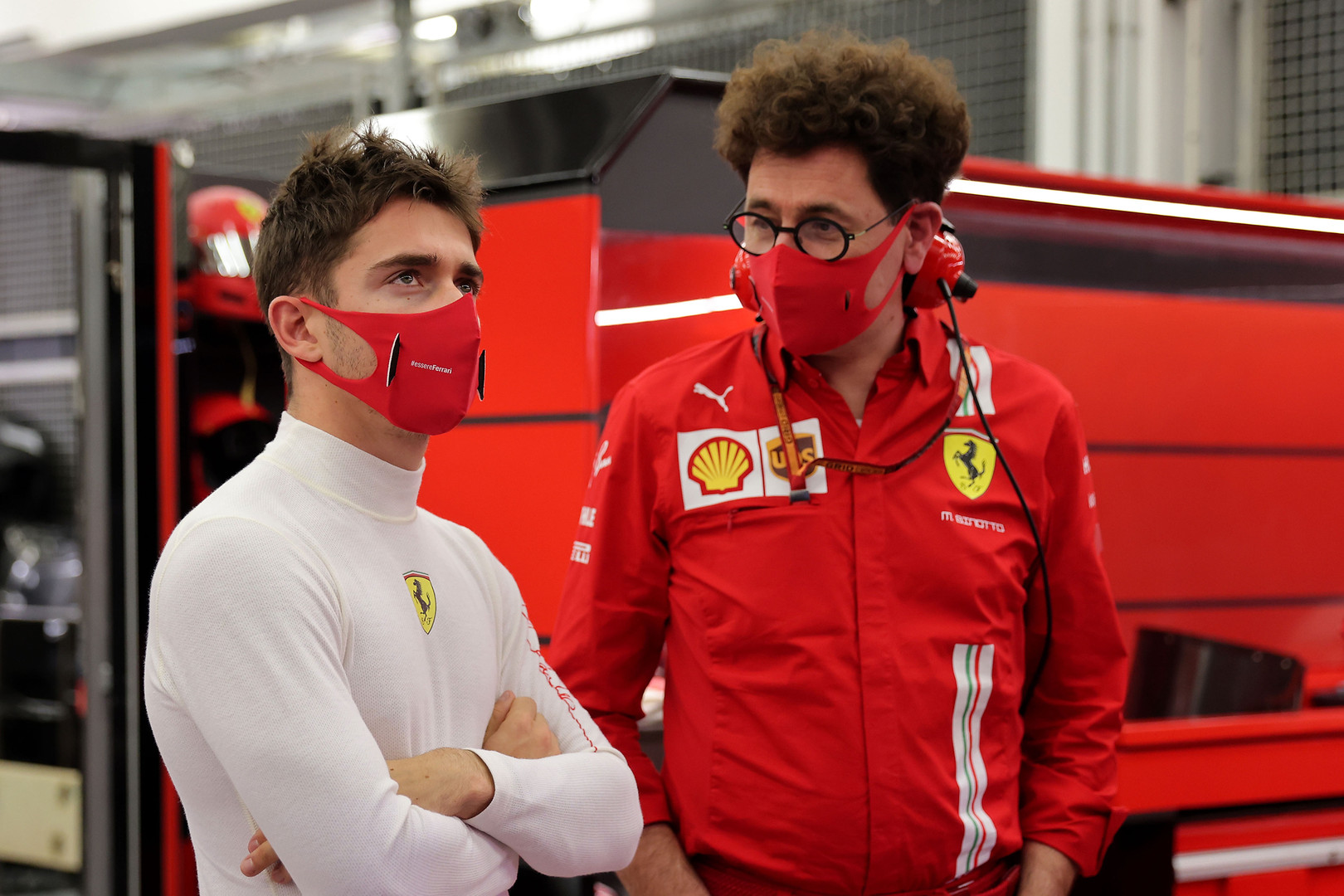 Despite his equipment's limitations, Leclerc reckons he's made a step forward in 2020.

"Looking back at the season, I am extremely happy with it," he added. "But on the other hand the car was not as good as last year so unfortunately I couldn’t achieve and show as much results-wise how good my season was.

"But thankfully somehow people have still managed to see I was doing a better job than last year even though the results were not as good.

"It kept me very motivated that people were seeing what I was doing in the car."

But Leclerc's natural resilience and an ability to spur himself on during difficult times have also been important allies during Ferrari's troubled season.

"That has been my mentality whenever we have had a difficult race, trying to prove people wrong."

But alongside Leclerc's ability to lift himself above the difficulties resides an equally strong sense of self-criticism, a trait that triggered his very vocal flare-up in Turkey, when a mistake on the final lap of the race deprived him of a spot on the podium after a solid performance around Istanbul Park.

"That's probably one of my best performances this year in a race and I'm aware of it and I was aware of it after the race when I calmed down," he said. "But on the other hand, I was so disappointed.

"I am always very hard with myself. And this won't change. But now it's more constructive than destructive as it was in the past probably.

"When I was younger, every time I did a mistake I was putting myself down. But it was not constructive. I was losing a lot of confidence in myself and that was not great.

"But year after year I managed to change that into how to learn from my mistakes and this seems to work pretty well for me."