AlphaTauri technical director Jody Egginton says that the team is planning to build on what it's achieved in recent seasons rather than seeking a whole new direction in 2021.

“The areas we’re targeting in performance are the same ones we targeted last year," he told The Race website. "There’s no terrible weaknesses, we’ve just got to move the bar higher in every area."

The team saw Pierre Gasly win the 2020 Italian Grand Prix at Monza, but failing to make the most of opportunities at other races left them in a disappointing seventh place in the final constructors championship standings.

"[There were] events where we didn’t deliver as well as we should have done. We’ve got to learn how to be better really," Egginton acknowledged. "We’ve had a couple of events where we’ve under-delivered.

“[But] the trackside engineering team has done a fantastic job," he insisted. "[Races] where they’ve over-delivered by making a fantastic strategy call.

“The engineers have been brave with the set-up when we needed to be, and they’ve worked fantastically well with the drivers," he added. "That’s one of the strengths of the team.

“There’s no politics and no superstars, but there’s things we have to work on - the team’s not a new team. It’s still quite a young team, so we have to learn from our mistakes.”

While AlphaTauri shares non-listed components with its sister team, Egginton revealed that they wouldn't be switching to Red Bull's rear end design in 2021 preferring instead to focus on developing the front end of the car. “We thought about it long and hard," he said. “We have to use our resource and budget wisely next year because we have to put a lot of effort into the ’22 car.

"It’s very nice when you can go to the sweet shop and pick what you want, but the areas we want to develop are at the other end of the car.

“We’ve done our due diligence and decided where we want to spend our resource. You can do a lot of work packaging a new rear end, or you can put that resource onto the front of the car

“A wholesale upgrade’s not always the right thing to do," he added. "Some of it you might be thinking ‘why are we bothering?’, it’s not doing anything for us.

“Some of it’s not really aligned with the way we’re going with the car," he said. "Or maybe we’ll make a mistake, or maybe we’ll be under-resourced on another part of the car.

“We’ve taken some steps improving as a team, but now we’ve got to take the next step."

While Gasly remains with the team for 2021, Daniil Kvyat has departed the squad with talented Honda-backed rookie Yuki Tsunoda coming on board. 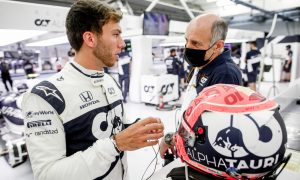 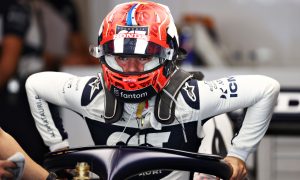 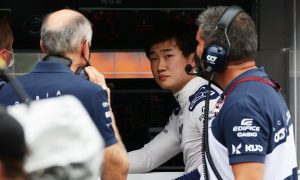