McLaren Racing CEO Zak Brown says that he's very proud of the way that Lando Norris has become involved in supporting the team's campaign for greater mental health awareness in the last year.

Early in 2020, Norris used the time when Formula 1 was under lockdown for the coronavirus pandemic to take a prominent role in McLaren’s partnership with the charity Mind.

As well as raising money for the cause as part of his Esports gaming activities, Norris also opened up about his own mental health struggles as an F1 rookie the previous year, during which he admitted he had been “struggling a lot” at times.

Brown said both Norris and his former team mate Carlos Sainz had done a lot of good work away from the track in 2020.

“I think it’s great,” Brown told `Motorsport.com. "What you see is what you get with both of our drivers. I think that’s one of the reasons why they have been so popular and why Lando is so popular.

"It’s great to have someone who spotlights issues and agendas and it’s done in a very authentic way. I think it’s very important," he said. “We’re very proud that he is so comfortable bringing that issue forward in such a positive way.

"Lando has been a breath of fresh air for the sport, and he’s enjoyable to watch," he continued. "He’s actually a fairly shy person, but that doesn’t come through in his social media.

"He’s just very authentic. I think he’s very comfortable in that environment," Brown explained. "Everything that you see him do, that’s him. He takes that upon himself, it’s genuine." 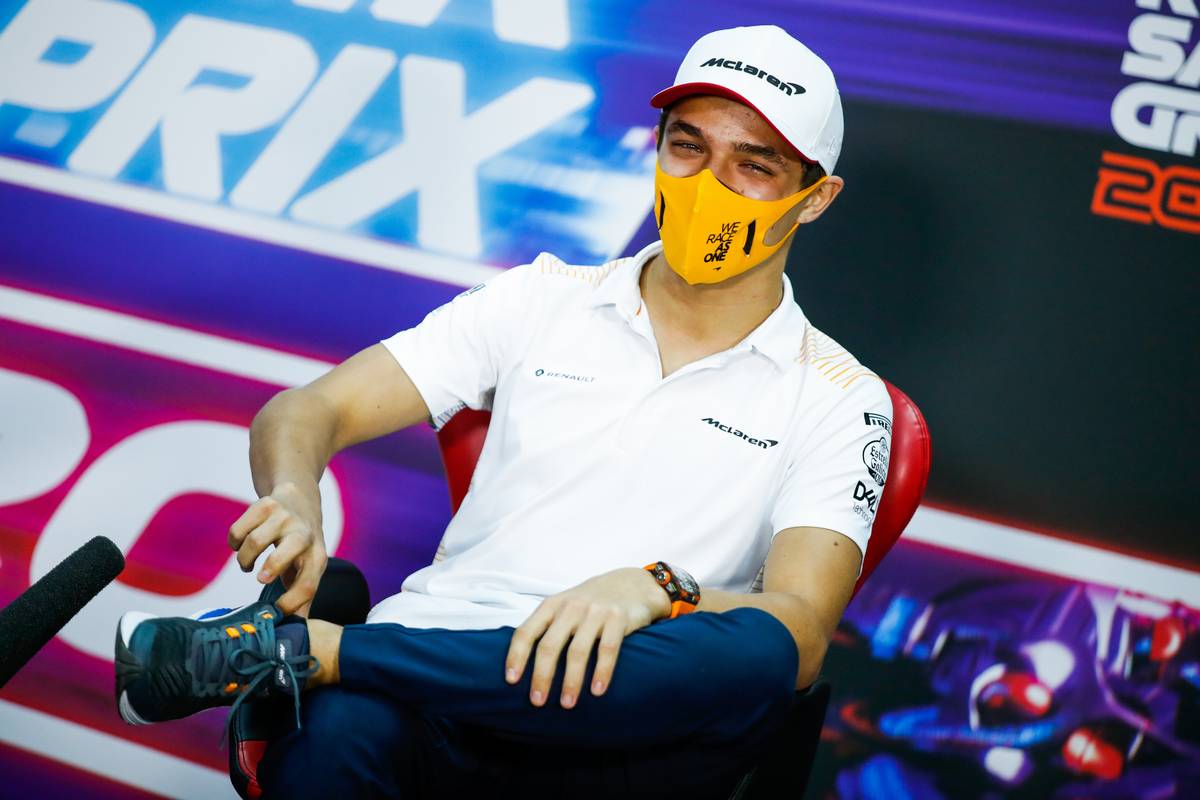 Norris himself said that he had been more confident coming into his second full season of F1, but at the same time acknowledged that the stakes and the pressure had been even higher.

“When you come in as a rookie, people see you as a rookie," he explained. "When you make these little mistakes it’s not the end of the world as you’ll improve it for next year.

“When you come in in your second year they don’t expect to see these things any more - or a lot less than what they saw," he added. “You have this kind of different pressure of having more expectation in some ways.

"You need to perform on that next level, which in a lot of circumstances, I’ve managed to do with my race pace and so on. But there’s still things which are very tough.”

Norris claimed his maiden F1 podium in Austria and finished last season just eight points behind Sainz in the drivers standings, with the pair helping McLaren to third place in the constructors championship.

But this season the 21-year-old will face a tough new challenge in the form of Daniel Ricciardo, who arrives from Renault in the wake of Sainz' departure for Ferrari.