But he added that Hamilton was likely to go sooner rather than later and that he wasn't the sort of person to carry on simply for the pay check.

"I think ten championships and maybe 150 race victories is entirely doable," Brundle said when asked about what Hamilton could yet go on to achieve in the sport.

That's assuming that Hamilton doesn't call it a day and move on to other things. He's yet to sign a new contract with Mercedes for 2021.

“He’s obviously got other ambitions in his life, but I can’t imagine why he would stop in the next five years, or certainly three," Brundle insisted. "Why would he?

“Who do you think will have the most resource and the best package in 2022?” he added when asked if Hamilton would remain at Mercedes. “Or indeed in 2026?

“[But] he’s not going to hang on until the bitter end for a few more dollars, or just to be a Formula 1 driver, and nor will he need to," Brundle acknowledged. “My gut feeling is he’ll stop a year early rather than a year late.

“He’s 36 years old on January 7. Most of the young guns aiming to knock him off the pedestal are ten to 15 years younger than him and he still turns up with his 'A' game, full of energy, pushing like crazy.

Last year was certainly a banner season for Hamilton. As well as equalling Michael Schumacher's all-time record of seven F1 titles, he was also named BBC sports personality of the year, Laureus World Sportsman Of The Year and GQ’s Game Changer Of The Year

He was also included on Time magazine's list of the 100 most influential people in 2020, but the undoubted highlight was the long-awaited awarding of a knighthood

“If anybody in sporting terms deserves this recognition then surely it’s Sir Lewis Hamilton," Brundle said. 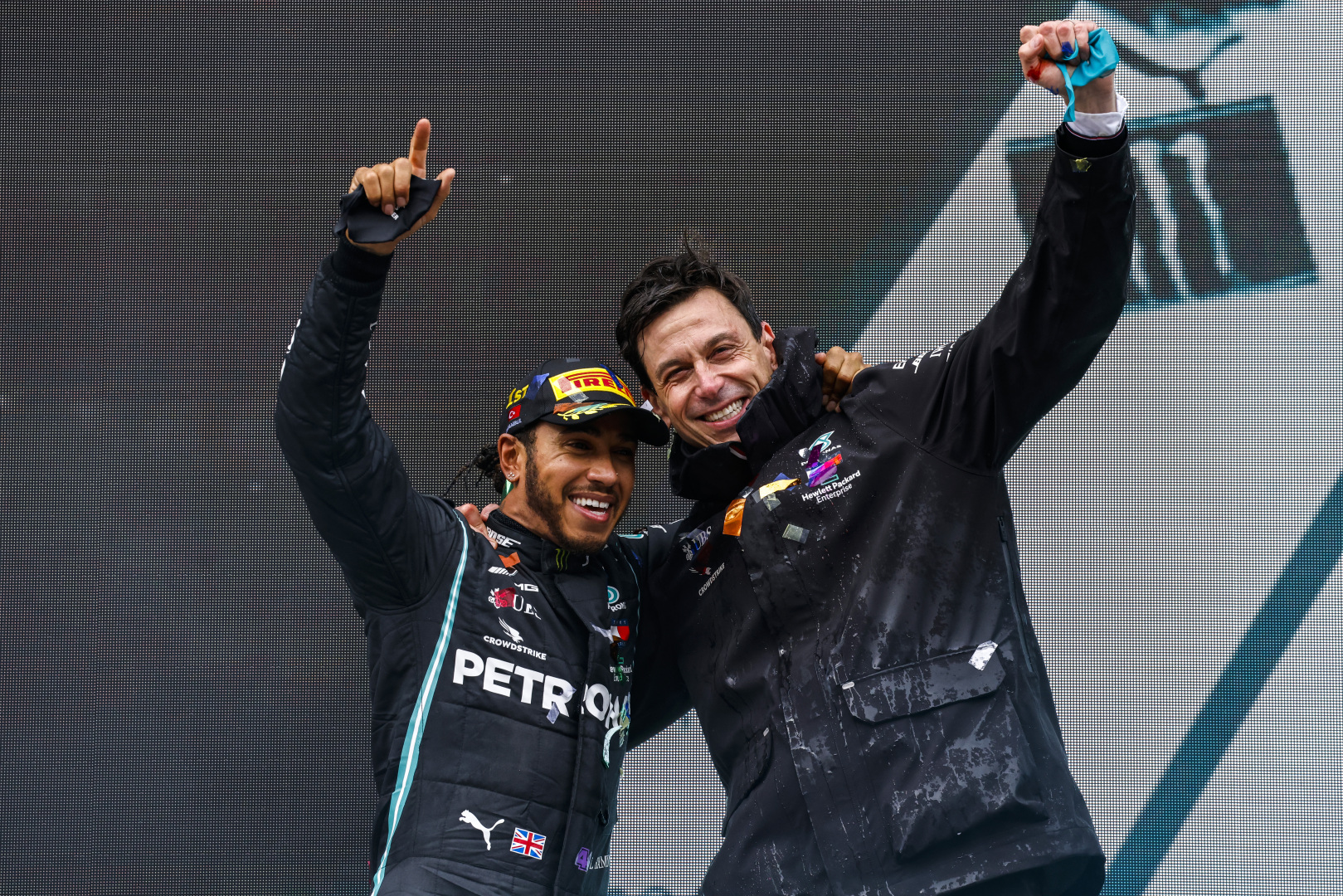 “When we see Lewis up on the podium and we hear the national anthem, and we see him with the Union Flag and being crowd-surfed at Silverstone, it all sums up in terms of underlining what he has achieved in representing Great Britain and Formula 1."

The knighthood was also warmly welcomed by Mercedes boss Toto Wolff, who told the Mercedes website: “Lewis is one of the very greatest racing drivers of all time and the most successful British sportsperson of his era

“Around the world, he has long been recognised for his sporting achievement," Wolff added.

“The news that he is to receive a knighthood shows that he is now receiving the recognition he has earned during a career of unparalleled success in motorsport.

"The UK can be very proud to have a champion and ambassador of the calibre of Sir Lewis Hamilton.”