Esteban Ocon says he is aiming to emulate this year the step-up in performance enjoyed last season by his former Renault teammate Daniel Ricciardo.

After a year on the sidelines, Ocon struggled to find his feet with the French outfit at the outset in 2020.

But gradually, as the campaign unfolded, progress took hold, with the 24-year-old securing his first career podium in F1 at the penultimate round of the season at Sakhir.

Ocon now hopes to carry his momentum forward and eventually achieve another "step up" in terms of performance.

"We've seen that it's not easy to switch teams, even for people that have been racing," he said, quoted by motorsport.com. "And on top of that, I had a year off so I had to get back up to speed, and also learn to work with a new team.

"So I'm definitely aiming to do a bit like what Daniel [Ricciardo] did for his second year – which is step up and continue the progress that we have been doing this year.

"That is definitely the aim." 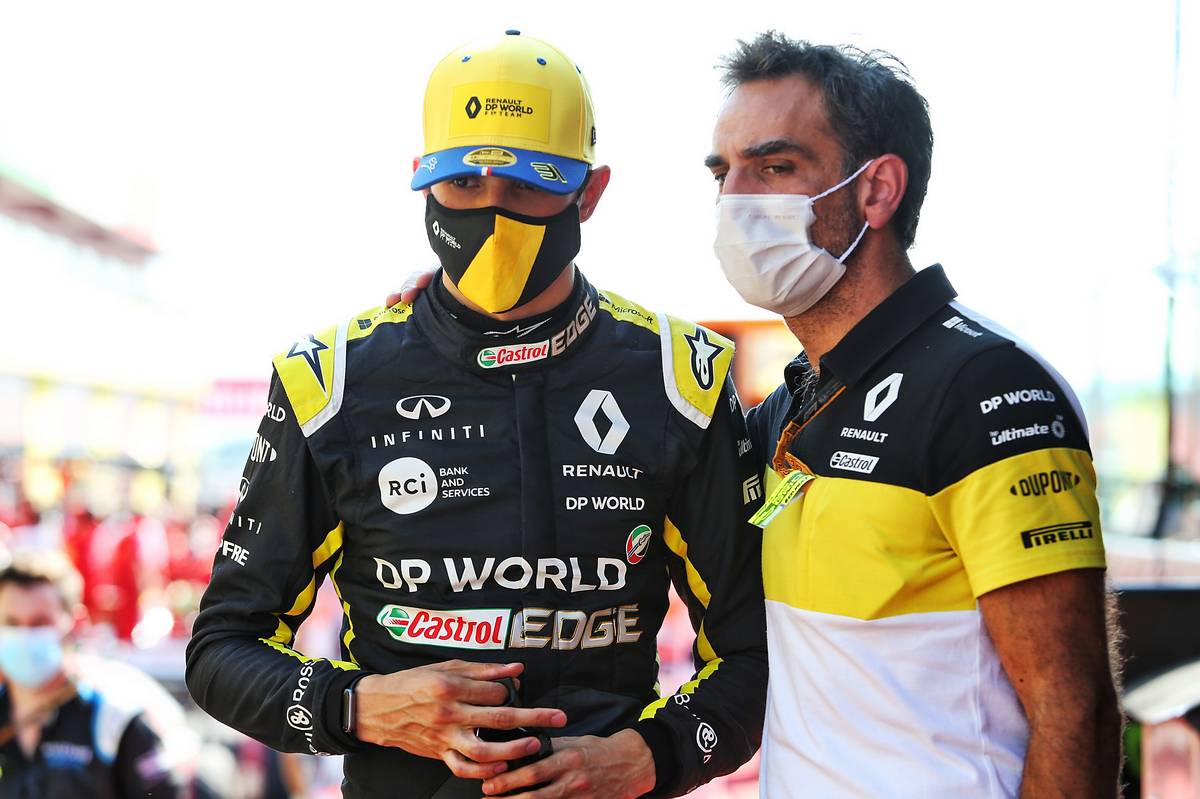 Before of his progress in the back half of the 2020 season, Ocon's performance shortfall relative to Ricciardo was singled out by his critics.

Yet, he insists he never felt mentally defeated or pressured by Renault's management during the difficult times.

Far from being tempted to turn up the heat on his young gun, team boss Cyril Abiteboul provided support and a few crucial pre-race encouragements, like at Sakhir.

"I had a chat with Cyril just before the race and Cyril, even in tough moments, was always very supportive of me and very positive.

"He was always giving me good advice, and that is good when it comes from the boss just before you jump in the car. It means you're relaxed, and you're confident."

"We didn't have a great qualifying, but he came and he said: 'Look, you know, it's going to be an interesting race, and there’s a cool strategy to come up with. So you are going to have a strong one, you know. Take your time, it's going to come. Good luck'.

"That's all he said, but that was really good. So I didn't feel the pressure.

"But obviously, it's good, and it's clear I hope now, that the team can truly say that they can rely on me in tough moments. And that, if we are in difficult moments in the race, I can be strong and do the job."