Antonio Giovinazzi says that a new one-year contract with Alfa Romeo for 2021 will only serve to give him added motivation to show what he can do.

An underperforming car left the 27-year-old Italian struggling during his sophomore season with the team. He was just 17th in the final driver standings with a mere four championship points to show for his efforts.

But Giovinazzi insisted that he'd improved as a driver last season and that his performance compared favourably to his team mate Kimi Raikkonen in the same car.

"I’m really happy with the progress that I did during the season and especially compared to last season," he told Crash.net in an exclusive video conference via Zoom.

“Of course I’m still young and I need to improve a lot more," he continued. "Next season I want to do another step, and hopefully I can have a better car to fight more in front."

An embarrassing accident during the Belgian Grand Prix in August looked to threaten Giovinazzi's race seat, but he was able to bounce back with a points finish in the following race at Monza.

“I wanted to do well at that moment, and I think I did the right fix - turn the page and have a great result in Monza."

It certainly appeared to help convince team principal Frederic Vasseur to retain Giovinazzi for 2021 in an unchanged line-up alongside Kimi Raikkonen. But it's only for one year, with management keeping their options open for 2022.

“I’ve always had pressure in my career,” Giovinazzi said of the need to waste no time staking his claim for a longer tenure. “Nothing was easy for myself, I’ve always had to fight and everything and it’s like this.

“For most of the drivers it’s like that," he pointed out. "You need to drive also with the pressure, that is part of the game here in F1.

"I’ve always said it’s an added motivation for fighting for the seat for the next season so I will also do that next year.” 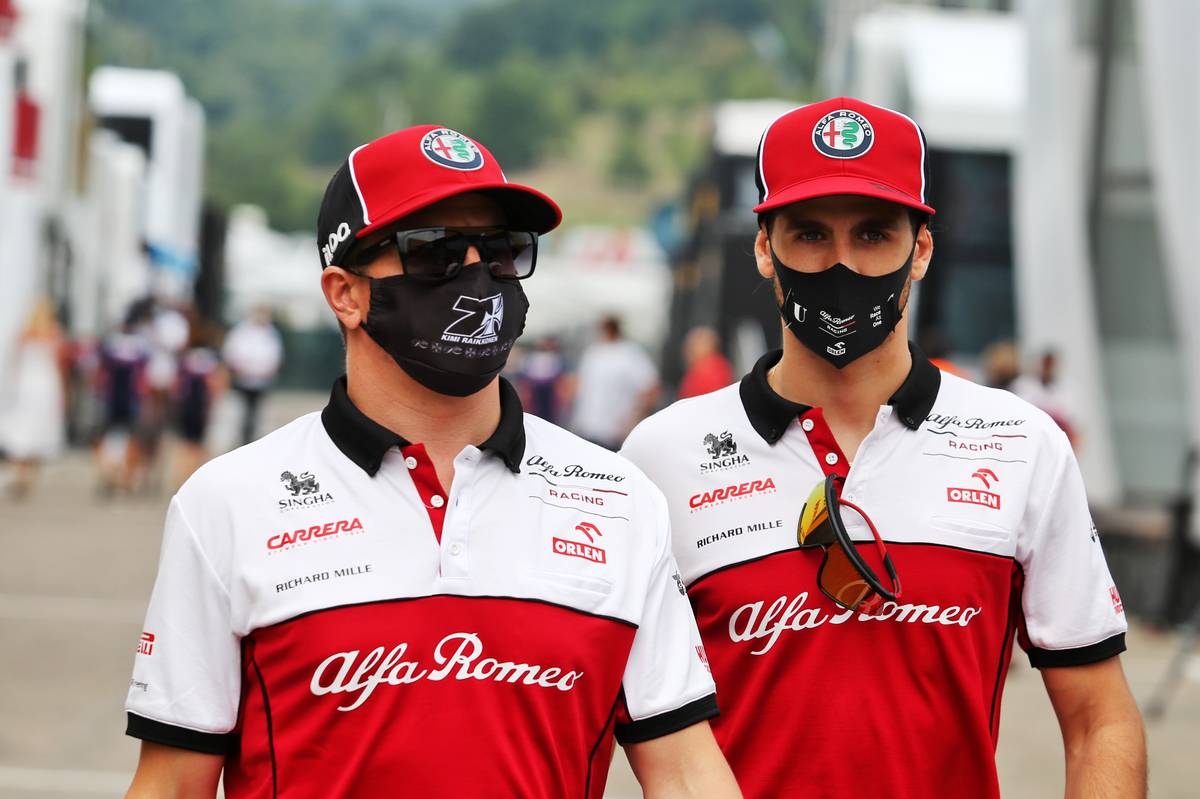 And Giovinazzi is happy to extend his on-track partnership with 2007 world champion Raikkonen. "Ot’s been a few years with him and I’ve always had a good relationship with him,” he said. “I’m really happy with this.

"I think also for the team, it’s really important to have two drivers who have a good relationship and work well together," he suggested. "I think he is still one of the best on the grid, he’s a world champion driver with a lot of experience.

"For me to be in front of him, to be fighting with him, it’s something important for my career and also for the people who watch F1. I’m really proud of this.

"You need to look always at your teammate because in the end, he’s driving your car in the same team and the first driver that you want to beat is him,

"So I’m really happy also to continue next season with him, because I think I can still learn something from him."